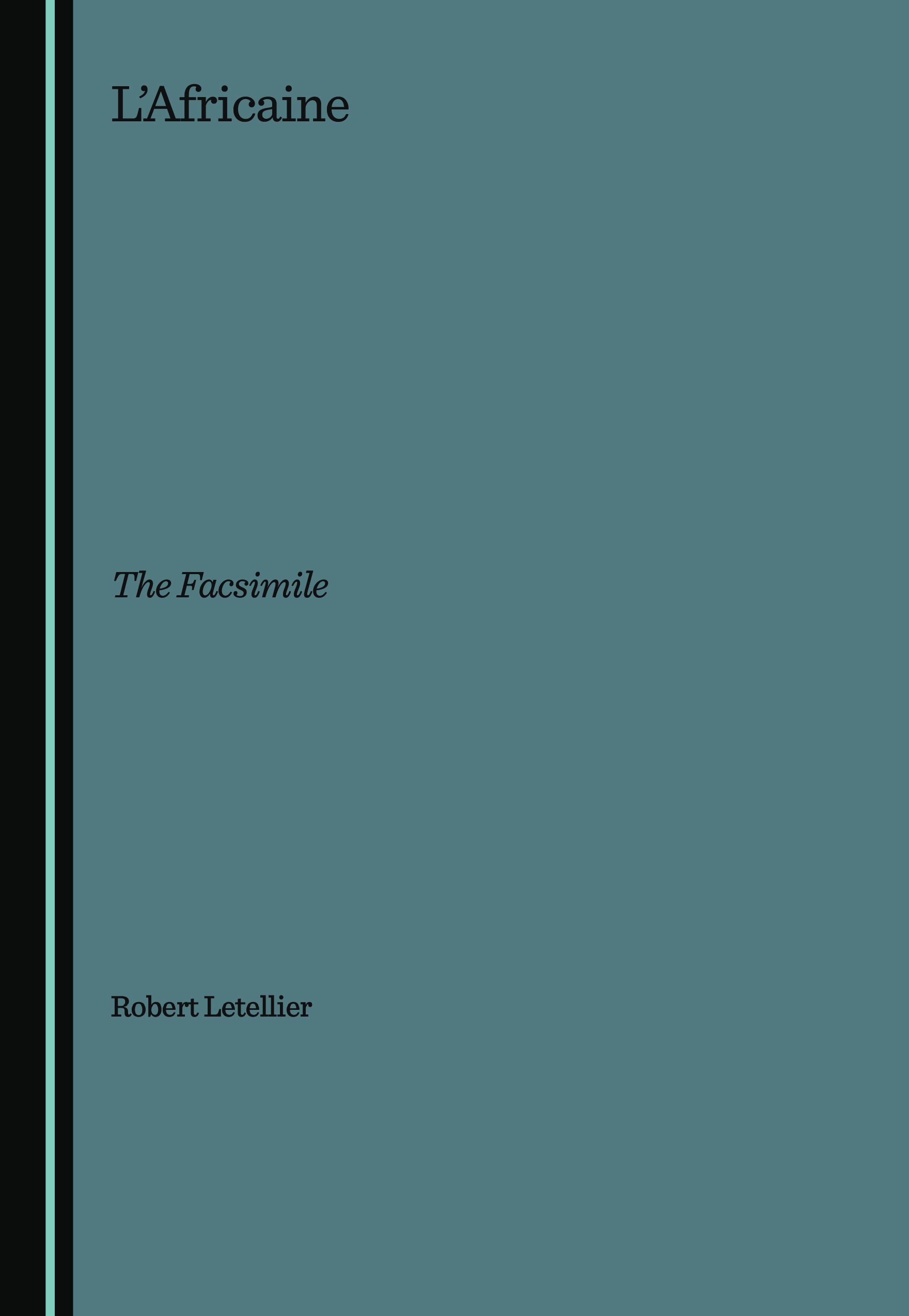 The genesis of Meyerbeer’s last opera, L’Africaine, is something of a legend. He had first considered the subject in 1837 when Scribe presented him with two new drafts, intended to clinch the triumphant successes of Robert le Diable (1831) and Les Huguenots (1836). The composer began composing Le Prophète immediately, but had the other project ever in his mind. By 1843 a piano score was ready, but the subject as it stood then, concerning Fernando da Soto explorations in West Africa, did not satisfy Meyerbeer. Scribe was asked to rewrite the libretto in 1851, with the hero changed to Vasco da Gama, and focussed on his epic voyage around the Cape of Good Hope to India. A new contract was signed in 1857, and the greater part of the opera was written between 1857 and 1863, in spite of the Meyerbeer’s growing debility. A copy of the full score was delivered to composer the day before he died on 2 May 1864.

The opera was performed in a version prepared by François-Joseph Fétis a year later, 28 April 1865, and was a glorious posthumous tribute to its creators. It caused tremendous enthusiasm, and became enormously popular, being performed 60 times in the first four seasons, and eventually receiving 485 performances in Paris until the end of the century. In its glorious vocal writing, resplendent orchestral colouring and fragrant exoticism, it was a source of delight to many, like Franz Liszt. Even in the midst of his residency in the hallowed grounds of the Vatican in May 1865, he was working at Meyerbeer’s last opera: “L’Africaine was the newest sensation of the theatrical music. The heavy brassy Rococo of its strains, its military ensembles, the number of its figurants, as numerous and diverse as a circus train met with upon the road, these worldly contrasts were such a delight to Liszt that his fantasia upon the opera assumed double form and took up two volumes.”1

L’Africaine also shows a progression, even a deepening, in Meyerbeer’s style, with a melodic language that is more Italianate in concept and line, as if Meyerbeer’s sojourn in Italy in 1856 had it subliminal effects.2 Tunes are more like recitatives in style, and come across as much loftier, more serene and aloof:3 It certainly appealed to the singers of the Golden Age, and during the first part of the twentieth century was a favourite of many great tenors (Caruso, Martinelli, Gigli, Bjorling, Piccaver), and later of Domingo.

This facsimile of the composer’s manuscript is particularly fascinating. It is clear and hardly annotated at all, and uniquely gives us Meyerbeer’s original intentions before the process of editing and adjustment which he always undertook at rehearsals, in response to dramaturgical exigencies and pressures of time.

Robert Letellier is a Meyerbeer scholar who has published extensively, including a four volume English version of the composer’s diaries.