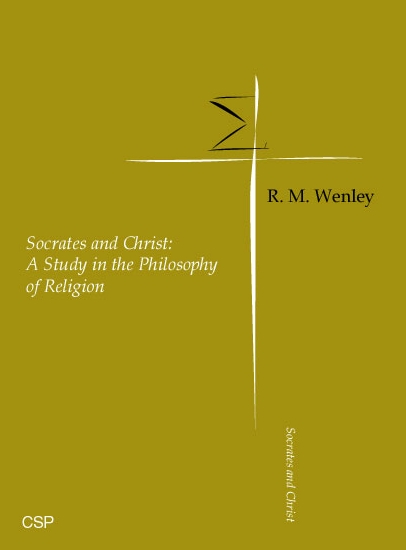 “An attempt has been made,” writes the author in his preface, “to show that the development of Greek thought and the peculiar character of Judaism necessarily rendered Christ’s work different from that of Socrates. While dogmatic theology undoubtedly contains very many elements derived from Greek philosophy, Christianity at its source is in no wise Greek. Philosophy partly prepared the way for it, and originated not a few doctrines which afterwards became incorporated in Christian dogma. This, however, was only a secondary relationship.”

In this attempt, the author avoids making any new groundbreaking assertions, and focuses instead on the main currents of scholarship that the two poles have attracted. In Wenley’s own words, “no pretence is made to trench upon disputed points of creed.” And this is what makes the book such a useful companion to anyone interested in obtaining an overview which is objective, informative, and all-encompassing.