Home / Buy A Book / Social Sciences / The X-Files and Literature: Unweaving the Story, Unraveling the Lie to Find the Truth

The X-Files and Literature: Unweaving the Story, Unraveling the Lie to Find the Truth 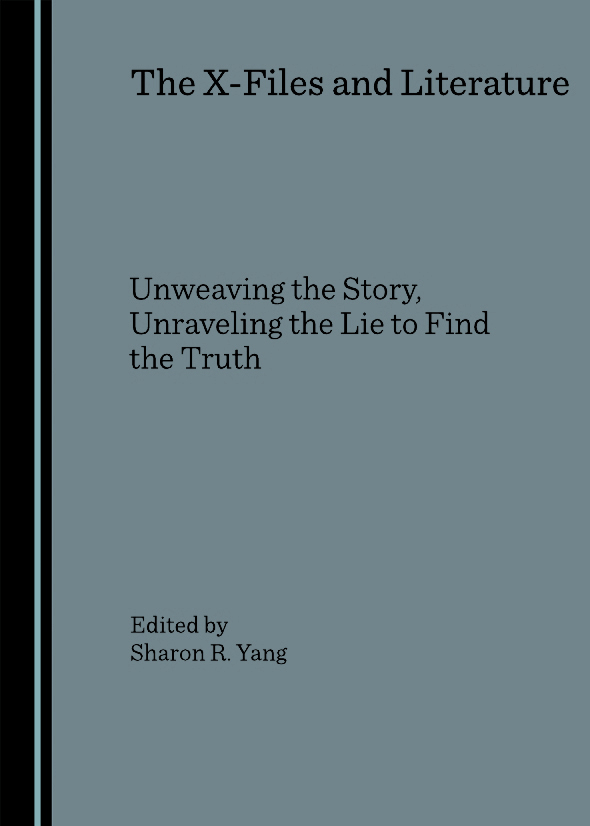 The X-Files and Literature: Unweaving the Story, Unraveling the Lie to find the Truth provides an innovative and valuable exploration of the groundbreaking television program. Although much academic work has been devoted to the social, psychological, and spiritual significance of The X-Files, until this collection none has fully addressed the series’ rich adaptation of literature to interrogate our perception, definition, or recounting of the “truth.” This collection not only unveils new twists and insights into expected connections between The X-Files and Gothic writers or with its modernist and post-modernist slants on narrative, plot, and characterization. The X-Files and Literature also delves into some unexpected literary sources shaping the series, such as the Arthurian quest, Catholic and Biblical mythology, folkloristics, and James Fennimore Cooper and the “vanishing American” mythos. This collection of essays covers both how The X-Files works with literature’s own constantly morphing definition and portrayal of truth through form and content, as well as how the television program may or may not subvert our own contradictory expectations and distrust of literature’s providing us with enlightenment.

"As television becomes more and more literary, with shows like Lost and Gilmore Girls sending us off to the bookstore and the library so we might read them more carefully, a book like The X-Files and Literature is welcome indeed. Sharon R. Yang’s diverse collection on one of Nineties’ TV’s richest texts finds the truth of the gothic and the Arthurian and the folkloric, of the postmodern and the metafictional, of Poe, Pynchon, Cooper, Nabokov, and Tennyson, not just “out there” but in the perhaps too complicated narrative of the perpetually frustrated quests of Mulder and Scully. Valuable-in-itself as an intellectual exercise, its real worth may come when we put the book down and return, smarter, better readers, to the primary text."

"Sharon Yang's X-Files collection deals with an important subject addressed by thoughtful writers. The idea that television can be seen as a branch of literature is certainly sustained by The X-Files, and the contributors to this volume succeed in making the case. Brian Hauser on Fenimore Cooper, Cary Jones on Mary Shelley, Tamy Burnett on Poe, Thomas Argiro on Pynchon, Matthew VanWinkle on Tennyson-these and more explore the connections with The X-Files not only in terms of sources but also themes and techniques. Both students of television and literature will want to own this book."

Sharon Yang is an Associate Professor or literature in the Department of Language and Literature at Worcester State College in Massachusetts. Her teaching and research interests include Renaissance and nineteenth-century British literature, the Gothic, and film.