The Arab Authoritarian Regime between Reform and Persistence 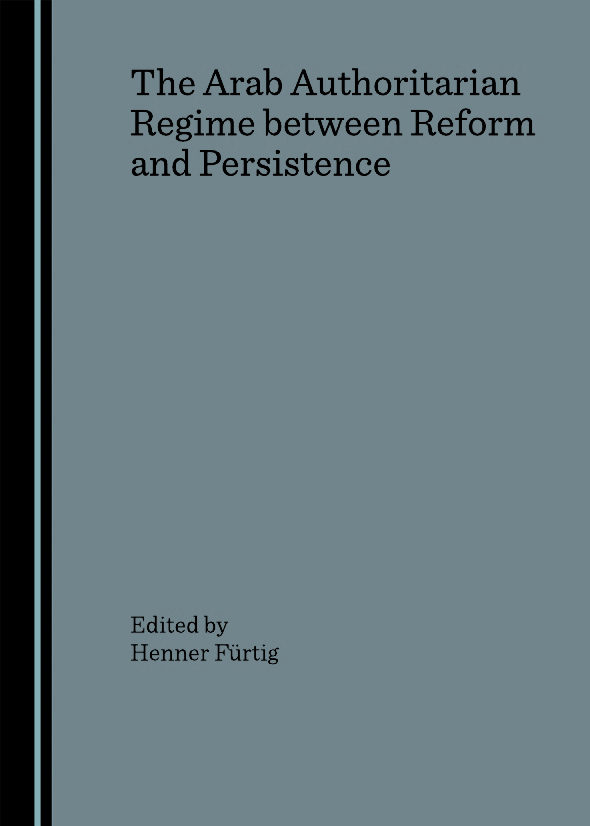 Economic and/or political liberalisation became a symbol of Arab authoritarian regimes since the initial phase of the “third wave of democratisation” in the early 1990s. Arab rulers found out that liberalisation could help strengthening their authoritarian rule; it diminishes both internal and external pressure and increases their legitimacy. While the regimes soon figured out that the West finally preferred stability and the containment of Islamic militancy to uncertainty caused by democratic “experiments”, 9/11 proved the failure of this unwritten agreement. Based on the experience that democracies do not wage wars against each other, the U.S. government came to the conclusion that only a sincere advancement of human rights and democracy in the Islamic world would – in the long run – avoid a repetition of 9/11-like events.

The book analyses in detail how selected Arab regimes from Morocco in the West via Egypt in the centre to Syria and Palestine in the East reacted to this new, unprecedented challenge. Most of them promised a substantial intensification of the liberalisation process. Therefore, the book had to answer the question whether the current reforms are still rhetorical and cosmetic or real and radical, i.e. whether they once again rather foster the authoritarian regimes or lean towards the promotion of democratisation this time. Although a certain surplus of freedom for the ruled could be measured, the book resumed that the liberalisation process is still opposed to democratisation insofar as the authoritarian elite continues to use it as a tool to avoid democracy.

Nevertheless, the authors did not stop here. They stated that under the complex circumstances of the modern world even rational actors such as Arab regimes cannot assess all the long-term consequences of their actions. Therefore, they cannot definitely be sure whether a specific measure contributes to the strengthening or to the weakening of their rule. Unintended, the reforms may result in long-term developments which are detrimental to the interests of the authoritarian elite. In other words, if certain liberalisation policies increase the legitimacy of the authoritarian rule in the short run, it still cannot be excluded that they may destabilise the system in the long run, i.e. democracy may come “by accident”.

Henner Fürtig is a Senior Research Fellow at the GIGA-Institute of Middle East Studies in Hamburg, Germany. He specialised in contemporary history and politics of Egypt and the Gulf Region including Iraq and Iran. He published extensively in German and English, latest: Iran’s Rivalry with Saudi Arabia between the Gulf Wars. Reading: Ithaca Press 2006 (Paperback Edition, Hardcover 2002).