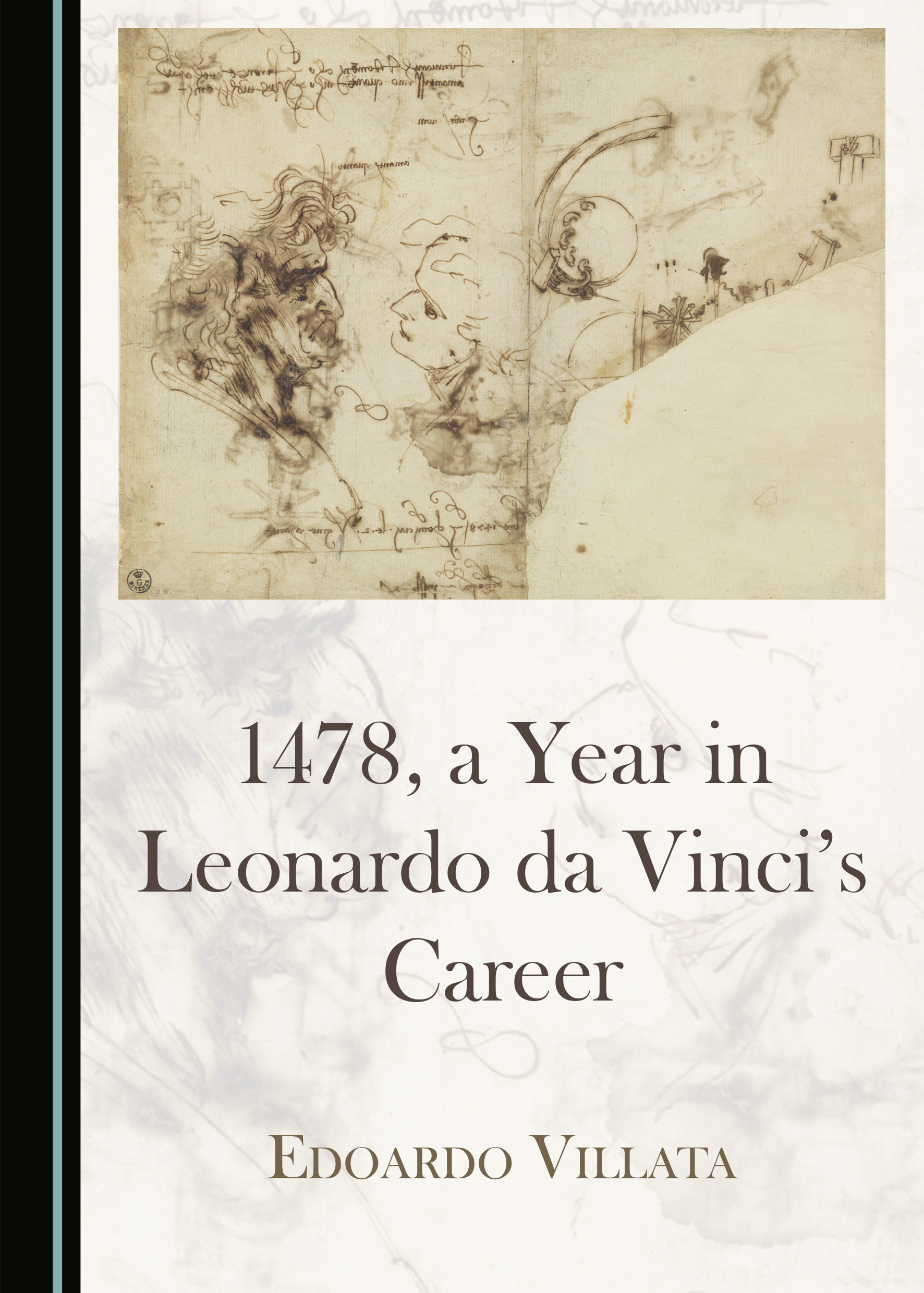 1478 was the year in which Leonardo da Vinci, aged 26, obtained his first official commission and witnessed the Pazzi Conspiracy against the Medici family. In that year, he probably opened his independent workshop, leaving that of his master Andrea del Verrocchio, and, in its final months, he began to paint two paintings representing the Virgin Mary. One of these paintings is very likely the Benois Madonna at the State Hermitage, St. Petersburg; a work that marks a strong change in Leonardo’s style and power of expression and his representation of light and human emotions.

This book provides an in-depth analysis of Leonardo’s growth as an artist in this year, detailing his training, his culture, his collaboration with Verrocchio, and his engagement in the artistic and cultural life of 1460s and 1470s Florence.

Edoardo Villata is Associate Professor of Western Art History at the Northeastern University, Shenyang, China. The recipient of grants from the Ente Raccolta Vinciana, Milan, and the Compagnia di San Paolo, Turin, he has served as Adjunct Professor at the Università Cattolica, Milan, and Visiting Lecturer at Károli Gáspár University, Budapest. He is author of books on Leonardo da Vinci (1999, 2005, 2015), Macrino d’Alba (2000), Gaudenzio Ferrari (2004), Bramantino (2012), Pordenone (2016), and Grünewald (2018), and is the curator of several exhibitions.

“It doesn't matter whether one is a specialist, an art historian, or an enthusiast: page after page, the reader is captured by a crescendo in which he never loses the thread, but which in concentric circles progressively embraces many pages of Italian and European art, until it leads us to the explosive rainbow of the Stuppach Madonna by the great Mathis Grünewald, a great classic of Villata's researches. Those who think that there is really no more room for research into Leonardo's life and art, other than a stifling rummage through details that are of little or no relevance at all, or vice versa the esoteric occasion for some amazing adventure, will discover a witty book, full of food for thought and new insights. With an added value: the ever-present feeling of gratitude towards the old masters and towards works that continue to make our lives more beautiful. Famous masterpieces, observed with fresh eyes and well-considered documents, alternate with courageous proposals, especially in the field of sculpture. Leonardo, in short, is a continent still worth delving into, and Villata is a very reliable explorer.”
Stefano Zuffi
Il Cantonetto, Anno LXVIII, N. 2

“Villata’s monograph is a compact volume, modest in its physical dimensions but monumental in its research to establish the chronology of Leonardo’s early career. […] The monograph has an exceptional scholarly apparatus that incor¬porates the most recent scholarship on Ver¬rocchio, Leonardo, and others (the book was written in 2020). […] The book is well-illustrated and the layout is judicious in that one can refer Villata’s de-tailed stylistic analyses easily to the images, an important feature when he discusses the less familiar work of artists who collabo¬rated with Leonardo or refers to details of works that provided his artistic models. […] [Villata] certainly breaks new ground when he introduces comparands ranging from the expected discussion of a marble relief of Madonna and Child variously attributed to Desiderio da Settignano or Donatello (Villata’s choice) in the Victoria and Albert Museum to the unexpected discussion of paintings by Grünewald.”
Claire Farago
Professor Emerita at University of Colorado Boulder; Critica D’Arte, 11-12