Home / Buy A Book / Social Sciences / Perspectives on Synchronicity, Inspiration, and the Soul

Perspectives on Synchronicity, Inspiration, and the Soul 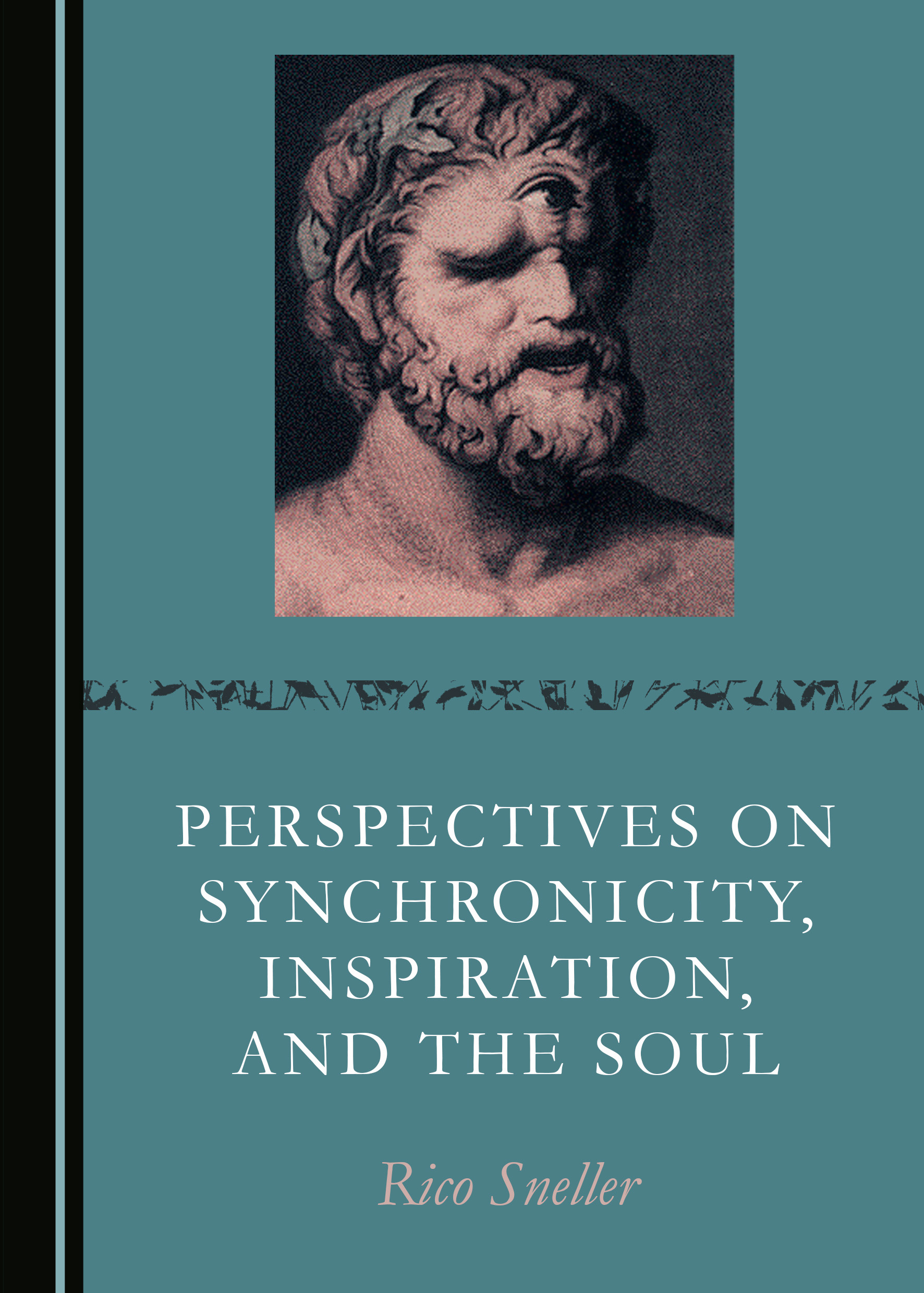 This book explores the notion of the human psyche (‘soul’) and its continuing usefulness in the background of the ongoing and always accelerating techno-scientific revolution. The main argument here follows the assumption that this revolution, while not necessarily being a threat to humankind, is often blind or ignorant as to its subject, the ‘human being’.

In the first chapters, the reader is invited to reflect on the notion of ‘thinking’ as a phenomenon of consciousness that transcends merely ‘having thoughts’. Relating thinking to consciousness requires reconsidering the phenomena of ‘inspiration’ and ‘ecstasy’. Provided that such a thing as ‘inspiration’ exists, it makes sense to revise the solipsist or substantialist account often given of the human mind. The book defines inspiration as a ‘clairvoyance of one’s psyche’, and ecstasy as the experience of this clairvoyance.

Next, a case is made for synchronicity experiences as a key to a better understanding of the human psyche. While being enigmatic all throughout, synchronicity experiences, both on the individual and on the collective level, help overcome both subject/object and body/mind dualisms. It is not likely, though, that the solution they could offer will be readily accepted by (what is called) ‘science’ today, since it challenges one of the latter’s basic premises, ‘causality’. As a more concrete example of a condensed synchronicity experience, the author dwells on ‘physiognomy’.

In the final chapter, death and suffering are discussed as extreme, and therefore relevant, experiences of consciousness. The book interprets death in terms of ‘enhanced subliminality’, and ‘suffering’ as unconscious resistance against maturing.

Generally, this book explores a psycho-philosophical tradition, rooted in Romantic thinking (from Schelling and Schopenhauer until Klages and Jung), which has hitherto been unjustly neglected, if not repressed, by mainstream materialism and positivism. It makes a strong case for an intellectual account of the soul.

Rico Sneller has been teaching Continental Philosophy and Ethics at Leiden University, Faculty of Humanities, and the Technical University of Eindhoven, the Netherlands. He is the Vice President of the global think-tank and network organisation APGC, and responsible for strategic planning and policy-making for the network as a whole. His current research focuses on exceptional states of consciousness in relation to philosophy. With Hans Gerding and Hein van Dongen, he published Wild Beasts of the Philosophical Desert: Philosophers on Telepathy and Other Exceptional Experiences (2014). Together with Mahmoud Masaeli, he edited a series of books on global ethics, development, and spirituality.

“This marvelous book begins with a sublime quote of Cioran: “It has been a long time since philosophers have read men’s souls. It is not their task, we are told. Perhaps. But we must not be surprised if they no longer matter to us”. And indeed, [this book] treats a problem which has already for a long time been almost banned from the philosopher’s agenda. Whereas the philosophy of the mind is still a respectable branch the philosophy of the soul is considered to be obsolete and outdated. More and more, however, philosophy becomes aware of the limits of rational thinking. More and more it becomes aware of its own spiritual vacuum. More and more it realizes that our current civilisation is in urgent need of what Henri Bergson so eloquently called “the supplement of the soul”. In that respect the philosophy of the soul looks more and more like a philosophical domain that is waiting to be rediscovered or reinvented. [This book] is a welcome and courageous attempt to fulfil this urgent task. […] Rico Sneller has written an inspiring, innovating book opening up a new paradigm of the soul, which will undoubtedly inspire future generations and further philosophical inquiry!”
Professor Antoon Van den Braembussche
Free University of Brussels

“When I picked up Rico Sneller's fantastic book, Perspectives on Synchronicity, Inspiration and the Soul, I expected anything but an invitation to celebrate the possibility of renewing the tradition of metaphysical reflection. […] Having read it, the aspect meriting emphasis above all else, I believe, is its reinvigoration of the hope that metaphysics is still not dead.
In this rich, dense, creative and very candid philosophical project, Sneller demonstrates precisely how metaphysical inquiries can, and should, be conducted in the twenty-first century. […] [The book’s] cautioning against philosophical arrogance, taken from Heidegger without following him on the path of terminating the Western metaphysical tradition, is also demonstrated by the dazzling diversity of academic disciplines, intellectual and spiritual traditions, and creative channels that unfolds. In addition to the interdisciplinary application of theories in psychology, anthropology, and even biology, we encounter a consistent presence of the Sutras of Patanjali and the Bhagavad Gita, alongside a serious, learned and inquisitive exploration of artworks: literary, plastic, visual. Aesthetically, this is an inspiring experiment that posits extra-academic, extra-philosophical materials on a par with philosophical reflection.”
Dr Orr Scharf
University of Haifa, Israel

“Rico Sneller’s book is, hopefully, trailblazing. The dominant modern ideology has for too long muffled discussion on a topic that is both perennially crucial and urgent for our times: the topic of soul. In soul-sick times such as ours, we must once again study the nature, meaning and health of the soul, eschewing the ideology that, stealing the cause of empiricism, insists that so much of human experience be ignored; and that, in the name of a brutish version of liberalism, insists that all knowledge must be exoteric, that knowledge that is available only to specific subjects is necessarily a form of charlatanism. Under such an ideology, matters of soul are poo-pooed as matters of imagination, subjectivity, or, at best, psychiatry. Sneller bravely does away with this ideology and adopts a correct epistemology for exploring the soul: it is empirical and deictic (in that the experiences that form the basis of soul knowledge can only be pointed to, and are either recognized or not by listeners); and it is esoteric (in that a subject must undergo preparation in order to undertake it, a preparation that allows for recognition of other suitable subjects). Sneller proposes a kind of bold phenomenology that recognizes that the eyes of the soul need training.”
Germán Bula
Professor of Philosophy, Universidad de la Salle, Colombia