Aftermath of the Holocaust and Genocides 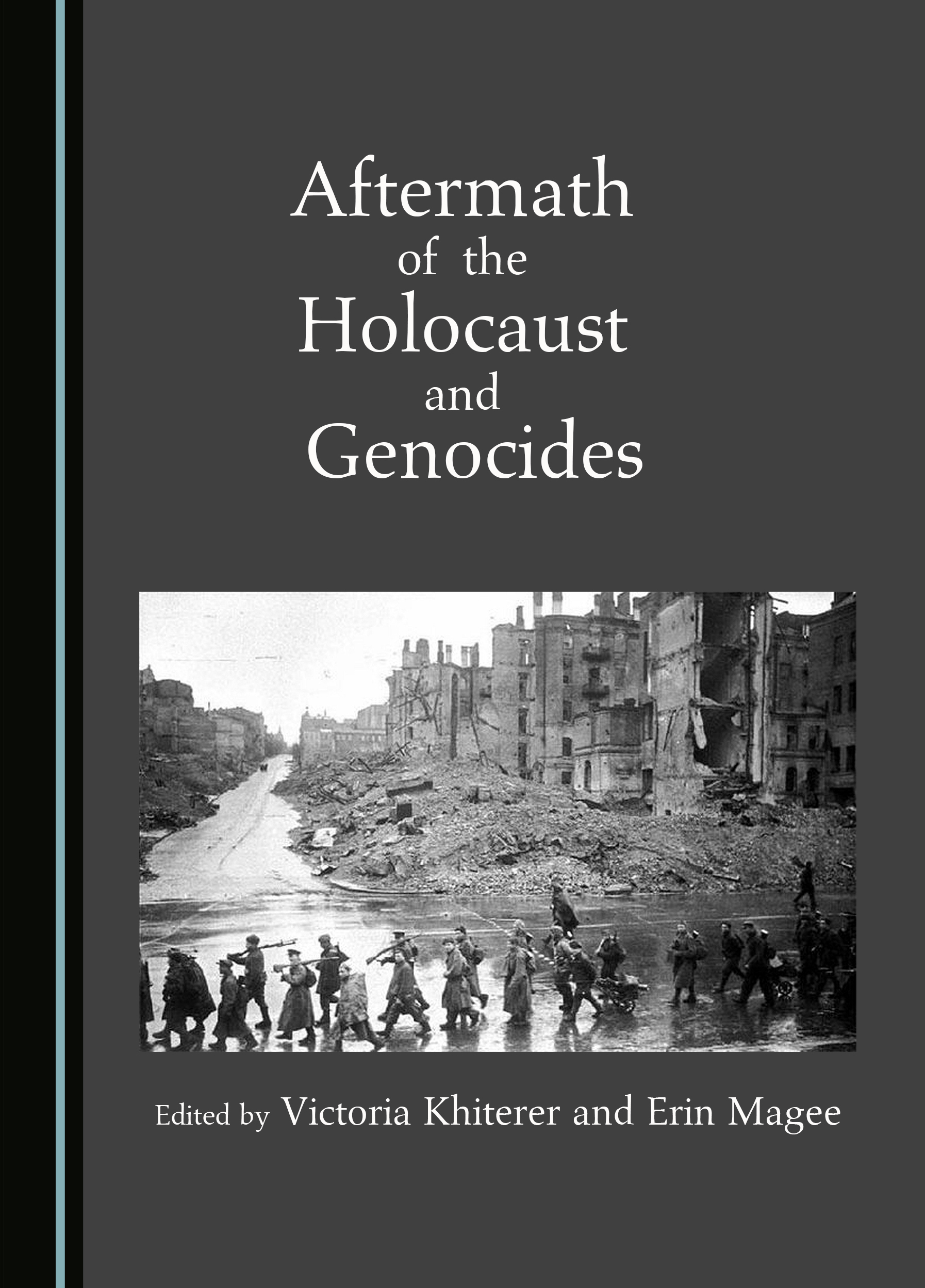 Victoria Khiterer is Associate Professor of History at Millersville University, USA. She is a founding member of the Scientific Council of the Babi Yar Holocaust Memorial Center in Kiev, Ukraine, and is the author and editor of six books and over 100 articles on Russian and Eastern European Jewish history. Her recent publications include Jewish City or Inferno of Russian Israel? A History of the Jews in Kiev before February 1917 (2016) and Jewish Pogroms in Kiev during the Russian Civil War, 1918-1920 (2015), and she is the editor of The Holocaust: Memories and History (2014) and Holocaust Resistance in Europe and America: New Aspects and Dilemmas (2017). She is currently working on her new book, Echo of Babi Yar: Commemoration and Memorialization of the Holocaust in Kiev.

Erin Magee is the Graduate Assistant for the Millersville University History Department. She is currently studying for an MA in History, and will graduate in Spring 2020 with a concentration in Colonial America. She was the recipient of the John W. Loose Research Award in Spring 2019 for her project “Building Lancaster County: The Yeates Family”. She has served as President of the Millersville University Phi Alpha Theta academic honor society since Fall 2018.

“Aftermath of the Holocaust and Genocides is an essential work that explores the continuing aftereffects of genocide, the myriad ways in which the tentacles of genocidal devastation extend well beyond temporal or spatial boundaries. Through a selective exploration of literature, historical narratives, and film, the contributors to this important volume raise crucial questions of testimony, of moral and ethical reckoning, and of the limits of representation. This is a compelling and valuable book for scholars and teachers alike.”
Victoria Aarons
O.R. and Eva Mitchell Distinguished Professor of Literature, Department of English, Trinity University, USA

“This important and path-breaking book examines the aftermath of the Holocaust, the genocide of the Armenian people during the First World War and the Holodomor (the state-organized famine in Ukraine in 1932-33), as well as the representation of the Holocaust and genocides in literature, press and film. It is essential reading for all those interested in the way societies were transformed by genocidal violence and how this was subsequently remembered.”
Antony Polonsky, Emeritus Professor of Holocaust Studies, Brandeis University, USA; Chief Historian, Museum of Polish Jews in Warsaw