Home / Buy A Book / Physical Sciences / Time for Architecture: On Modernity, Memory and Time in Architecture and Urban Design 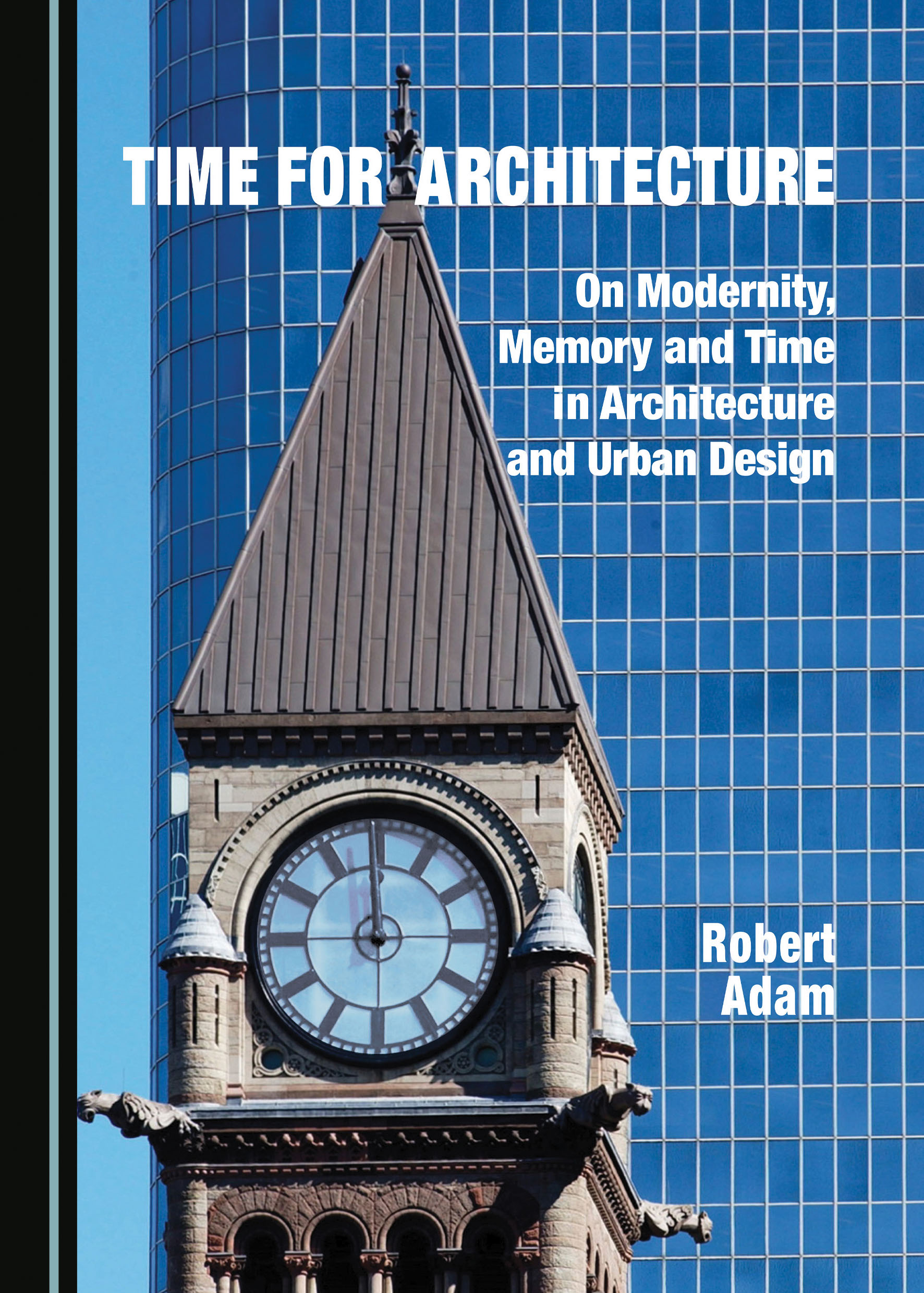 Using time as a unifying theme, this book critically analyses many of the key concepts in modern architecture and urban design, such as modernity, innovation, timelessness and sustainability. Drawing on the statements of contemporary architects and with reference to a wide range of sources from history, philosophy, sociology and anthropology, as well as studies in diverse subjects such as science fiction, colonialism and archaeology, the text provides a new perspective on much of the thinking behind contemporary design. In addition, it develops original and practical theories on the meanings of modernity, the variable ageing of the environment, the central role of longevity in sustainability, the significance of authenticity in conservation, and the relationship between collective memory and tradition.

Robert Adam received his architectural education at the University of Westminster, London. He was a Rome Scholar in 1972-3, and in 1977 became a director of the architectural and urban design practice now known as ADAM Architecture. He is a Visiting Professor of Urban Design at Strathclyde University, UK, and has published numerous papers and articles on architecture, urban design, heritage policy, design philosophy and history. He has sat on English government design review bodies, and was honorary secretary of the Royal Institute of British Architects. Adam co-founded, with the Prince of Wales, the charity the International Network for Traditional Building Architecture and Urbanism in 2001. In 2017, he won the Driehaus Architecture Prize, a global award to honour a major contributor in the field of contemporary vernacular and classical architecture. As well as contributing to a number of volumes, he has been the author of six books, including Classical Architecture: A Complete Handbook and The Globalisation of Modern Architecture.

“‘The constant presence of time is a thread that unifies all things and all actions,’ writes Robert Adam. Buildings last a long time—which distinguishes them in our throwaway society—and architecture is at the heart of this wide-ranging study of time, memory, tradition, and much else besides. Both modernists and traditionalists will benefit from this thoughtful and engaging book.”
Witold Rybczynski
Author, How Architecture Works: A Humanist’s Toolkit; former architecture critic, Slate

“This is a book about the ways in which our shared situation in time informs how buildings and people relate to each other. It is a fundamental yet under-explored topic which Robert Adam navigates with authority, drawing not only on his profound knowledge of the history of architecture but on sources from the fields of philosophy and physics. While the author is renowned as an architect working in the classical tradition, his lucidly stated argument transcends questions of style, illuminating the ways in which all architecture operates on the human consciousness.”
Ellis Woodman
Director, The Architecture Foundation

“A breath of fresh air. For students, as well as the qualified, the questions raised and arguments made are rewarding; where provocative, they are for constructive purposes.”
Paul Finch
The Architects’ Journal

“Given the vast range of territory covered and the even-handed way in which this highly charged material is approached, this book could be useful to nearly everybody. Adam has written a remarkable book aimed at a wide audi¬ence—and yet one that can also be successfully used by the specialist. […] After perusing this book, the reader will leave with an introduction to the topic of time not only in architecture and urban planning, but how time applies to our very way of life, and fundamentally to the way we think about, well . . . everything.”
Laurence Keith Loftin
University of Colorado Denver

“Robert Adam […] has established a high profile as a tireless advocate for the return of classical architecture and urban design. This book is however much more than a defence of the classical style, and explores the idea of time and architecture, considering different definitions of “modern” and “modernity”, as well as touching on subjects as wide apart as memory, phenomenology, the carbon content of buildings and climate change. […] This book is an important one: it is powerfully argued, and is often correct in exposing some thoughtless assumptions of architects and planners, while challenging many unfortunate current practices.”
Robin Webster, OBE, PPRIAS
Emeritus Professor, Robert Gordon University, UK; RIAS Quarterly Issue 48, Winter 2021/22