Home / Buy A Book / Social Sciences / Medieval and Early Modern Epistemology: After Certainty (Volume 17: Proceedings of the Society for Medieval Logic and Metaphysics)

Medieval and Early Modern Epistemology: After Certainty (Volume 17: Proceedings of the Society for Medieval Logic and Metaphysics) 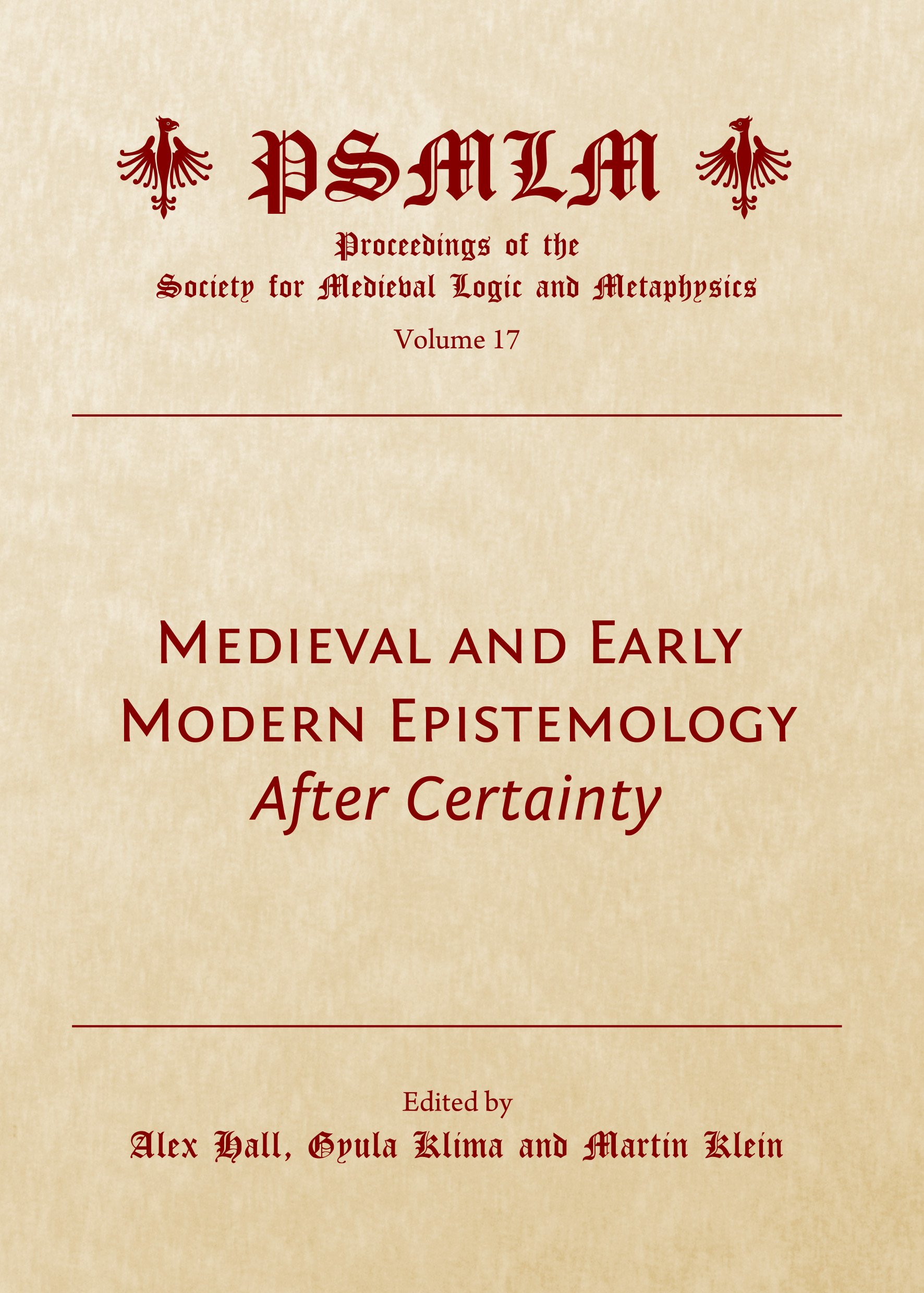 This author-meets-critics volume about Robert Pasnau’s After Certainty treats the history of epistemology, from Aristotle to the present. Pasnau presents this history as a gradual lowering of expectations regarding certain knowledge, the culmination of a sea change dating to the early-modern rejection of Aristotelian essentialism. The result, he concludes, is that contemporary epistemology is, more than any other branch of philosophy, estranged from its tradition. Pasnau’s After Certainty draws conclusions that are not just historical, but also systematic, an effort that led to a 2018 Parisian symposium to evaluate the text, collected here as a volume that stands alone as an intriguing work on the history of epistemology or together with After Certainty as an invaluable companion piece.

This book is part of a series. View the full series, "Proceedings of the Society for Medieval Logic and Metaphysics", here.

Gyula Klima is Professor of Philosophy at Fordham University, USA, and a Doctor of the Hungarian Academy of Sciences. He is also Director and a founding member of the Society for Medieval Logic and Metaphysics, and Editor of its proceedings. His most recent book is Questions on the Soul by John Buridan and Others: A Companion to John Buridan’s Philosophy of Mind.

Alex Hall is a Professor of Philosophy at Clayton State University, USA. He is Assistant Director of the Society for Medieval Logic and Metaphysics, and Managing Editor of its proceedings. His recent publications include “Aquinas on Knowledge and Demonstration,” in The Philosophy of Knowledge: A History.

Martin Klein is a Lecturer in Philosophy at the University of Würzburg, Germany. He was a Research Fellow at Humboldt University Berlin (2012-18) and a Mellon Fellow at the Pontifical Institute of Mediaeval Studies, Toronto (Manuscript Programme, 2016-18). He recently published Philosophie des Geistes im Spätmittelalter: Intellekt, Materie und Intentionalität bei Johannes Buridan.