Fire-Breathing Dinosaurs? The Hilarious History of Creationist Pseudoscience at Its Silliest 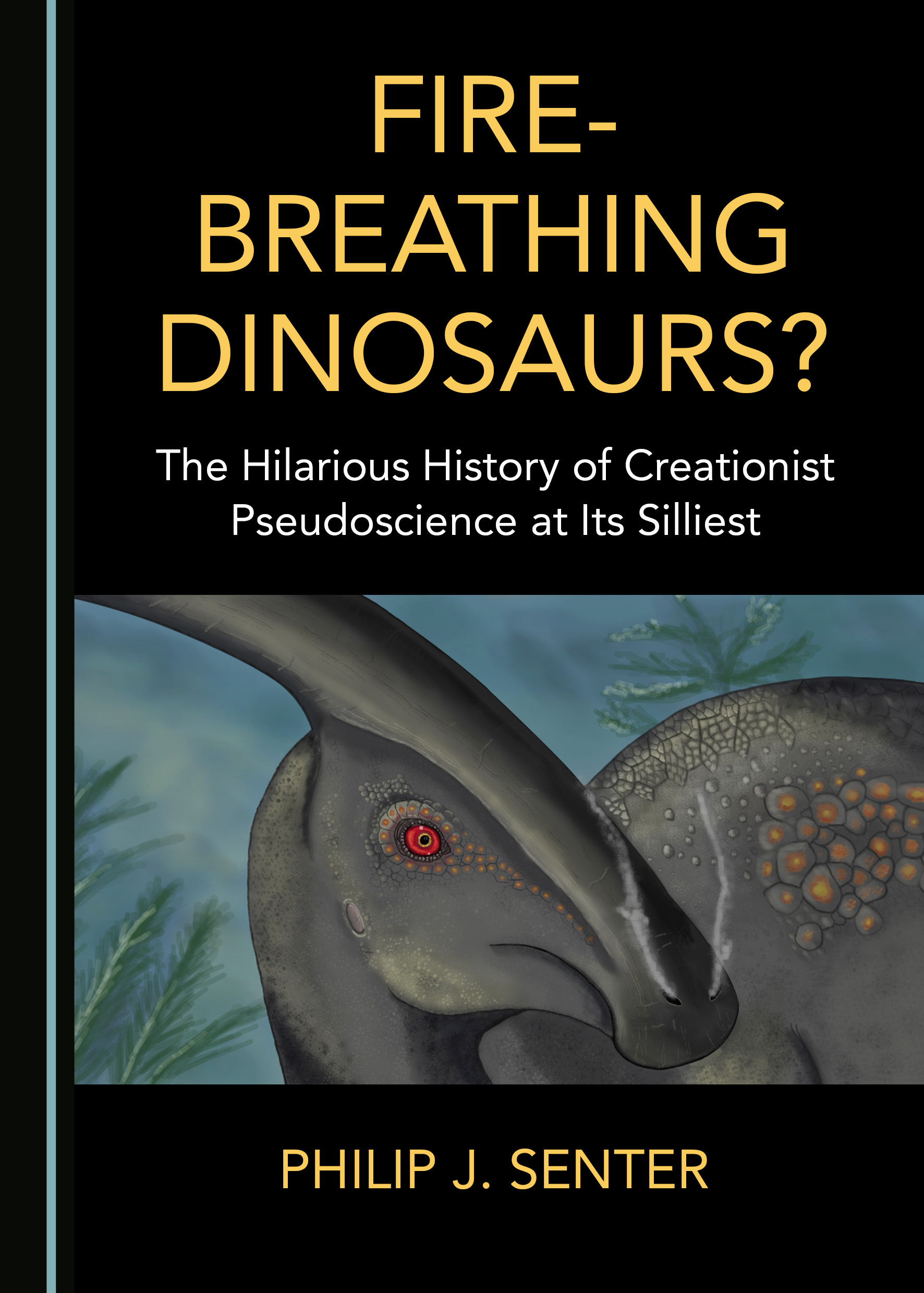 A dinosaur book like no other, this irreverent chronicle of science and pseudoscience takes the reader on a journey through numerous bizarre ideas about ancient reptiles. Were dragon legends inspired by human encounters with fire-breathing dinosaurs? Do the Bible and other ancient works of literature and art depict dinosaurs? Astoundingly, those and other strange notions have infiltrated grade-school science textbooks. This exposé unmasks the errors that underlie such notions and reveals the science that flattens them, while treating readers to explanations of rocket fuel, nuclear power plants, the electric eel’s shocking capabilities, and how the young-Earth creationist position contradicts the very scripture that it strives to uphold. Finding humor in absurdity, the book shows fans of science, religious studies, folklore, and fire that young-Earth creationist dinosaur pseudoscience is deeply comic once one gets to know it properly.

Philip J. Senter is a Professor of Zoology at Fayetteville State University, USA. He has published over 70 peer-reviewed research articles, and his research focuses on dinosaur paleobiology, the biology of extant reptiles, vestigial organs, and the testing of young-Earth creationist claims. As a scientist who is an Orthodox Christian and holds an MTheol in addition to a PhD in Biological Sciences, he enjoys making it known that there is no conflict between religious devotion and acceptance of the findings of science.

"...I highly recommend this book, because it presents a detailed and well-reasoned rebuttal to a line of creationist argumentation that had previously flown under the radar of most science educators. In some of my past writings on this topic I have argued that it is important for creationist arguments to be refuted rather than ignored, and in that regard Senter has provided a valuable service with this book. Until another critic of creationism tries taking on this particular set of creationist arguments, Senter’s book (and the Skeptical Inquirer article it is based upon) will be the only game in town."