Home / Buy A Book / Social Sciences / Dispatches from the Frontlines of Humanity: A Book of Reportage

Dispatches from the Frontlines of Humanity: A Book of Reportage 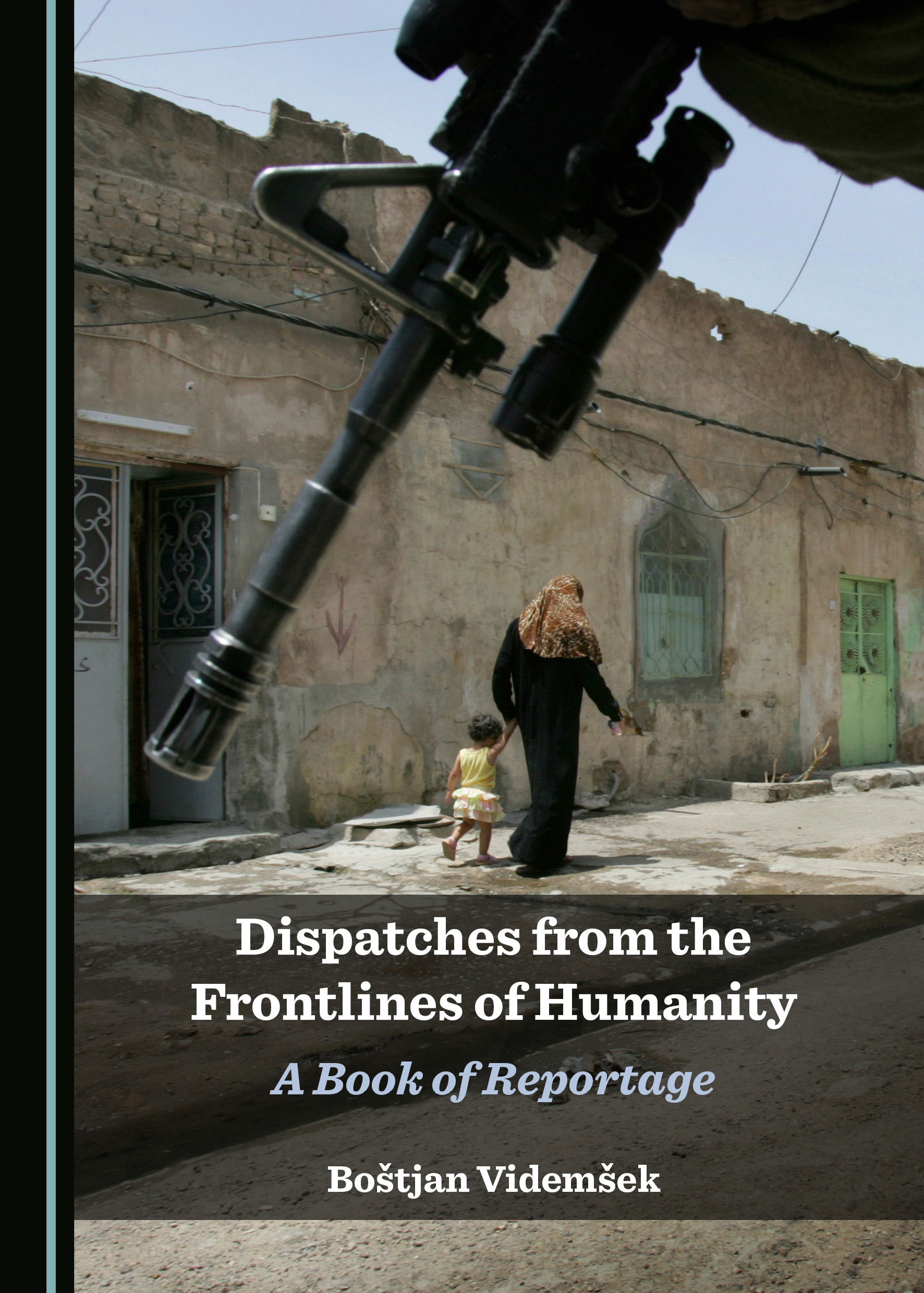 This book is an in-depth reportage on some of the most defining issues of our time, namely the global refugee crisis, the conflicts displacing these masses of humanity, and the causes behind them. It is also an ode to the vanishing art of the long-form feature or reportage, which is disappearing because many media organisations can no longer afford it, or are unwilling to pay for this kind of time-consuming, on-the-ground journalism.

It is essential to keep alive old-school reportage from the field because it provides a human face to the issues challenging our world. It helps pierce the bubble of propaganda with a needle of truth and, beyond the political and human, it is a beautiful art form in its own right.

This book showcases a keen eye for the human story and a profound commitment to the human family. By telling the stories detailed here, it helps put a human face on the suffering that is too often viewed statistically and quantitatively.

Boštjan Videmšek is a Slovenian journalist, war-correspondent, and playwright. He is the author of several books about wars, conflicts, migration, refugees, the Arab Spring, and the Greek financial crisis, including 21st Century Conflicts: Remnants of War(s). His articles and stories have been published in The New York Times, Politico, Le Figaro, Der Spiegel, Aftenposten, El Periodico, Sydney Morning Herald, Middle East Eye, and Atlantic Post, among others. He has reported from all major conflicts in last 20 years, including those in Iraq, Afghanistan, Syria, Darfur, South Sudan, Pakistan, Gaza, Libya, Somalia, and Kosovo.

"Boštjan Videmšek is much more than one of the leading journalists and reporters of his generation: in his texts, he artfully combines direct witnessing to today's conflicts (mixing with refugees, etc.) with the profound reflection on the global context of such events. His new book Dispatches from the Frontlines of Humanity: A Book of Reportage is an absolute gem—hopefully not a hidden one—and a must-read for anybody who simply wants to find his or her way in today's global mess. The deep engagement of his writing makes Videmšek a kind of living fossil: they simply do not produce journalists and non-fiction writers like him anymore. Read his book and you will not only see new unknown aspects of our reality, you will also see the reality you thought you know well in a new way."

"This chronicle of the brutal underside of globalization is a bloody valentine to the golden era of the foreign correspondent. Videmšek’s lucid prose provides a sombre reminder of the power of committed journalism, whose final flame flares brightest in his hands against the tide of online hype, commercial tripe, and “fake news” unleashed by the new captains of media. He takes the reader to places they may not want to go but need to see if they are to get a sense of the contemporary pathologies of xenophobia, capitalism, and war. The prose is unembellished and unsparing: there is no promise of hope to sugar-coat the suffering described here, only a gesture toward the common humanity invoked by sharing the pain that vibrates through every page. The book is essential reading for any university lecturer, undergraduate or graduate student in humanities and social sciences.”
Zala Volcic,
Monash University, Australia

"Only very few us has the courage and the talent to look human kind straight in the eye and tell the story of real people when human kind is reducing its own story to statistics and figures. And even fewer tell the stories of tragedies in the way that celebrates the resilience and the joy of being a human. Bostjan does exactly that in this book and creates a symphony of pain and hope."