John Greaves, Pyramidographia and Other Writings, with Birch's Life of John Greaves 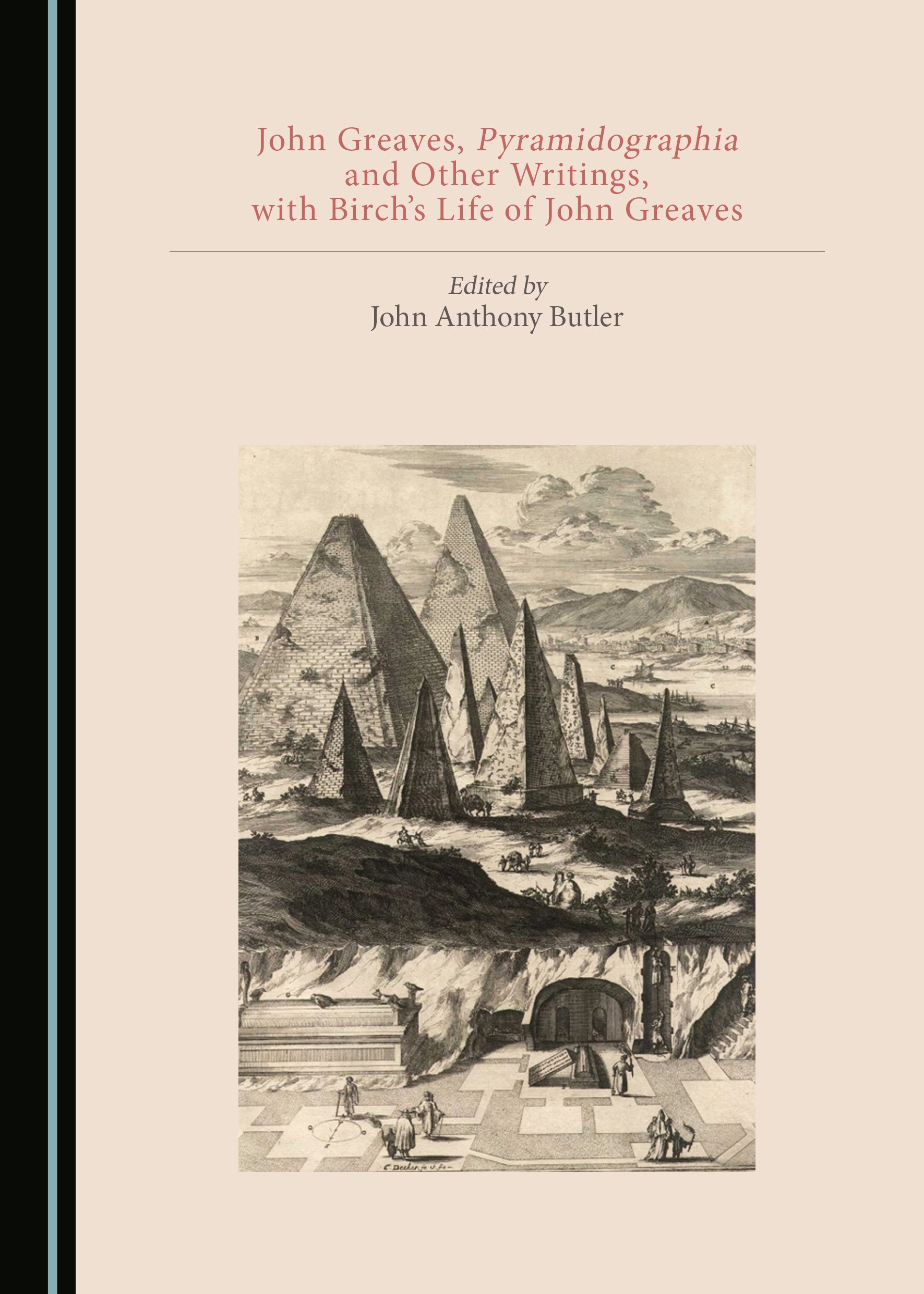 This is a modern-spelling edition of John Greaves’s Pyramidographia (1646), together with some miscellaneous travel-writings, letters and a biography of Greaves by Thomas Birch. It includes a full scholarly introduction and detailed notes. This book is the first of its kind in English, and undertakes a scientific evaluation of the pyramids through metrics, using state-of-the-art instruments and drawing on both ancient and modern authorities, amongst which is included Arab and Persian writers as well as Western sources. Greaves’s work is distinguished from others by his refusal to be drawn into mystical or theological speculation, and is an excellent example of how seventeenth-century scientists may be said to have pioneered modern methods of scientific inquiry. Greaves discusses the age of the pyramids, their purpose, the nature of their builders and the methods he believes were used to erect them. It may be said that he is probably the earliest genuine English “Egyptologist”, and that Pyramidographia is indeed the earliest scientific treatise on the subject. Greaves’s travel-writings, which also contain a great deal of measurement, show readers how he approached his sojourn in foreign lands, and his letters give some measure of the man and his relationships with fellow-scientists and patrons. The biography by Thomas Birch further fills out Greaves’s life and career.

John Anthony Butler holds an MA from the University of Toronto and a PhD from the University of Manitoba, Canada. He has taught at the university level in Canada, Nigeria and Japan, and has published several books on seventeenth-century subjects, including a biography of Richard Cromwell, a translation of Lord Herbert of Chirbury’s De religion gentilium, an edition of Sir Thomas Herbert’s Travels and of Sir Paul Rycaut’s Present State of the Ottoman Empire (2017). He has also written a book of essays on unknown travel-writers, Off the Beaten Track (2017).