The Harnessing of Power: How 19th Century Transport Innovators Transformed the Way the World Operates 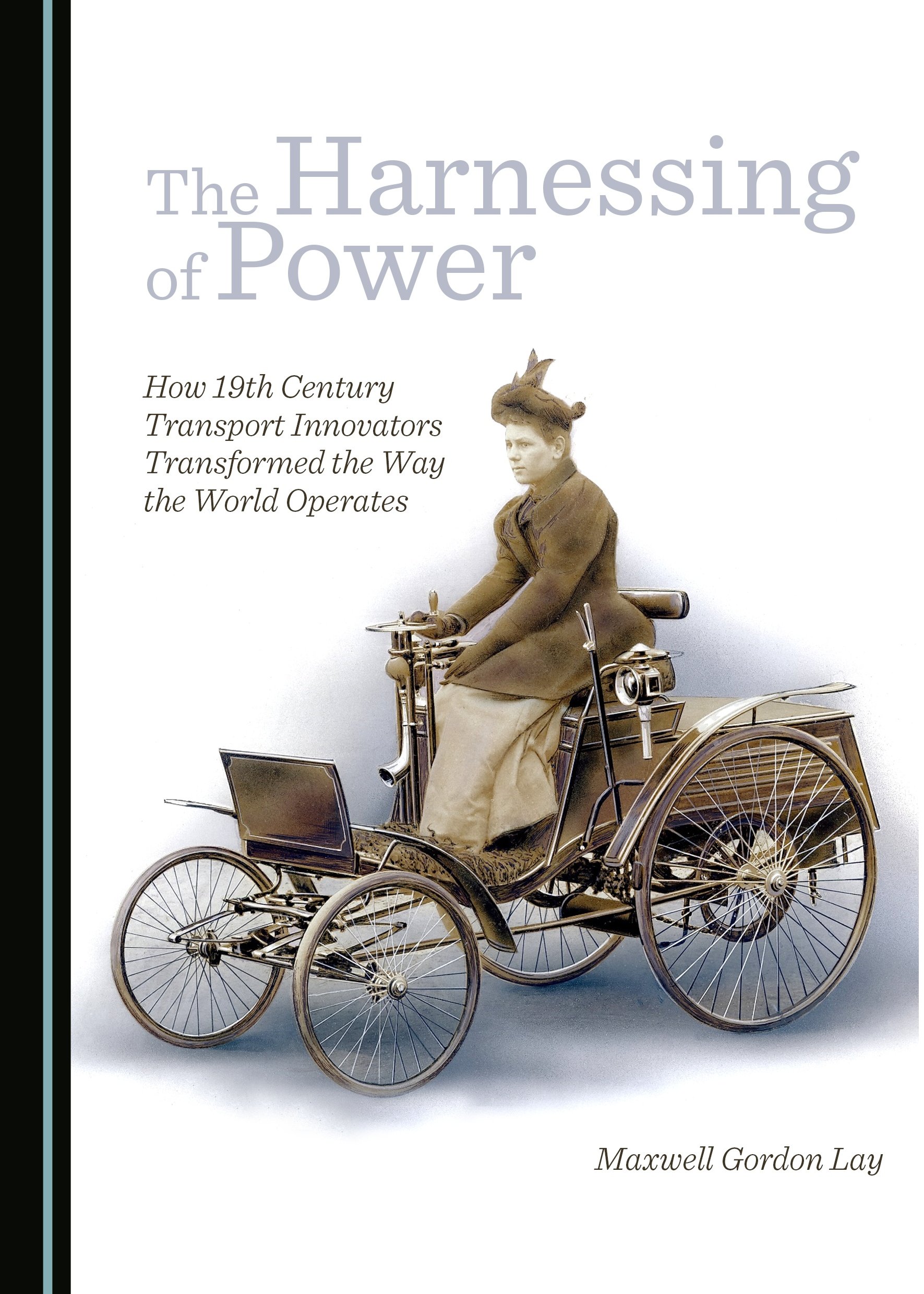 This book examines how the 19th century’s transport legacy of bicycles, trains, ocean-going steamers, trucks, trams, buses and cars arose, creating numerous new technologies and markets. Nothing like this range of transport changes had occurred before, and the 20th century changes were incremental compared with those of the 19th century. The book explores where the key transport features came from, and why there were so many inventions, innovations, and inconsistencies. The Industrial Revolution was a key part of the process as it had strong links with transport developments. This text adopts a broad, global perspective, but has a strong British orientation, as the Industrial Revolution was a process predominantly initiated and implemented in Britain. Nevertheless, when the Revolution lost momentum, Britain began to lose its leadership. By century’s end, France and south-western Germany were dominant change-makers and the USA was appearing on the horizon. The book also highlights the many individual inventors and entrepreneurs who caused the dramatic transport changes, and notes that they did this predominantly through individual initiatives to satisfy personal, rather than corporate or national, goals and that they were often hindered, rather than aided, by officialdom.

Dr Maxwell Gordon Lay is a widely recognised expert in both road technology and road history. His Handbook of Road Technology is now in its fourth international edition, and his world history of roads, Ways of the World, has been a major work in this field for two decades. In 2005, Lay was appointed a Member of the Order of Australia, for service to engineering, particularly through leadership in the delivery of quality road infrastructure and the development of new contract management processes, and as an educator and historian. In 2000, the Australian Road Research Board named its library the “M. G. Lay Library” to honour “his passion for the dissemination of high quality professional information.” In 2014, Lay was awarded the Peter Nicol Russell Medal, the highest award offered by the Australian engineering profession. He has written over 760 books, book chapters, papers and reports, and has had terms as President of the Australian Automobile Association, the Royal Automobile Club of Victoria and the Royal Society of Victoria.

"Published by Cambridge Scholars, The Harnessing of Power: How 19th Century Transport Innovators Transformed the Way the World Operates is definitely recommended reading for industry professionals, or in deed for anyone with an interest in transportation, roads or history. [...] The book adopts a broad, global perspective, but initially has a strong British focus as the Revolution was a process predominantly initiated and implemented in Britain. Nevertheless, when it lost momentum, Britain began to lose its leadership. By century’s end France and south-western Germany were the dominant changemakers and the USA was appearing on the horizon [...] [the book] maintains his reputation for extremely high quality, well researchedcontent which is both informative and insightful."

Professor Max Lay’s book The Harnessing of Power was recently published in hard cover by Cambridge Scholars Publishing. Subtitled How 19th Century Innovators Transformed the Way the World Operates, it is heavily reference and end noted. I found it to be a fascinating journey through 19th century innovation, engineering, economics, politics and personalities, while discussing a wide range of interconnected factors that influenced the progress of transport technology and the industrial revolution. Published in a handsome 370 page hardcover with over 100 illustrations, it should be attractive to an international audience. Engineering Heritage Australia, Vol.3: No.1 (January 2019) "The Harnessing of Power makes an original and valuable contribution to the history of technology and transport. I can think of no other book that does what it does, and with the same keen and authoritative understanding of its subject. Lay’s knowledge of the technical aspects of transport technology, gleaned over a lifetime as one of Australia's leading transport engineers, enables him to understand aspects of technological change, and its causes and consequences, better than most general historians."