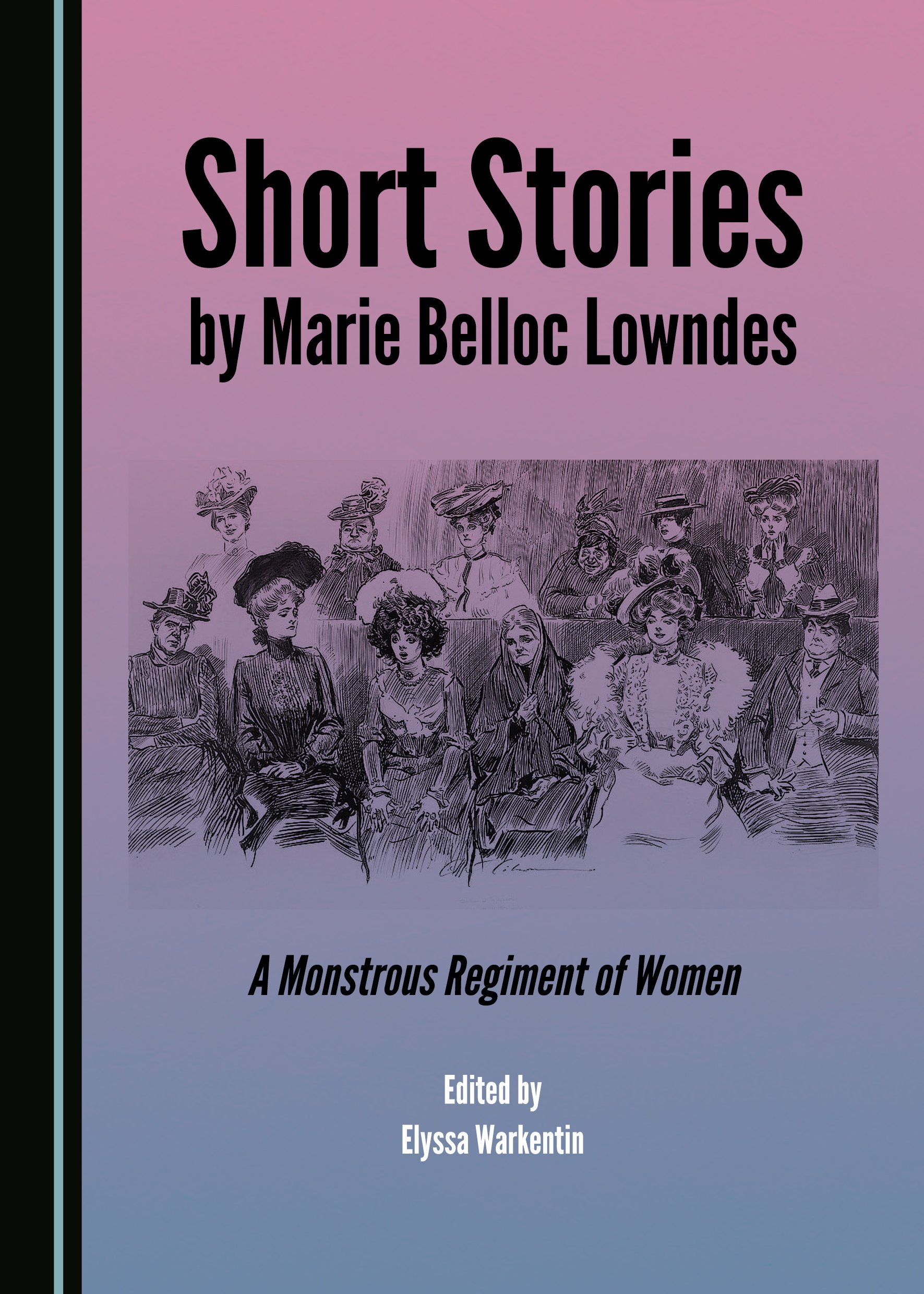 Novelist, short-story writer, memoirist, and journalist Marie Belloc Lowndes (1868-1947) was one of the most prolific and bestselling writers of her day. Unlike her contemporary and sometime-rival Agatha Christie, she is now largely unknown and almost entirely out of print. This collection of short stories brings Lowndes’s most popular, distinctive, and culturally and artistically significant works of short fiction to modern audiences for the first time. These stories are selected from various periods in Lowndes’s writing life, varied publication venues, and different genres. Each demonstrates her subtlety and skill as a story-teller, as well as her pervasive thematic interest in gender issues, the trials of marriage, and the nature of criminality.

Elyssa Warkentin has studied Marie Belloc Lowndes and her circle for over a decade, and has published and presented widely on various aspects of her life and work. She edited Lowndes’s seminal novel The Lodger in 2015. She holds a PhD in Victorian Literature from the University of Alberta, Canada, and studies late-Victorian crime fiction, particularly stories by and about women. She also writes fiction; her epistolary novel about nineteenth-century Arctic exploration, A Land so Wild and Savage, was published in 2018. She is currently a Research Facilitator at the University of Manitoba, Canada.

“This collection provides rich pickings for researchers interested in the woman question, gender, and masculinities. Lowndes’s stories, along with Warkentin’s commentaries, will appeal to scholars concerned with how Victorian styles and themes are manifested and transformed in early twentieth-century short fiction. Furthermore, the compilation also marks a decisive turn in the revival of an author who can, thankfully, no longer be called the subject of scholarly neglect.”
Ellen Turner
Lund University; Victorian Periodicals Review, 52:2, 2019