Decolonising the University: The Challenge of Deep Cognitive Justice 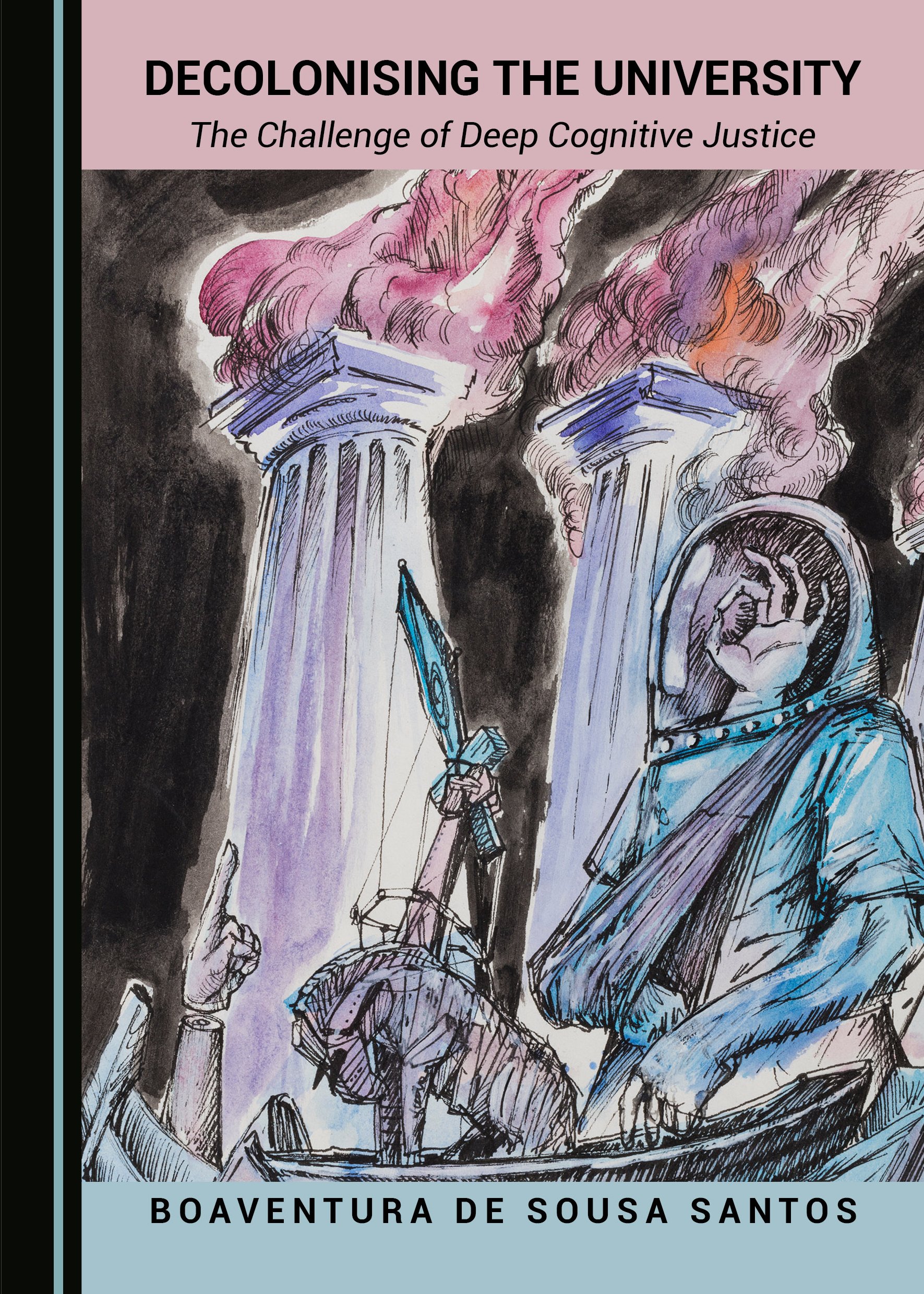 Boaventura de Sousa Santos is Emeritus Professor of Sociology at the University of Coimbra, Portugal, and Distinguished Legal Scholar at the University of Wisconsin-Madison, USA. He received an LLM and JSD from Yale University, USA, and his Doctor of Laws, Honoris Causa, from McGill University, Canada. He is Director of the Center for Social Studies at the University of Coimbra, and has written and published widely on the issues of globalization, sociology of law and the state, epistemology, social movements and the World Social Forum. He is the recipient of several awards, including the Science and Technology Prize of Mexico in 2010 and the Kalven Jr. Prize of the Law and Society Association in 2011. His most recent project, “ALICE: Leading Europe to a New Way of Sharing the World Experiences”, was funded by an Advanced Grant of the European Research Council. His publications in English include Toward a New Common Sense: Law, Science and Politics in the Paradigmatic Transition (1995); Toward a New Legal Common Sense. Law, globalization, and emancipation (2002); Cognitive Justice in a Global World: Prudent Knowledges for a Decent Life (2007); Epistemologies of the South: Justice against Epistemicide (2014); If God Were a Human Rights Activist (2015); and The End of the Cognitive Empire: The Coming of Age of Epistemologies of the South (2018).

“[Santos] successfully targets the idea of cognitive justice through these two lenses while exploring the possibility of alternative sciences and the right of non–Western cultures to express their contribution to the present status of knowledge in universities and to modernity with its philosophical, political and intellectual aspects.. […] This text provides arguments supplemented by footnotes and anecdotes, offering the reader examples of the epistemology of the social sciences and enlightening proposals about the future of the university. References to social scientists offer unique understanding to students and educators interested in critical thinking and decolonization.”
Azimeh Takrimi
Farhangian University; Journal of Educational Thought, 2019

“All these alternative initiatives feature in the literature. The book under review is, in my estimation, one of the most provocative and inspiring examples of this kind. Written by one of the finest sociologists around, it cannot be otherwise. Boaventura De Sousa Santos has been constantly scouring, over the years, epistemologies that take us beyond Eurocentric paradigms of knowledge. This process includes his earlier work in the Brazilian favelas. In this book, Boaventura De Sousa Santos provides a tour de force with regard to the sociology of knowledge surrounding the evolution of universities and dissonances or ruptures encountered at different stages of these institutions’ history… The book, a boon for readers of this journal interested in postcolonial issues, culminates in an insightful overview of some of the most forward looking subversive and subaltern polyphonic approaches to university education found predominantly in southern contexts such as Chiapas and Brazil… All told, we are presented with an erudite, insightful, courageously-argued and forward-looking compendium of writings that coalesce into a persuasive argument. It constitutes a massive contribution to the literature on decolonization, higher education and the sociology of knowledge.”
Peter Mayo
Postcolonial Directions in Education, 2019