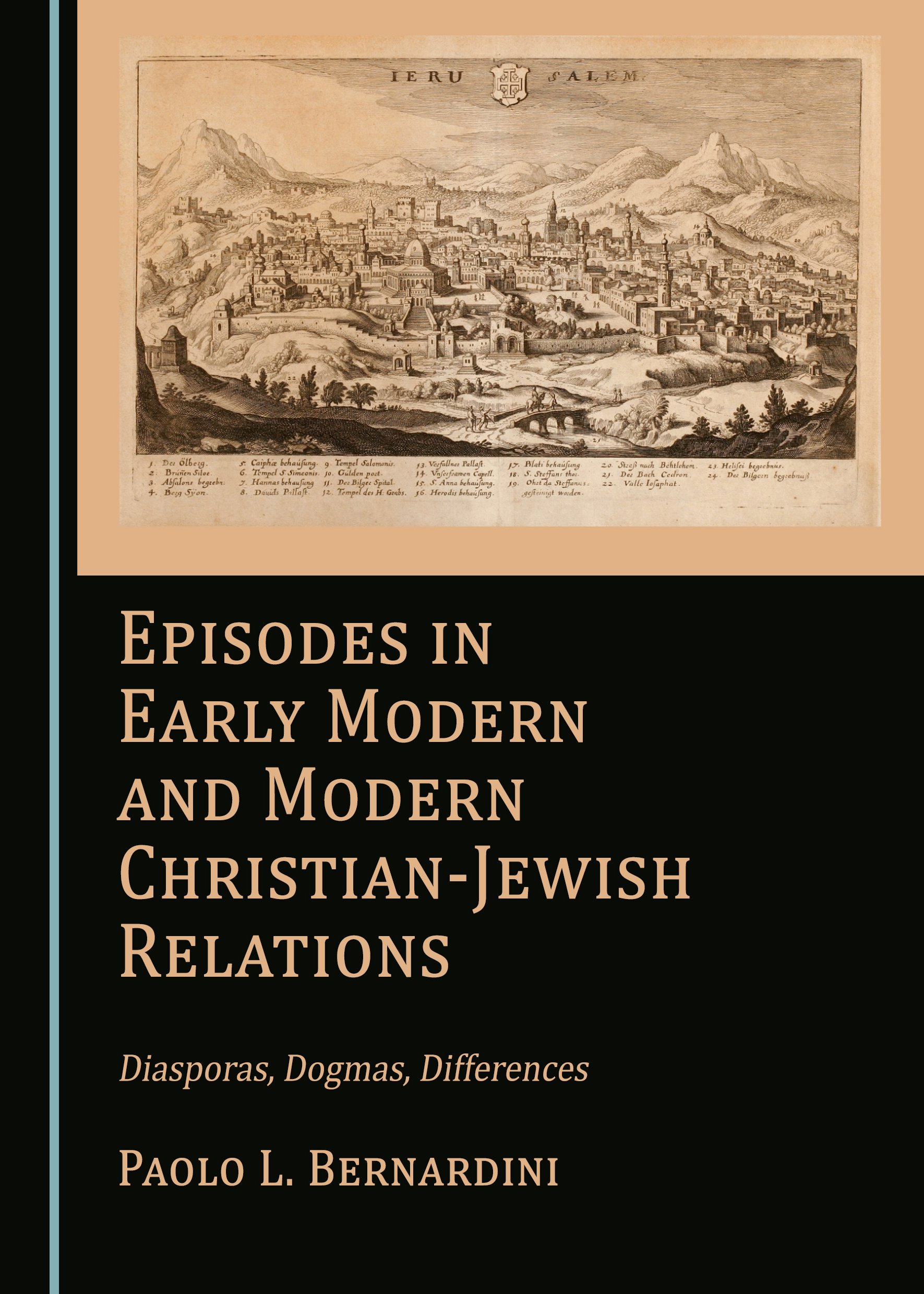 The history of the Christian-Jewish relations is full of curious, intense, and occasionally tragic episodes. In the dialectical development of the Western monotheistic religions, Judaism plays the role of the “thesis”, of the origins and background for the rise of Christianity and Islam. With the rise of Christianity, Judaism was progressively marginalized, since it was denied the same essence and validity of Christianity, which grew immensely in terms of spiritual and secular power. Christian scholars since the Middle Ages looked at Judaism as at the “broken staff” in the evolutionist line of religion, to quote the insightful work of the late Frank E. Manuel. At the same time, while re-discovering Judaism, Christian scholars redefined themselves, and Christianity as well. However, while Christianity encompassed many sects and many nations, the relatively weak diversity within Judaism, the religion of a single nation, seemed to hinder its evolution and development. While the intellectual battle was fought in a scholarly way, the emergence of the Christian State condemned the Jews to perpetual discrimination and occasional toleration, until a lay State, Nazi Germany, threatened the survival of the Jewish people. Neutral controversial works became powerful extermination tools when used in the political arena. This volume casts light on some crucial episodes in the long dialectics within the same intellectual and religious framework, touching upon themes such as the conception of time future in the age of Spinoza, the early encounters of Judaism and Christianity in eighteenth-century England, the memory of the Shoah, and the political revolution present in the system of the Jewish Commonwealth. From early to late Modernity, there is a history of friendship and diffidence, mutual understanding and dramatic disagreements, which, even today, largely conditions the Western intellectual world.

Paolo L. Bernardini is Professor of Early Modern European History at the University of Insubria, Italy. He was inaugural Fellow of the Notre Dame Institute for Advanced Study in 2011, and inaugural Senior Fellow at the Maimonides Centre for Advanced Studies-Jewish Skepticism at the University of Hamburg in 2015–2016, where he completed the first edition of the unpublished Latin manuscript Porta Veritatis (1634–1640) by Benedetto Pinelli. His publications in the area of Christian-Jewish relations include The Jews and the Expansion of Europe to the West 1450–1800 (2001) and The Jews: Instructions for Use. Four Eighteenth-Century Projects for the Emancipation of the European Jews (2012). His publications in Italian include Reasons for Naturalizing the Jews in Great Britain and Ireland (1714) (1998) and La questione ebraica nel tardo illuminismo tedesco (1992), devoted to the work of C. W. Dohm.