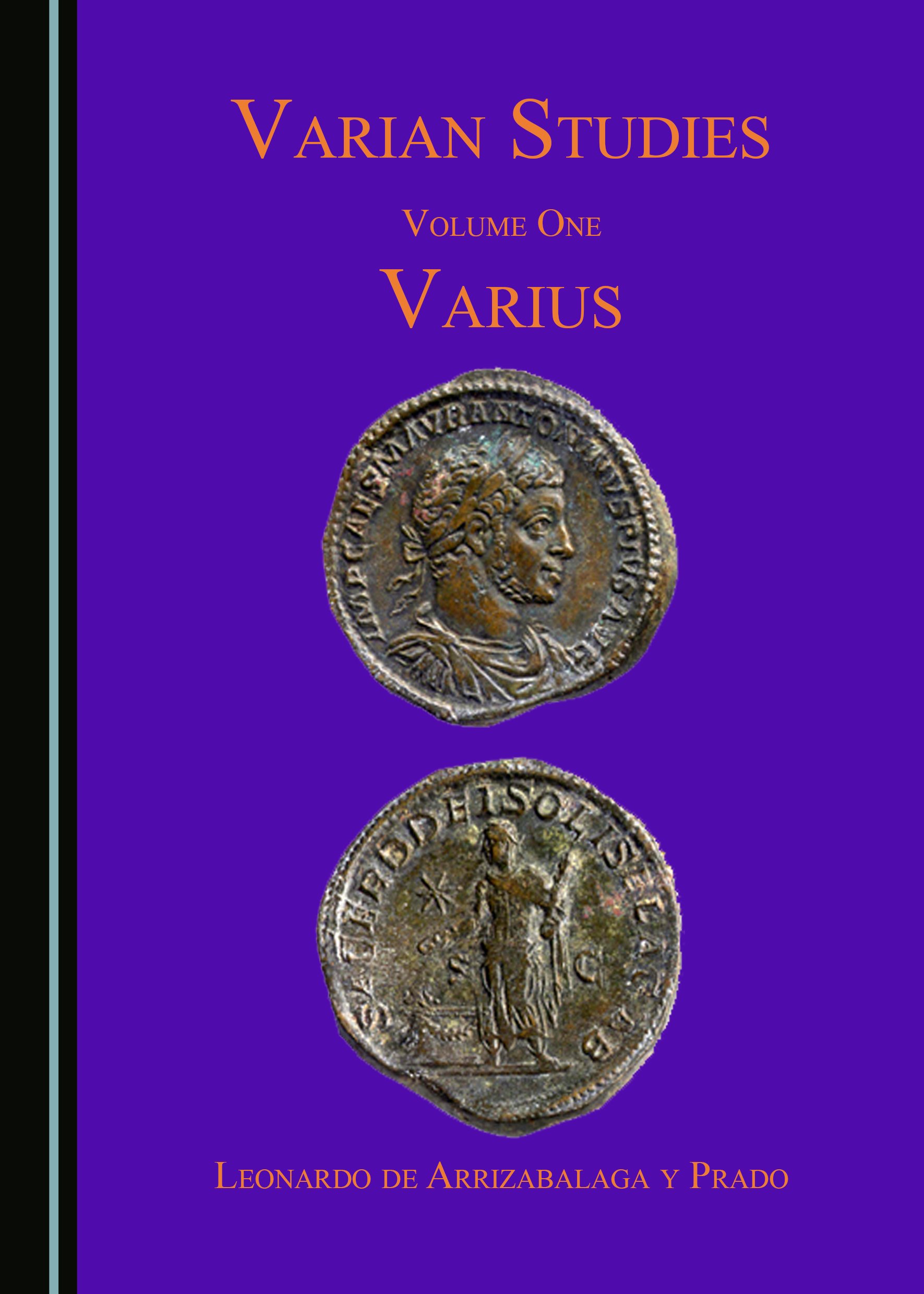 Varius is the nomen of the Roman emperor misnamed Elagabalus or Heliogabalus. These are names of the Syrian sun god Elagabal, whose high priest Varius was while emperor. There is no evidence that he was ever so called when alive. Thus named, his posthumous legendary or mythical avatar thrives, in academic prose and popular imagination, as a Semitic monster of cruelty, depravity, fanaticism, mockery and extravagance. Recently, this monster has metamorphosed into an anarchist saint and martyr of gay liberation.

This volume explores the historical individual behind Elagabalus and Heliogabalus.

Varius was probably born AD 204 in Rome, to Syro-Roman parents linked to the Severan dynasty, and brought up at the imperial court, which spent 208–211 in Britain. After his father’s death in Numidia or Italy, sometime between 214 and 218 Varius went to Syria, where, like a maternal ancestor, he became a priest of Elagabal.

In Syria in 217, Macrinus murdered and succeeded the Severan emperor Marcus Aurelius Antoninus, even then known by his nickname, Caracalla. In 218, in a coup against Macrinus, Varius, fourteen, was proclaimed emperor, on the basis of the lie, launched by his grandmother, Caracalla’s aunt, and abetted by his mother, Caracalla’s cousin, that he was Caracalla’s bastard.

Varius’ grandmother intended to rule while he reigned. But Varius, now Marcus Aurelius Antoninus, had other ideas. Taking the god Elagabal, a meteorite, to Rome he sought to combine the incompatible personae of Roman emperor and High Priest of Elagabal. He was murdered in 222 before reaching eighteen by his praetorian guards, under the orders of his grandmother and aunt, to make way for his younger, more docile cousin, Alexianus, who reigned as Severus Alexander.

Rhetorical invective against Varius was promptly launched to justify his murder. It grew into his mythical or legendary avatar: Elagabalus or Heliogabalus. That avatar came completely to overshadow the historical Varius. This book serves to rescue Varius for history from eighteen centuries spent in fantasy and fiction.

Leonardo de Arrizabalaga y Prado was educated at the Oratory School and Cambridge University, UK, where he graduated with First Class Honours in English, and became Lector in Spanish. He taught in Madrid for St. Louis and Suffolk Universities, USA, and in Japan, at Tokyo, Ueno Gakuen, and Tsukuba Universities. He published Studia Variana from 1999 to 2006, and held a Varian Symposium at Trinity College, Cambridge University, in 2005. His publications include The Emperor Elagabalus: Fact or Fiction? (2010).