Home / Buy A Book / Social Sciences / Kissinger and the Invasion of Cyprus: Diplomacy in the Eastern Mediterranean

Kissinger and the Invasion of Cyprus: Diplomacy in the Eastern Mediterranean 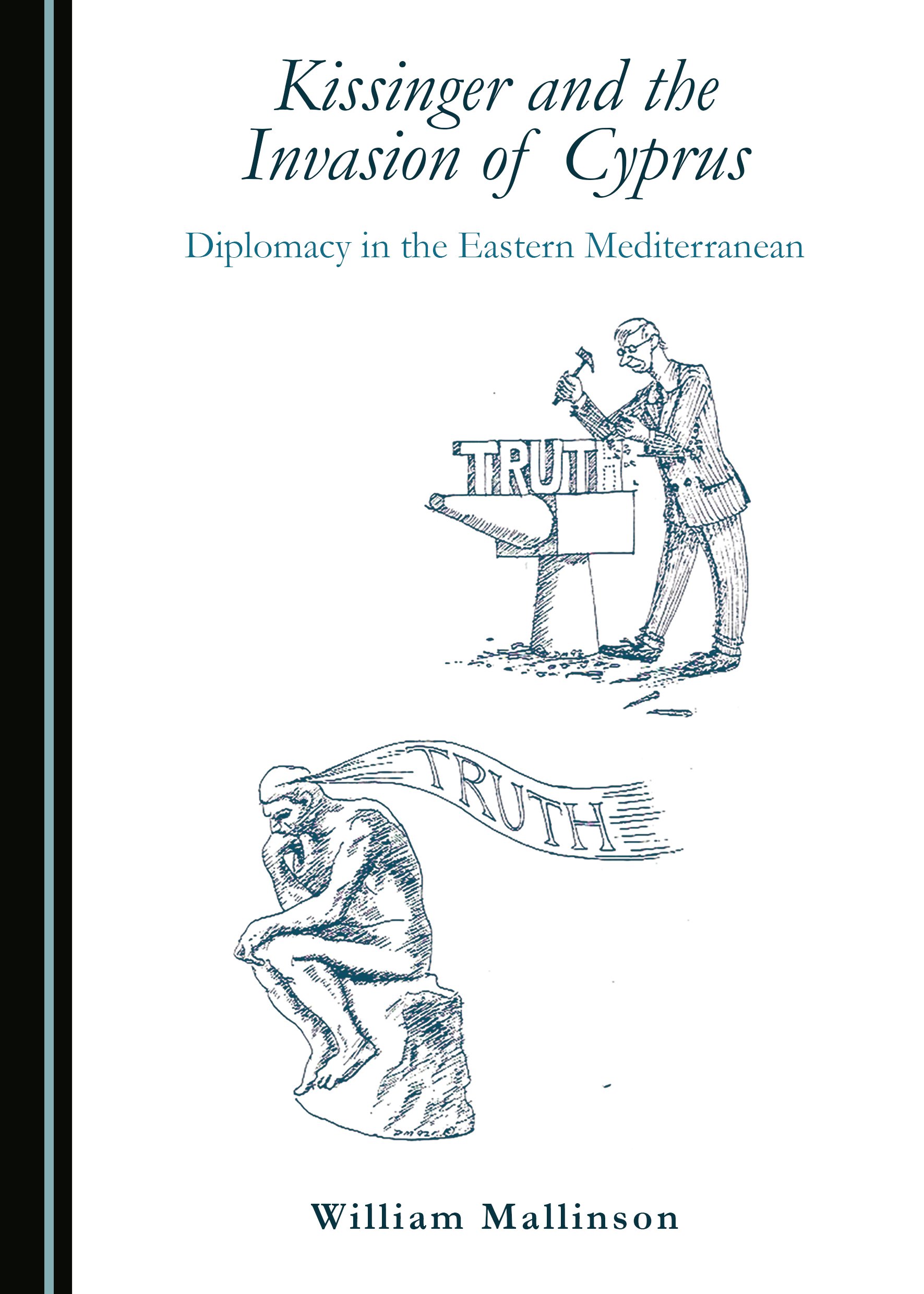 Can Henry Kissinger be described as a serious statesman who altered the course of relations between states? Or was he a shallow impersonator of those whom he admired, and a geopolitical engineer who treated people as collateral fodder, reducing morality to the status of a strategic and tactical tool? Using the story of Kissinger’s behaviour over Cyprus, backed up by recently revealed government documents, many critical, William Mallinson, former diplomat and leading authority on Cyprus’ history, provides an incisive analysis and evaluation of Kissinger’s approach, revealing a man who appears to have considered political strategy more important than law and ethics.

William Mallinson is Professor of Political Ideas and Institutions at Guglielmo Marconi University, Italy, and a member of the editorial committee of the Journal of Balkan and Near Eastern Studies. He is a former Member of Her Majesty’s Diplomatic Service who left to study for, and was awarded, his PhD at the London School of Economics and Political Science’s Department of International History. Following a period in business as European Public Affairs Manager at ITT’s European Headquarters in Brussels, and then the Digital Equipment Corporation in Geneva, he turned his attention to the academic world, playing a pivotal role in introducing Britain’s first Honours degree in Public Relations. Since 1994, when he was awarded a Greek Government scholarship, he has been perusing British Foreign Office, Ministry of Defence, Prime Minister’s Office and Cabinet archives, under the general rubric of Anglo-Greek relations during the Cold War, including Cyprus. He has also published several articles in the press, has been interviewed by BBC World, Russia Today and Russia Channel One, and spoken at numerous conferences. He has undertaken corporate consultancy projects, and is an occasional Lecturer at the Greek National Defence School, particularly on Britain and Russia/USSR. His publications include Public Lies and Private Truths (2000); Portrait of an Ambassador (1998); Cyprus: A Modern History (2005, 2009); Partition through Foreign Aggression (2010); Cyprus, Diplomatic History and the Clash of Theory in International Relations (2010); and The FCO, Hegemonolingualism, and the End of Britain’s Freedom (2014, 2016), among others.

"In his illuminating book Kissinger and the Invasion of Cyprus, William Mallinson employs his background as an academic, historian and former diplomat to produce the latest informative piece of academic work on Kissinger. He decomposes with great care the fictional Henry Kissinger and offers us the information and evidence we need to make up our minds as to the true Kissinger. Though Mallinson refers to what others had said about Kissinger, he relies heavily on evidence, documentation and archival material to make his point. As such, he writes as a true historian using primary material that he painstakingly collected to help us understand Kissinger. Mallinson makes us think whether Kissinger is an insatiable and ruthless egomaniac in search for attention or a man of conscience."

"With a wealth of diplomatic experience and scholarly depth, William Mallinson offers readers a fascinating account of Henry Kissinger’s neglected and typically unscrupulous role in shaping a pro-Turkish geopolitical outcome to the Cyprus conflict that reached crisis levels back in 1974."

"William Mallinson does a great job by combining a thorough analysis of one of the most influential and controversial figures in international relations during the Cold War era with masterful research of the geopolitical turmoil in the Eastern Mediterranean. Through the lens of battling interests in one of the most politically and historically complicated regions in Europe, and even the world, Dr Mallinson goes deeper than just another sketch on the history of international relations; he digs into behavioural attitudes of grand strategists, making us wonder what are objective truths in global politics, how decisions are made and decision-makers are chosen, and whether any place is left for the conventional understanding of diplomacy."

"It will have to be read by all those interested in either Kissinger’s reputation or the details of how the Cyprus crisis of 1974 was resolved."

"William Mallinson has produced an excellently written and documented book that provides us with never-before-published information on the intricacies concerning the Cyprus question, particularly during the period before, during and after the invasion of the island by Turkey in 1974. The role of the UK and of the USA on Cyprus is well defined and the manipulation of historical facts by Henry Kissinger is proven by juxtaposing official documents with Kissinger’s writings and explanations. Mallinson’s book is an important contribution to the history of that period, but is also relevant to understanding today’s decision-making processes in international relations."

"Nothing and nobody can escape Mallinson's courageous and detailed research on the Eastern Mediterranean. He tears away the politically correct agenda surrounding Cyprus and Kissinger. The book is a marvellous indictment of Kissinger's cheerleaders and their humbug on Cyprus. I should tell them: read it, if you dare!"
Professor Vassilis K. Fouskas
University of East London; Editor-in-Chief, Journal of Balkan and Near Eastern Studies

"At a time when talks on the Cyprus issue have recommenced, and the Eastern Mediterranean is once again at the epicentre of turmoil, William Mallinson’s “Kissinger and the Invasion of Cyprus” is a stimulating contribution to the discussion on the region. [...] Mallinson ... paints as detailed a picture as possible of the climate, the plots and the machinations before and after the invasions. And one of the book’s main attractions lies in the author’s ability to weave together the politics of the Kissinger era with today’s Cyprus question."