Orthodoxy Versus Post-Communism?: Belarus, Serbia, Ukraine and the Russkiy Mir 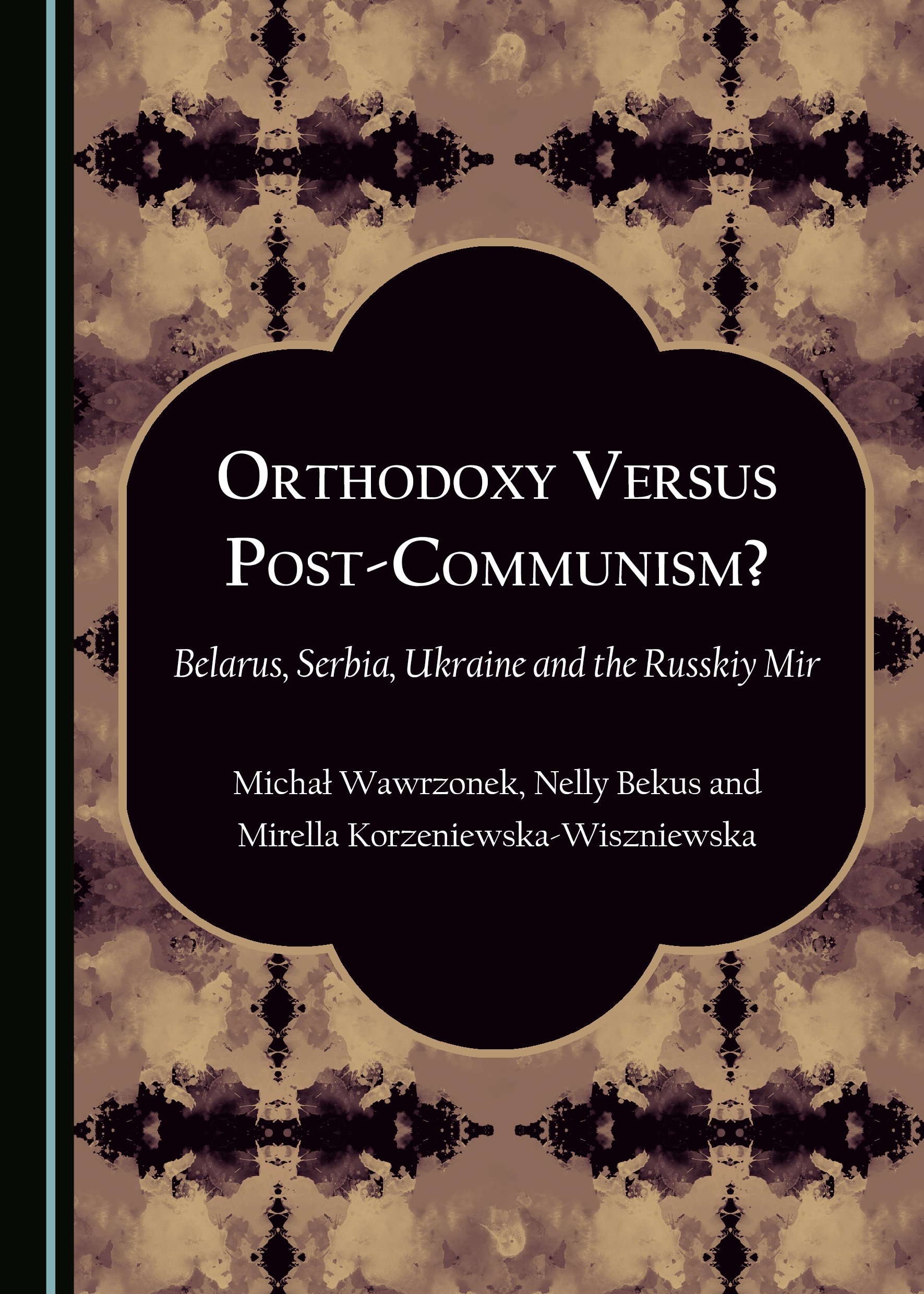 Post-communism has determined the social and political reality in Central, Eastern and South-Eastern Europe for the last 25 years. A characteristic phenomenon during this time is a religious revival in the societies that were subject to intense atheization under the conditions of communist totalitarianism. This process can be observed in Ukraine, Belarus and Serbia.

Undoubtedly, in all three cases, the Orthodox faith and the institutions that represent it have become an important element of the political culture. This book analyses the influence of Orthodoxy on political behaviours, values and judgments, looking particularly at such topics as the legacy of communism, shared attitudes towards the “West,” the European Union, democracy, and the ways of conceptualising post-communist Ukrainian, Belarussian and Serbian cultural and national identity. The research here explores such events and problems as the “Euromaidan” and the development of a civic society in Ukraine, the process of integration of Serbia into the EU, the perspectives of stability for the regime in Belarus, and the future of efforts for reintegration of post-Soviet space under the hegemony of Moscow.

Michał Wawrzonek is Assistant Professor in the Chair of Ukrainian Studies at the Jagiellonian University, Poland. He is the author of Екуменічна діяльність митрополита А. Шептицького в Україні та в Росії [The Ecumenical Activity of the Metropolitan Andrei Scheptytsky in Ukraine and Russia] (2006) and Religion and Politics in Ukraine: The Orthodox and Greek Catholic Churches as Elements of Ukraine’s Political System (2014). His areas of interest are religion in Ukrainian (post-soviet) space, politics in Ukraine, and Polish-Ukrainian and Russian-Ukrainian relationships from historical, social and cultural perspectives.

Nelly Bekus is Associate Research Fellow in the History Department at the University of Exeter, UK, having received her PhD in 2007 from the Graduate School for Social Research at the Polish Academy of Sciences. Her research interests focus on state and nation-building under socialism and post-socialism, and the religious and the ethno-linguistic landscape in post-Soviet nations. She is the author of Struggle over Identity: The Official and the Alternative “Belarusianness” (2010), as well as numerous articles published in such journals as Nationalities Papers, East European Review of Historical Anthropology, Europe-Asia Studies, and Polish Sociological Review, among others.

Mirella Korzeniewska-Wiszniewska is Assistant Professor at the Institute of Political Science and International Relations at the Jagiellonian University, Poland. Her publications include Serbia under Slobodan Milošević: Serbian politics towards the breakup of Yugoslavia in the 1990s (2008), Macedonia in the 20th and 21st centuries: History, religion, culture, language, law, politics (2014), and Bosnia and Herzegovina and its political kaleidoscope (2015). A member of the Commission of Balkan Studies of the Polish Academy of Sciences, Association Internationale d’ Études du Sud-Est Européen, and the Central Europe Committee of Polish Academy of Arts and Sciences, her research focuses on the Balkan Peninsula.