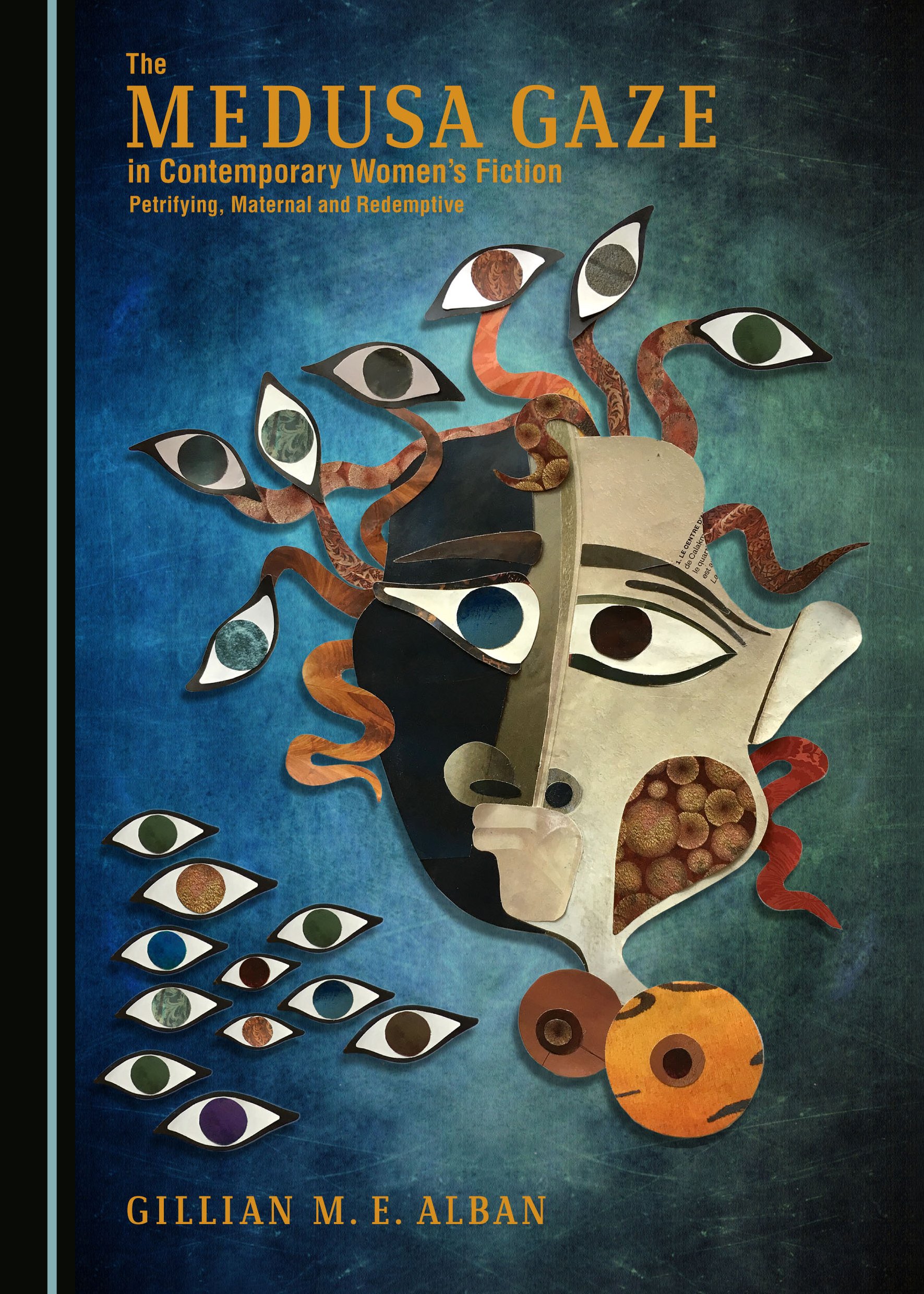 The Medusa Gaze offers striking insights into the desires and frustrations of women through the narratives of the impressive contemporary novelists Angela Carter, Toni Morrison, Sylvia Plath, Margaret Atwood, A.S. Byatt, Iris Murdoch, Jeanette Winterson, Jean Rhys and Michèle Roberts. It illuminates women’s power and vulnerability as they construct their own egos in opposition to their hostile alter egos or others facing them in their mirrors, and fixes a panoptic gaze on the women stalking its pages, as they learn how to deflect the menacing gaze of others by returning their look defiantly back at them. Some stare back and win assurance; others are stared down, reduced to psychic trauma, madness and even suicide. The book shows how Freud’s, Sartre’s and Lacan’s androcentric views define the Medusa m/other as monstrous, and how the efforts of mothers to nurture may be slighted as inadequate or devouring. It presents Medusa and other goddess figures as inspirational, repelling harm through the ‘evil eye’ of their powerful gaze. Conversely, it also shows women who are condemned as monstrous Gorgons, trapped in enmity, rivalry and rage. Representing English, American and African American, Canadian and Caribbean writing, the works explored here include realistic, social narrative and magical realist writings, in addition to tales of the past and dystopian narratives.

Gillian M. E. Alban engages with women in her literary analyses, exploring the theme of mythic women as it emerges in contemporary literature. Her publications include Melusine the Serpent Goddess in A. S. Byatt’s Possession and in Mythology (2003). She has elaborated her insights through a lifetime of enjoying the study and teaching of literature in Istanbul, where she lives and works.

"What makes the study exceptional is the passionate voice of a feminist scholar who wants to reach those outside academia. Apparently, with such an intention in mind, Alban often inserts quick explication of the complex theories and discussions she employs in her reading, as well as helpful yet sometimes digressive plot summaries. [...] At times, the writer’s focus shifts from a comprehensive study of a theme through various texts to an analysis of a single work; however, that each subsection starts and ends with a comparative outlook at the texts under discussion provides a consolidation of her intense writing. With the titans of the contemporary women’s writing in her cup, Alban not only offers a kaleidoscopic view of the Medusa figure but also gives her reader a kaleidoscope through which s/he can delve into the myriad ways s/he is constructed in this patriarchal culture."

“Gillian Alban’s study traces the way in which the image of Medusa has been used by a number of female writers in the latter half of the 20th century, taking the reader on a fascinating journey through examinations of psychoanalysis and literary theory which brings to light the multivalent nature of the Medusa gaze as it has been reinterpreted over the centuries from its classical origins, through Romantic re-evaluations, Freudian and Lacanian interpretations and feminist and postmodern re-readings. […] Alban convincingly integrates her tracing of Medusa images with a critique of the misogyny latent in aspects of Freud’s Medusenhaupt and in theories of the gaze in Sartre and Lacan. […] Alban has done a fine job of redeeming the image of Medusa which goes beyond simply placing her in a ‘misunderstood monster’ narrative.”
Fiona Tomkinson
The Iris Murdoch Review, No.10, 2019

"Alban investigates the textual strategies that are employed by women writers in order to subvert and revise the patriarchal ideology in ancient and Classical myths, and to come up with alternative definitions of female identity and their own, gynocentric, myths. By these means, Alban managers to free her readers from the chains of the established imaginary, convincing them of the necessity of revisiting the myths, and in this specific case, to leave behind the lethal gaze of the first female monster in Western history—the Medusa, symbol of a series of oppositions which slowly but surely became cornerstones of male-centered thought and emotions. She reveals how investigation into alternative routes in feminist literature (narrative construction of reality, symbolism, metaphor, myth, novels and autobiographies, etc.) is a fundamental tool for creating new potential worlds (in the meaning proposed by Bruner)—other realities, other identities and other possibilities for action. These female narrative voices teach us how to modify the past, and Alban’s book, a highly successful reconstruction of such a complex reality, provides an important contribution in this regard. It has also achieved a strategic milestone: to make us desire the return of the vital force of the Gorgon in order to breathe life into an alternative imaginary with a different very different impact on our lives, to change our mental and emotional models. Indeed, thanks to authors such as Alban, we are able see that there is no further need for the world to be divided up into that which belongs to “us” and that which belongs to “them”"
Angela Giallongo
Università di Urbino Carlo Bo; Rivista di Storia dell'Educazione

“However little the reader knows about Gillian Alban, a scholar in the field of women’s writing, through the pages of this book, they may touch the passion she draws out from mythology and literature as a force for women, as she reconstructs traditional myths… The writer offers a solid theoretical backbone in the early chapters of this book through analysis of the concepts of Jacques Lacan, Sigmund Freud, Jean-Paul Sartre, Hélène Cixous, Luce Irigaray and Simone de Beauvoir… Alban presents a powerful feminist perspective in this book; against the perspective of writers under the banner of feminism who have seen women as a victim of patriarchal authority, this writer asserts that woman everywhere can and must use her look as a force for power, turning back her assertive gaze without fear, drawing strength even from their agony, empowering themselves and refusing to be a victim. This book offers powerful insights for anyone concerned with the plight of women, in fascinating reflections regarding the powerful Medusa gaze in the writing of our female contemporaries.”
Salwa Tariq Fizee
INTERACTIONS, Vol. 28.1-2, 2019

"All in all, this study presents a wide spectrum of literary analysis which is not restricted to a particular milieu of contemporary women’s writing. Thus, this fascinating research offers an insightful guide and powerful reference to literary scholars, presenting strikingly appealing Medusas within its discussion of characters. Alban constantly supports the reader regarding ongoing arguments and offered conclusions within each chapter section. However, with its effort to analyse the varying aspects of the Medusa gaze in extensive detail, and probably concerned not to omit any significant literary work by the evaluated women writers from the sixties to the present, there are slight overlaps within the discussion. Nevertheless, literary scholars, particularly those engaged with contemporary women’s writing, will appreciate the rich resources of Alban’s analysis in this thorough and insightful study."

“This book uses the Medusa myth less to present the patriarchal objectification of women by the male gaze, than to demonstrate that woman gains an objectifying power by wielding her own gaze... While castration seems to be a key aspect of Alban’s argument, she consciously and skillfully refrains herself from complying with the Freudian theory of the castration complex, since the novels she deals with are not limited to the putative “lack” of women that threatens men, despite the level of cultural castration women suffer... Readers interested in the social restrictions on women and their metaphorical presentation through mythic women in literature will enjoy reading Alban’s book. Appreciating the nine contemporary writers and numerous cross references she discusses in her book helps readers to wholeheartedly ratify the journey of women from petrification to redemption. ”
Gamze Sabancı Uzun
Journal of American Studies of Turkey, 2018

"Filled with beautiful original artwork, The Medusa Gaze threads together several marvelous and diverse women authors, providing a sustained and attentive close reading of the female characters’ lives and psyches as girls, friends, lovers, and mothers. In so doing, the book invites a wholesale re-evaluation of the power and beauty of the ancient Medusa myth. If some of the works examined seem to beg for further analysis or investigation into the function or purpose of this mythical figure in contemporary literature, this leaves the door open to future scholars to take up the lens Alban has offered and see what insights about the feminine it may reveal."

"This book offers many insights as the reader is taken through multiple literary works. It could be a journey through hellish places you have been, or quandaries you have known, and how your spirit intuitively coped, put strategies in place to ensure your survival. [...] The Medusa Gaze is an empowering reflection on the complexities of woman’s situation, across diverse cultural experiences and personal particularities, gazing as it is from within female eyes, thus speaking a truth – which could change the world, as small particles may."

"This book demonstrates how a focus on the various interpretations of what one is tempted to call, in formalist terms, the Medusa function, can be applied to enrich our readings of literary works. In such discussions one may find a woman character who is presented as, for example, a producer of the Medusa gaze, as a ‘monstrous and terrifying Medusa’ or as an ‘icon of worship’. This book introduces, explores and persuasively argues about the significance of the conflicting, troubling, powerful and fascinating Medusa roles of women in modern and contemporary fiction."

"[O]ver time, there have been many interpretations of Medusa that have emerged and invite further examination. Enter Gillian Alban whose research and writing are creating a dialogue that extends beyond [the] narrow viewpoint of the Medusa woman as monstrous and petrifying, to include a spectrum of attributes from maternal to redemptive. [...] For such a multi-layered subject, the book is a very accessible and portable read."