A Trip to Africa: A Comic Opera by Franz von Suppé 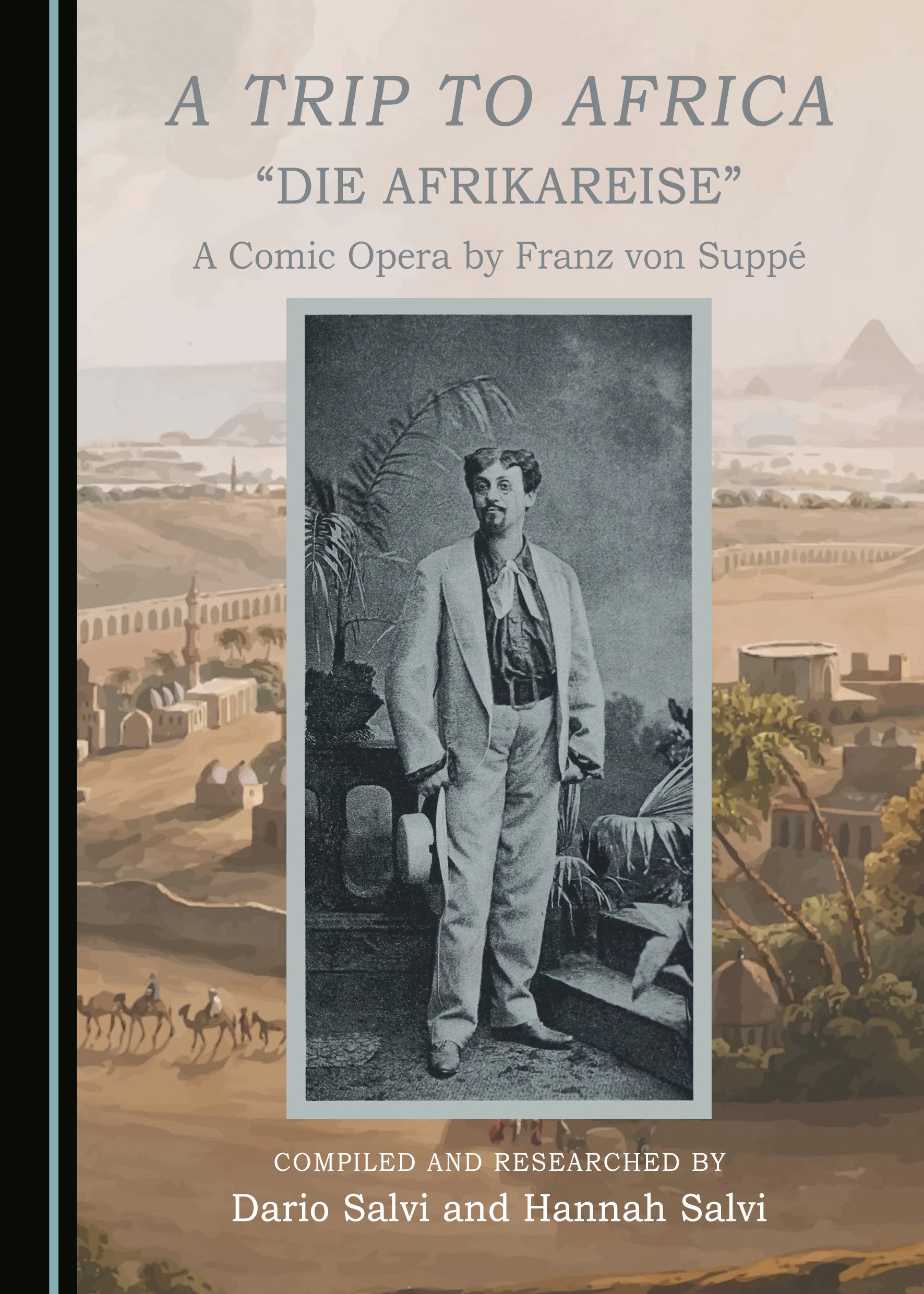 In 1883, three of the masterminds of Viennese operetta collaborated on a new masterpiece; A Trip to Africa – or Die Afrikareise in the original German. They were composer Franz von Suppé and librettists Richard Genée and Moritz West. The final result was one of the best Viennese operettas of all time. The work was performed across the world for 50 years, before the advent of films and lighter musical theatre made it, and many other works belonging to the same tradition, obsolete. The last known performance was in Italy in 1922.

Using sources from all over the world, this book pieces together for the first time a complete libretto, in English, German and Italian, with the original stage directions, as well as images of some of the productions. The story is full of humour, romance and suspense, with catchy melodies in a quintessentially Viennese style.

Dario Salvi is the conductor and founder of the Imperial Vienna Orchestra, as well as a music researcher with a particular interest in Viennese music. He served as Deputy Bandmaster of the Tridentina Regimental Band of the Alpine Troops, before receiving a degree in Psychology from the University of Derby in 2010 followed by a Master’s in Conducting from the University of East Anglia in 2012. During this time he worked with Chamber Orchestra Anglia and the University of East Anglia Symphony Orchestra. He was recently awarded Lifetime Membership by the Johann Strauss Society of Great Britain for his contribution to Viennese music, through extensive research, arranging, and promoting the genre to a wider audience. He has worked on commission for the Moscow State Symphony Orchestra and the Original C.M. Ziehrer Orchestra, amongst others.

Hannah Salvi is a music graduate with a professional background in media and the arts. She is a member of several local ensembles, including the Imperial Vienna Orchestra in which she plays the euphonium. She has also produced radio shows and been heavily involved in many areas of music and creative industry administration, including music publishing.

"[T]his is a highly laudable enterprise, and a highly valuable one. [...] Academic libraries should surely have this book in their collections, as a rare example of a modern-day operetta publication in English."

"It is so wonderful to see wider interest being taken in [Franz von Suppé's] many other forgotten works. This publication is a fine example of the new sense of investigation and scholarship now being expended on this rediscovery. Dario Salvi, a conductor who has specialized in the dance music of Imperial Vienna, is a key motivator in this process. [...] This volume is a special contribution to musicology, and a significant step in the deepening research into Viennese operetta, and particularly to the life and work of Franz von Suppé. The book is beautifully produced, lovely to handle, and a credit to both the authors and the publisher."

"This unique publication on a long forgotten operetta by Franz Von Suppè first performed in Vienna in 1883 has been meticulously put together by the conductor and musician Dario Salvi and his wife Hannah Salvi and makes for fascinating reading. It demonstrates the real difficulties in reviving forgotten masterpieces, unlike the relatively easy job of producing still popular operettas, such as Johann Strauss's Die Fledermaus. What is unique is that the book includes the complete libretto in English, German and Italian, it seems some of the text was as controversial as can be found anywhere today, so not much has changed. [...]The book is ... a truly worthy addition for afficionados of operetta, and should have special appeal in countries where it was performed, such as Austria, Germany, Italy, Hungary, and by far not least, on Broadway in the United States."