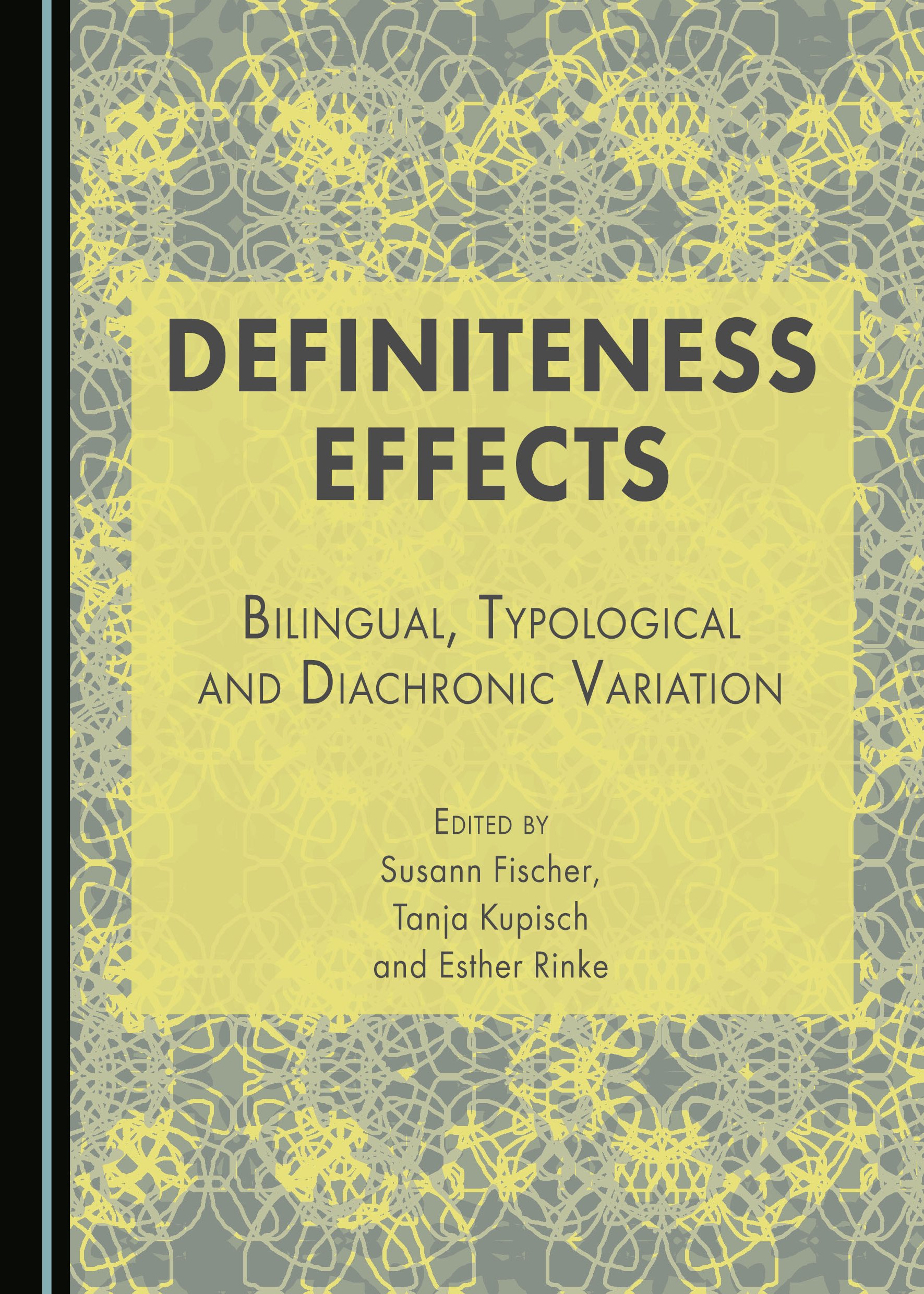 This volume explores in detail the empirical and conceptual content of the definiteness effect in grammar. It brings together a variety of relevant observations from a typological, diachronic and a bilingual/second language acquisition perspective, and provides a general overview of different approaches concerned with the syntactic, morphological, semantic, and pragmatic properties of the Definiteness Effect in a series of European and non-European languages.

Susann Fischer is a Full Professor of Spanish and Catalan Linguistics at the University of Hamburg. Her research comprises comparative diachronic syntax, (contact-induced) language change, syntax theory, and interface phenomena. She is the author of The Catalan Clitic System: A Diachronic Perspective on its Syntax and Phonology and Word-order Change as a Source of Grammaticalisation. She is one of the editors of Agreement Restrictions, and has published a number of articles in books and journals, including Diachronica, Caplletra, Linguistische Berichte, Working Papers of Scandinavian Syntax, and Typological Studies in Language.

Tanja Kupisch is Full Professor in Linguistics at the University of Konstanz, and Associated Professor at the Arctic University of Norway. She has worked as a researcher and teacher at the universities of Hamburg, Calgary, McGill and Lund, focusing on various aspects of language acquisition. Her research areas include child bilingualism, adult L2 acquisition, bilectal language acquisition, L3 acquisition, language attrition, and language dominance, and her work is concerned with various aspects of nominal syntax and pronunciation. Her publications have appeared in journals such as Bilingualism: Language and Cognition, International Journal of Bilingualism, Linguistic Approaches of Bilingualism, and Second Language Research.

Esther Rinke is a Full Professor of Spanish and Portuguese Linguistics at the Goethe-University of Frankfurt. Her research covers comparative Romance linguistics, diachronic syntax, heritage bilingualism, and the analysis of linguistic variation. She has published work on theories of diachronic change, the historical development of the nominal domain in Portuguese, word order variation and change in French and Portuguese, the synchrony and diachrony of relative clauses across Romance languages, and the analysis of syntactic variation of clitic doubling in Spanish. Rinke has also worked extensively on the relation of language change and language acquisition, and on the linguistic competence of heritage bilinguals in Germany.