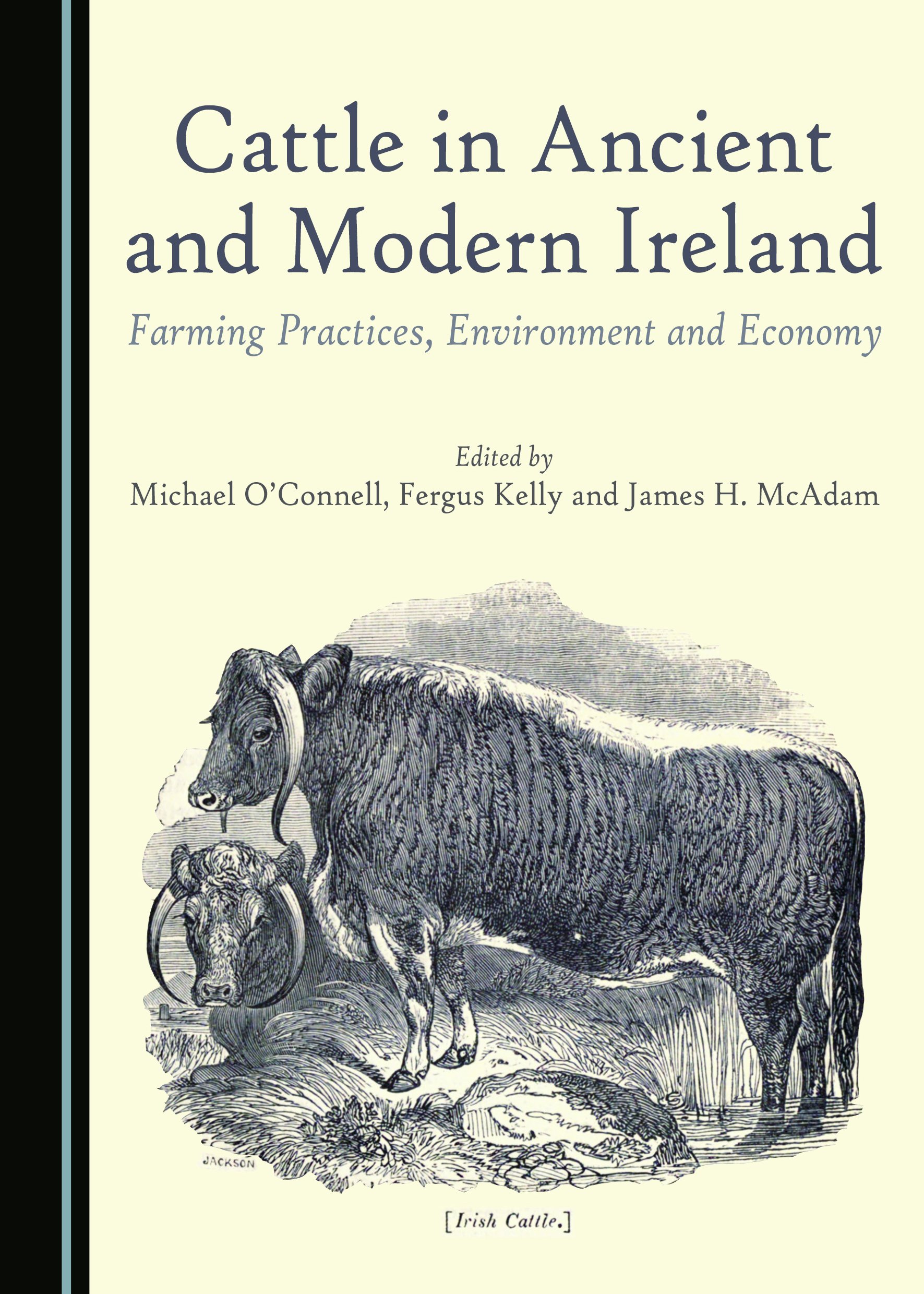 Cattle have been the mainstay of Irish farming since the Neolithic began in Ireland almost 6000 years ago. Cattle, and especially cows, have been important in the life experiences of most Irish people, directly and/or through legends such as the Táin Bó Cuailnge (The Cattle-raid of Cooley). In this book, diverse aspects of cattle in Ireland, from the circumstances of their first introduction to recent and ongoing developments in the management of grasslands – still the main food-source for cattle in Ireland – are explored in thirteen essays written by experts. New information is presented, and several aspects relating to cattle husbandry and the interactions of cattle and people that have hitherto received little or no attention are discussed.

Michael O’Connell is Professor emeritus at the National University of Ireland Galway (NUIG) where he has been involved in research, teaching and administration for over four decades. He has also researched at the Lower Saxony Institute for Historical Coastal Research in Wilhelmshaven, the Institute for Geobotany, University of Hanover and the Deutsches GeoForschungsZentrum (GFZ), Potsdam, supported by the Humboldt-Stiftung and DAAD. He is an elected member of the Royal Irish Academy. He serves on the editorial board of Vegetation History and Archaeobotany and is chairperson of the Agricultural History Society of Ireland.

Fergus Kelly is a Senior Professor emeritus in the School of Celtic Studies, Dublin Institute for Advanced Studies. His main academic interests are in early Irish legal and social history, he is editor of the Early Irish Law Series and has served as a co-editor of Celtica (1999–2015). His publications include an edition (with Thomas Charles-Edwards) of an Old Irish law-text on bee-keeping (1983), a Guide to Early Irish Law (1988) and Early Irish Farming (1997). He is an elected member of the Royal Irish Academy.

James McAdam is an Honorary Professor in the School of Biological Sciences, Queen’s University Belfast and Head of the Crops, Grassland and Ecology branch in the Agri-Food and Biosciences Institute (AFBI), Northern Ireland. His research interests include the agronomy of hill and upland pastures, silvopastoral systems, and southern hemisphere, cool-temperate grasslands. He is editor of the Falkland Islands Journal, and serves on the editorial board of Biology and Environment and Anales del Instituto de la Patagonia. He is a Fellow of the Council of Awards of Royal Agricultural Societies and was awarded an OBE in 2014 for services to agriculture and research.

"This fascinating volume brings together some of the latest science about cattle in Ireland past and present. With a range of methodological directions, it has much for the specialist and for the general reader. [...] [T]he contents make this fine collection an indispensable work for all scholars of farming in Ireland."

"While by its nature, this collection of conference papers is variable in coverage and focus, in all, the volume has a great deal of useful information, from many leading practitioners in the subject. It is a valuable contribution to the subject area."