Constraints and Driving Forces in Economic Systems: Studies in Honour of János Kornai 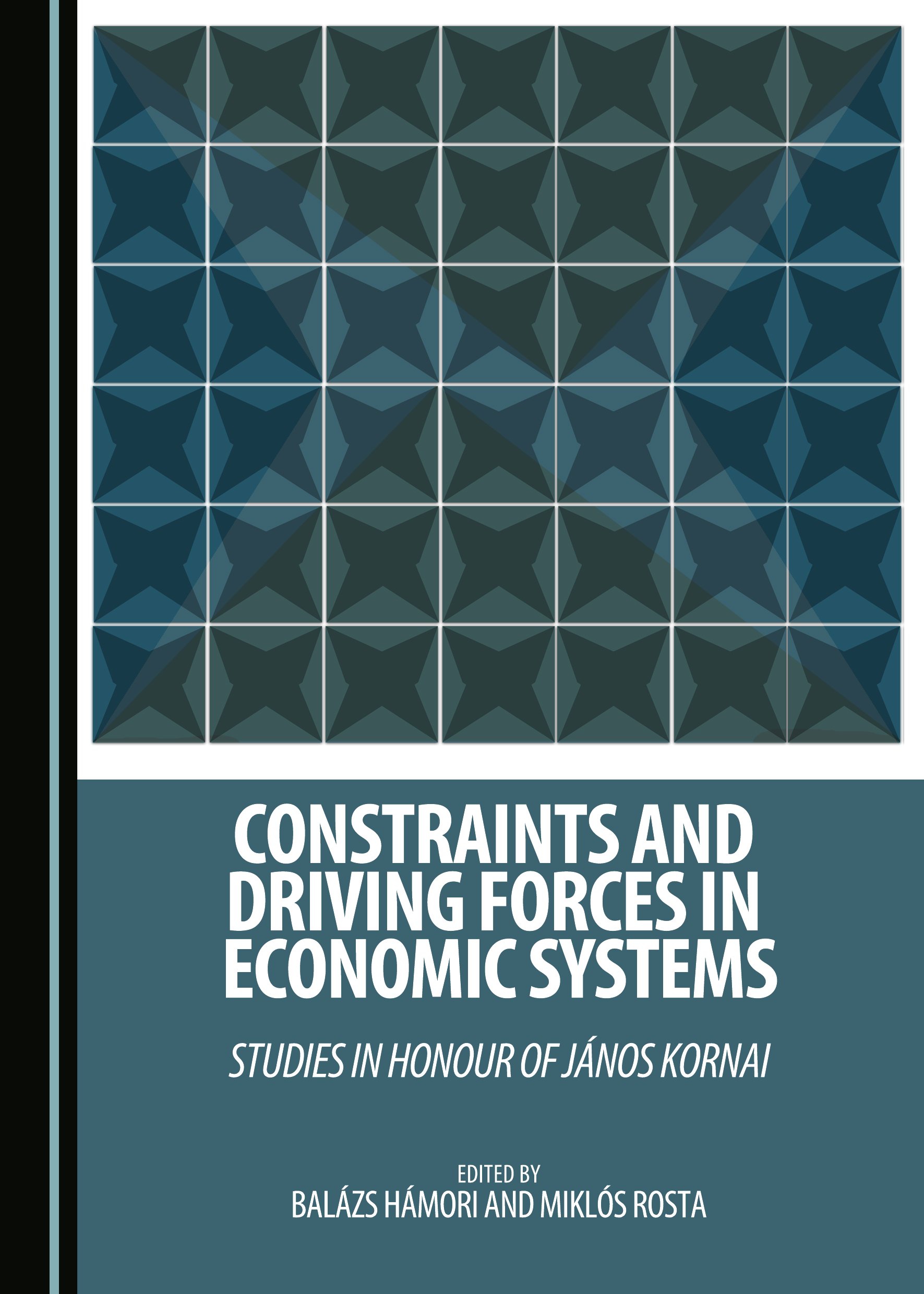 What do the diametrically opposite tendencies in the height of the North Korean and South Korean population over the past sixty years, the paternalism in the current pension systems, and the Greek crisis have in common? Readers should not promptly reply “nothing”, as Constraints and Driving Forces in Economic Systems shows. The contributions to this volume analysing various topics actually all discuss the same point: the forces driving development and the constraints hindering progress in economic systems and subsystems.

Miklós Rosta is Lecturer in Economics at the Department of Comparative Economics of the Corvinus University of Budapest, having received his PhD in Economics in 2012 from the same university. His research focuses on the institutional arrangement of public sector reforms and public management issues.

“János Kornai is our leading contemporary scholar of comparative economic systems. His work is essential for an understanding of planned and socialist economies. But, as this fascinating collection of essays underscores, his work has inspired plenty of insight into capitalism too. A remarkable volume following in the footsteps of a remarkable scholar.”
Eric Maskin
Nobel Laureate, Adams University Professor at Harvard University

“János Kornai is one of the greatest living economists. His work is suitably honoured in this diverse and fascinating collection of essays. Due attention is paid by the authors and editors to his path-breaking classic book entitled Anti-Equilibrium and to his immensely stimulating and influential work on soft and hard budget constraints. Kornai’s theoretical contributions typically place dynamic considerations at the centre, combining rich psychological insights about individuals with a deep appreciation of the systemic and structural features of complex modern economies. These essays are a great tribute to his huge achievement.”
Geoffrey M. Hodgson
Research Professor at University of Hertfordshire; Editor-in-Chief of the Journal of Institutional Economics

“This volume collects the writings of a group of distinguished scholars in economics, political science and anthropology to celebrate the 85th birthday of János Kornai, one of the most prominent contemporary social scientists. These papers collectively make original contributions to a broad range of literatures by continuing the explorations pioneered by Kornai. Anyone interested in innovation, institution, and their interactions will find this volume to be of great value.”
Chenggang Xu
Quoin Professor in Economic Development, University of Hong Kong