The Admiralty Sessions, 1536-1834: Maritime Crime and the Silver Oar 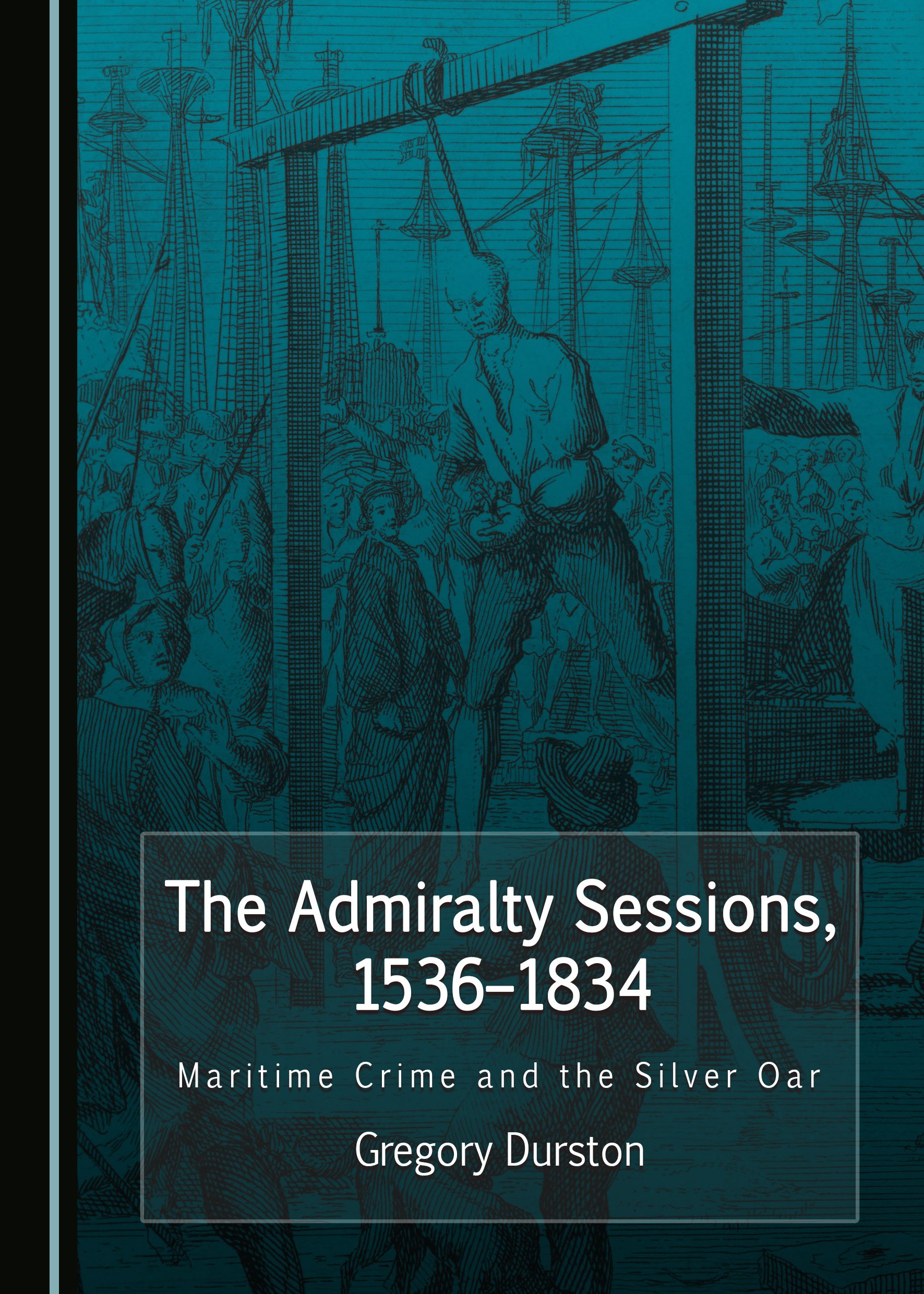 The growth in England and Britain’s merchant marine from the medieval period onwards meant that an increasing number of criminal offences were committed on or against the country’s vessels while they were at sea. Between 1536 and 1834, such crimes were determined at the Admiralty Sessions if brought to trial. This was a special part of the wider Admiralty Court, which, unlike the other forums in that tribunal, used English common law procedure rather than Roman civil law to try its cases. To a modest extent, this produced a ‘hybrid’ court, dominated by the common law but influenced by aspects of Europe’s other major legal tradition. The Admiralty Sessions also had their own (highly singular) regime for executing convicts, used the Marshalsea prison to hold their suspects and displayed the Admiralty Court’s ceremonial silver oar at their hearings and hangings.

During the near three centuries of its existence, the Admiralty Sessions faced enormous legal and logistical problems. The crimes they tried might occur thousands of miles and months of sailing time away from England. Assembling evidence that would ‘stand up’ in front of a jury was a constant challenge, not least because of the peripatetic lives of the seafarers who provided most of their witnesses. The forum’s relationship with terrestrial criminal courts in England was often difficult and the demarcation between their respective jurisdictions was complicated and subject to change. Despite all of these problems, the court experienced significant successes, as well as notable failures, in its battle to deal with a litany of serious maritime crimes, ranging from piracy to murder at sea. It also spawned a series of Vice-Admiralty Courts in English and British colonies around the world.

This book documents the origins, development and abolition of the Admiralty Sessions. It discusses all of the major crimes that were determined by the forum, and examines some of the more arcane and unusual offences that ended up there. Some of the unusual challenges presented by the maritime environment, whether the impossibility of preserving dead bodies at sea, the extensive power given to captains to physically punish sailors, the difficulty of securing suspects in small vessels, or the often gruesome problems occasioned by the marginal legal status of slaves, are also considered in detail.

Gregory Durston read History for his first degree before training for the bar. For many years, he was Reader in Law at Kingston University, UK, where he is still an Honorary Fellow.