The Future of (High) Culture in America 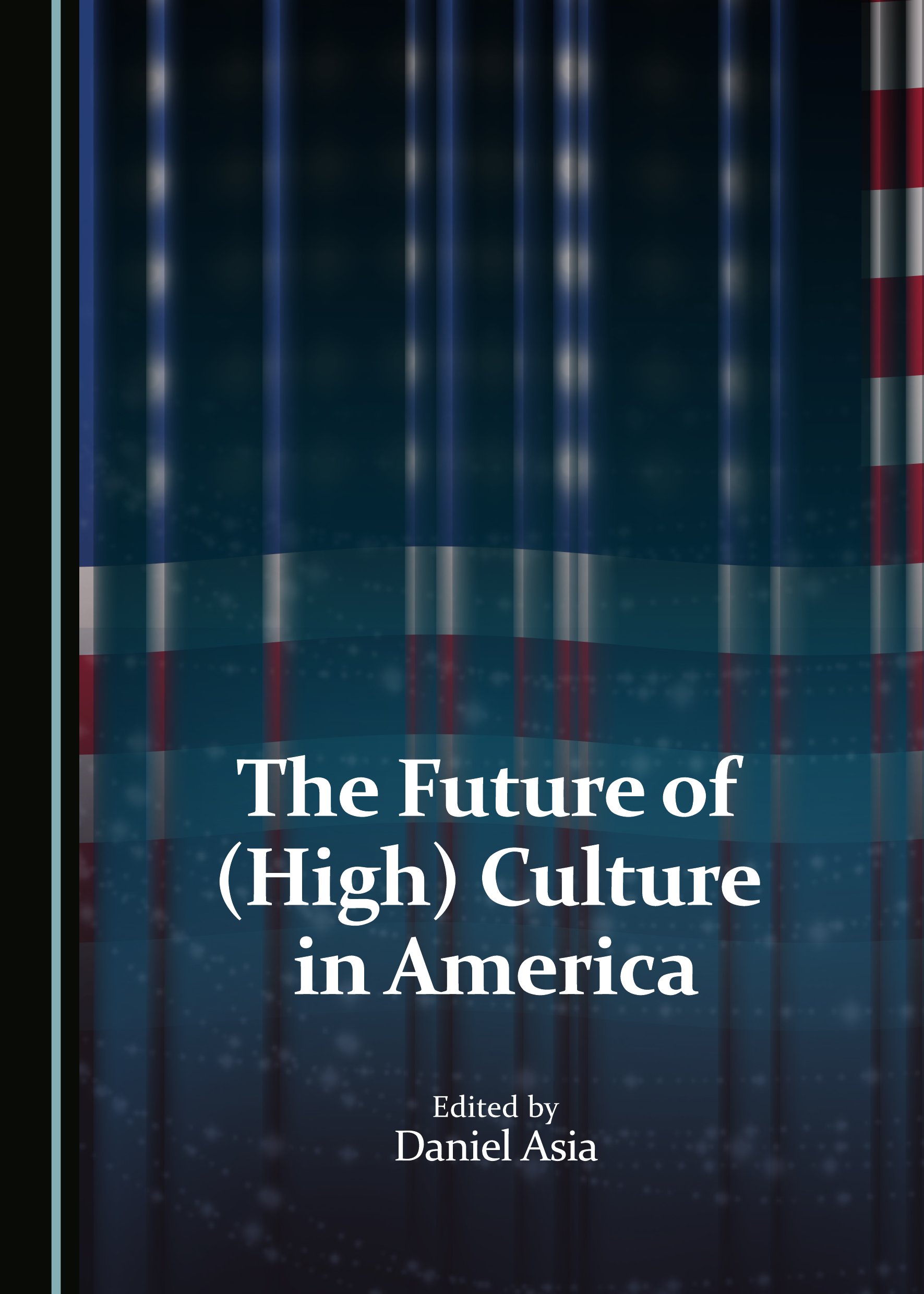 This book brings together the proceedings of the inaugural conference of the University of Arizona Center for American Culture and Ideas (CACI), an institution dedicated to studying and promoting the arts, particularly investigating the relationship between the high arts and culture in America. The conference was titled “The Future of (High) Culture in America,” and was held in March 2014. Presenters and respondents included practicing artists, critics, educators and academics, curators, and art purveyors, all at the top of their game. Papers were presented, followed by comments from a panel of respondents and an audience question and answer period.

The conference title can be read as both a statement and a question: Is there high culture in America, and if so, is it in jeopardy? This suggests an opportunity to consider what “culture” or “high culture” means. This book explores a range of subjects, including music, dance, the visual arts (particularly photography), and more general philosophical and psychological matters. As such, it offers a fascinating and provocative kaleidoscope of the position of arts and culture in America.

Daniel Asia is Director of the University of Arizona Center for American Culture and Ideas, and a composer, conductor, educator, and writer. He has received grants from Meet the Composer, a UK Fulbright award, a Guggenheim Fellowship, MacDowell and Tanglewood fellowships, ASCAP and BMI prizes, and Copland Fund grants. He was recently honored with a Music Academy Award from the American Academy of Arts and Letters. From 1991 to 1994, he was Composer-in-Residence of the Phoenix Symphony. Asia’s five symphonies have received wide acclaim, and his Fifth Symphony was commissioned for the Tucson and Jerusalem symphony orchestras in celebration of Israel’s 60th anniversary. In the chamber music arena, he has written for, and been championed by, the Dorian Wind Quintet, American Brass Quintet, Meadowmount Trio, and Cypress Quartet, among others. Under a Barlow Endowment grant, he recently finished a new work for The Czech Nonet, the longest continuously performing chamber ensemble on the planet, founded in 1924. The recorded works of Daniel Asia may be heard on the labels of Summit, New World, Attacca, Albany, and Mushkatweek. His articles have appeared in Academic Questions, New Criterion, and the Huffington Post. He is currently Professor of Music at the University of Arizona.

“A heartfelt review of the American cultural scene by people who have come together to interrogate it. Full of insights and calls for renewal, with an impressive range of reference. Reading this book was a great learning experience, and its findings will surely bring a measure of hope to those who are concerned about the future of high culture in this country.”
Sir Roger Scruton
Senior Fellow of the Ethics and Public Policy Center

“Daniel Asia and his friends are friends of (high) culture – which can use the friendship, and appreciation, and furtherance. This book is a remembrance of things past and a recommendation for the future.”
Jay Nordlinger
Senior Editor, National Review

“What is ‘high culture,’ and how is it related to ‘mass culture?’ Is its future uncertain in this information age, and how might life be different given dramatic changes in the arts – whatever their level? The intriguing essays in this book pursue these and other engaging questions, and will interest not only anyone who cares about the arts or crosscurrents in contemporary culture but also people in literature, aesthetics, and social criticism.”
Robert Audi
John A. O’Brien Professor of Philosophy, University of Notre Dame

“Anyone interested in the fate of our civilization (let alone “high culture”) will want to read this sobering and informative book.”
Roger Kimball
Editor and Publisher, The New Criterion

“This volume is a lively and learned collection of essays by critics at the center of their art forms. They don't waste time lamenting the slow and steady death of high culture in the United States. Instead, they speak of its survival within a democratic culture and among smaller, but fiercely devoted audiences. We hear the best of high culture experience without the grousing over its limited appeal and decay in mainstream media and on college campuses.”
Mark Bauerlein
Professor of English, Emory University

“An important book for those who care about the state, and fate, of high culture.”
Bruce Cole
Senior Fellow of the Ethics and Public Policy Center