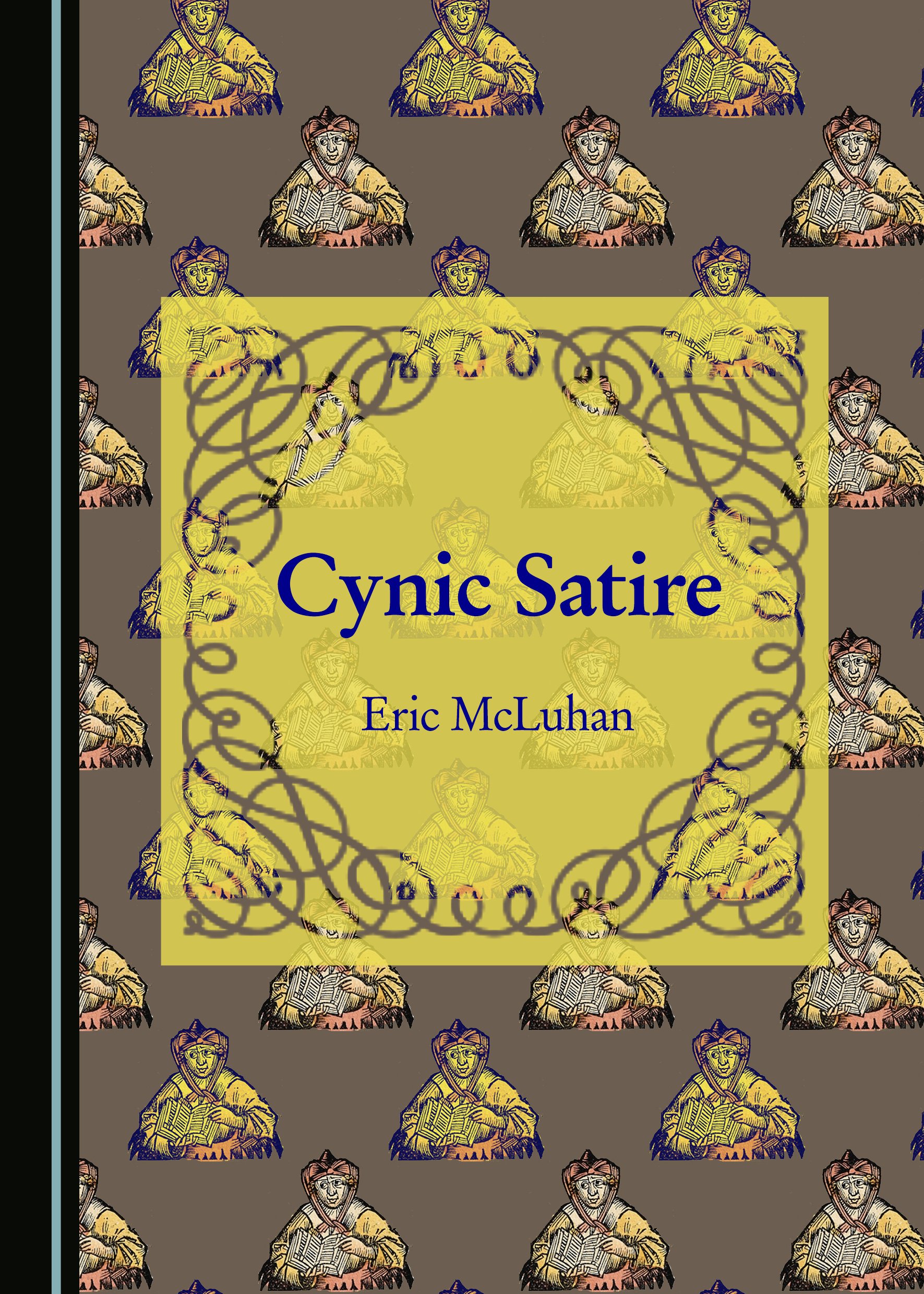 A Menippean – Cynic – satire is a device for producing a specific kind of effect on the reader. Menippean satire is an active form, not a passive one: any work that produces the effect of a Menippean satire is a Menippean satire. It is the embodiment of a Cynic – of a Diogenes or a Menippus or a Lucian or a Rabelais. For centuries, it has frustrated the best efforts of critics to define it. Descriptive criteria (such as “a mixture of verse and prose”) invariably fail because the form is determinedly fluid and polymorphous, and playful: it shifts its mode of attack with every change in culture or perception. Menippists plagiarize with abandon, from anyone and any period and culture. McLuhan has found a new and potent method of coming to grips with the satires by examining their interaction with the audience: the satire does what a Cynic would, were he or she physically present. This approach accounts for every shift in technique, from the most ancient (Homer composed one, the Margites) to tomorrow afternoon, and also opens the discussion of Menippism in any and all media other than literature – TV, digital, film, radio, et al. The book ends with a litmus test for detecting Menippean satires. It is also lavishly illustrated with title pages of some of the most notorious examples in the tradition, and is ideal as a textbook for undergraduates.

Eric McLuhan wrote his dissertation on arguably the greatest Menippean satire of all time, Finnegans Wake by James Joyce (published by University of Toronto Press as The Role of Thunder in Finnegans Wake). He worked for fifteen years with Marshall McLuhan, and they co-authored numerous articles and books, such as Laws of Media: The New Science; Theories of Communication; City as Classroom; and Media and Formal Cause. He has taught and lectured at universities in Canada and the USA, at the Vatican on several occasions, and at the United Nations in New York. His recent publications include a study of perception called The Sensus Communis, Synesthesia, and the Soul; the last two of a five-book series called The Human Equation, written with master mime, Wayne Constantineau; and a study of ancient Egyptian art that reveals how 4500 years ago the Egyptians invented – and used extensively in their most familiar imagery – animation and 3D.