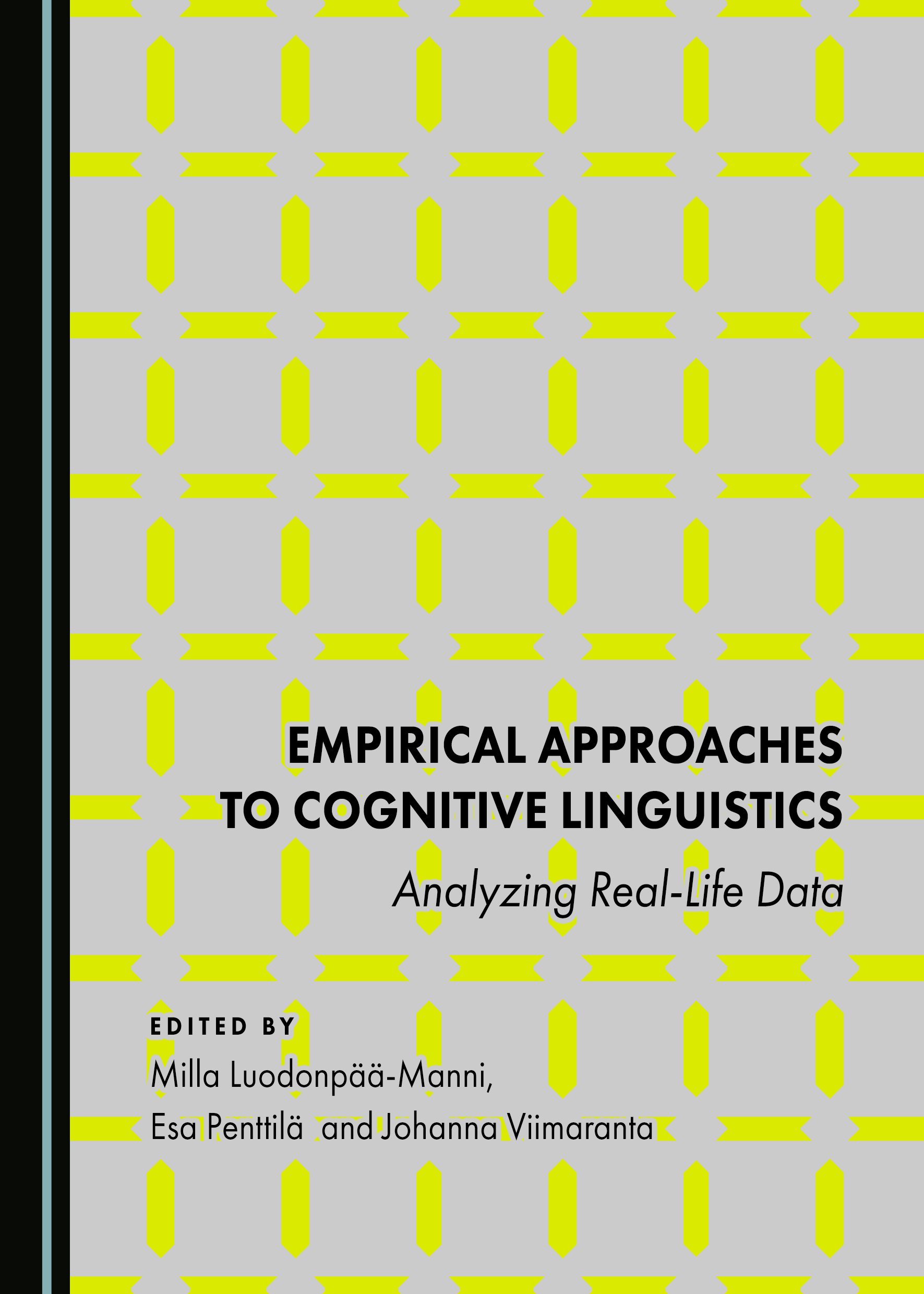 This collection takes a cognitive linguistic view on analyzing language and presents innovative contemporary Finnish research to the international audience. The volume brings together nine chapters presenting empirical case studies that rely on various kinds of corpus data and experimental data or combine both types of empirical evidence. The topics vary from semantics to grammatical description, from terminological choices to language acquisition, and they study language from perspectives as diverse as psycholinguistics, comparative linguistics, and translation studies.

A multi-methodological approach to linguistic research is promoted in this book. The idea is that language in all its diversity can best be studied by using the entire spectrum of modern quantitative and qualitative methods. It will appeal to academic readers, students, and established researchers, interested in the study of authentic linguistic material especially from the cognitive perspective.

Milla Luodonpää-Manni is a Postdoctoral Researcher at the University of Turku, Finland. She was educated at the same university, where she completed her PhD in French studies in 2016. Dr Luodonpää-Manni is interested in cognitive semantics, cognitive metaphor theories, academic discourse, scientific terminology, and metatheory of science. She is also actively involved in a multidisciplinary research project, Whose welfare society?, that investigates the attitudes towards some minority groups, such as immigrants, and the position they have in society.

Esa Penttilä is a Lecturer in English language and translation at the University of Eastern Finland in Joensuu, Finland. He received his PhD in English at the University of Joensuu in 2006. His interests extend to various areas of language and cognition including idiomaticity, figurative language, crosslinguistic research, natural translation, and the interdisciplinary approach to linguistics and translation studies.

Johanna Viimaranta is Professor of Russian language at the Department of Russian Studies in the School of Languages and Translation Studies at the University of Turku, Finland. She received her PhD in Russian language and literature at the University of Helsinki, Finland, in 2006. Her interests include qualitative linguistic methodology in Slavic studies, comparative linguistics and cognitive linguistics. Her recent work concerns verbal prefixes, onomatopoeic interjections and case systems.

"It is exciting to see a collection of papers that provides a comprehensive overview of contemporary Finnish cognitive linguistics. Since the use of empirical methods is of paramount importance for cognitive linguistic theory, this book is an invaluable resource for the international cognitive linguistics community. Readers benefit from detailed studies on various topics from different languages, ranging from grammar to lexicon. The value of the book lies in its use of authentic language data and the employment of different empirical approaches, including advanced statistical techniques, corpus-linguistic and experimental methods, and methods unique to cognitive linguistics, such as construction analysis and grammatical profiling."

"This is an original collection of papers from prominent cognitive linguists in Finland, analyzing constructions involving case, aspect, figure-ground relations, light and reflexive verbs, prepositions and idioms, and dealing with phenomena such as translation, scientific terminology, language acquisition and language change. Characteristically, while the studies emphasize the use of 'real life data' and empirical methodologies, they also demonstrate that these serve as complements, rather than substitutes, to intuition-based analysis."