Home / Buy A Book / Social Sciences / Do We Know What We Are Doing? Reflections on Learning, Knowledge, Economics, Community and Sustainability

Do We Know What We Are Doing? Reflections on Learning, Knowledge, Economics, Community and Sustainability 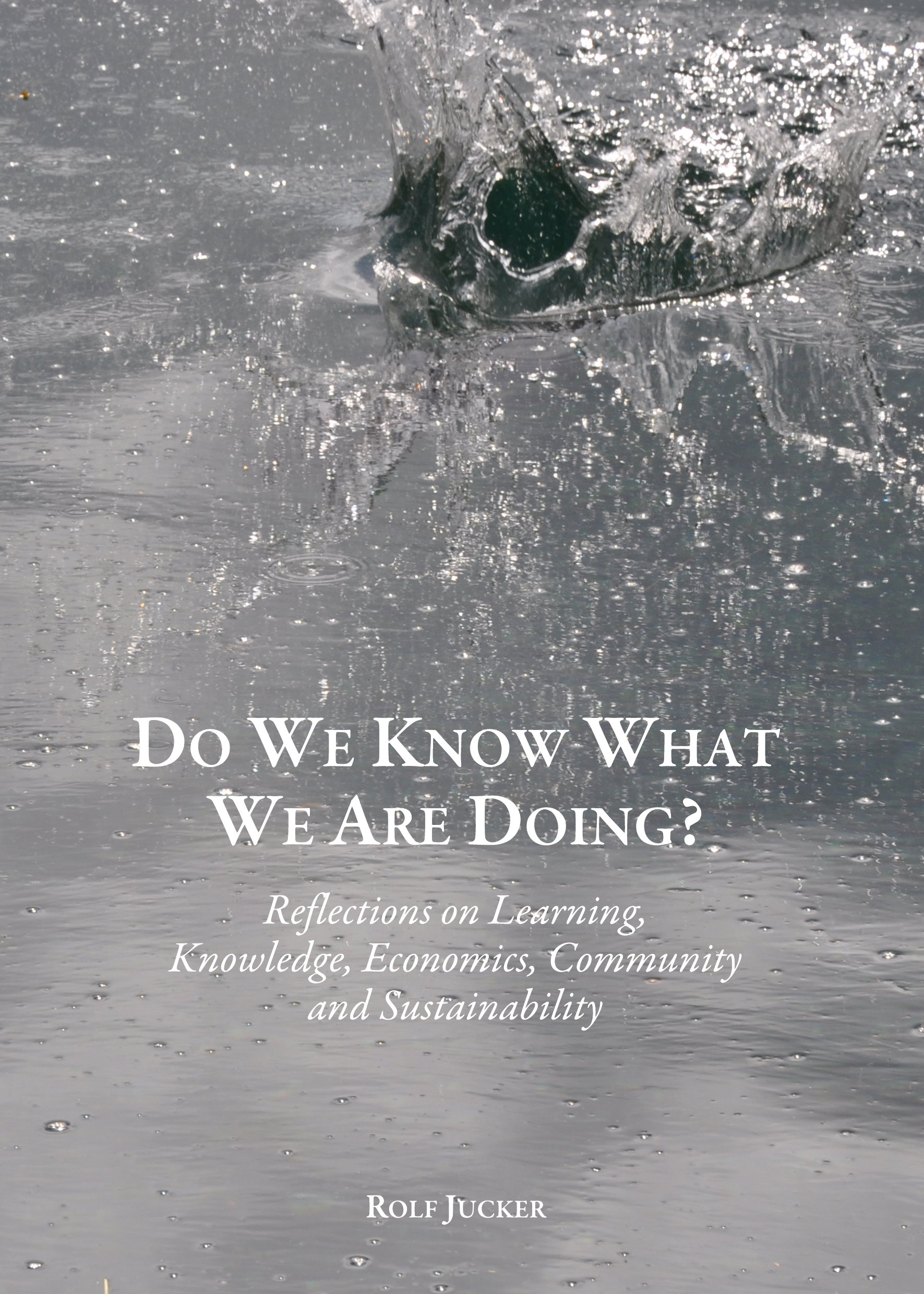 The discourse of education for sustainability has been severely limited by the fact that it largely refuses to acknowledge important insights from other fields of learning and knowledge. This reluctance to engage with central insights regarding how the world and, more specifically, how human interactions with both the human and non-human world work, ensures that it has remained a largely self-centred discourse. It is tangled up with reflections on education without contextualising them in the real world. As such, it is not just education in general, but also so-called “education for sustainable development” (ESD), that needs to perform a radical paradigm shift and become communal learning in real-time in a real place. This, therefore, necessitates a willingness to face some tough questions regarding its prevailing insularity.

Dr Rolf Jucker is currently Director of SILVIVA, the Swiss Foundation for Experiential Environmental Education. He is also working as a Learning for Sustainability Consultant. He served as the Director of the Swiss Foundation for Environmental Education from 2008–2012. Having gained an MSc in Education for Sustainability (EfS), he has worked widely as an international EfS advisor, and has written extensively on the subject, with his publications including Our Common Illiteracy. Education as if the Earth and People mattered (2002).

“Do We Know What We Are Doing [is] a short but nuanced and ambitious book working across a vast domain of thought, theory and study. […] [It] is a forceful and provocative manifesto that makes a revolutionary call to return to the local for ‘small-scale change that cannot be anything else but communal, co-created change in a specific, real place’ (p. 70). Jucker humbly offers three guiding principles and eight initial criteria for action to transform the here and now into a ‘laboratory of the future’.”
—Michael Carroll, Journal of Education for Sustainable Development, 9:2

“This is a timely text, from someone who is widely respected in the field, and has considerable strengths. Firstly, it deals with issues that are growing in importance, something which people on the ground increasingly acknowledge, even if governments don’t. Secondly, its ‘end of Decade’ timing is perfect. Thirdly, its focus is such that it represents a way of approaching issues that are relevant to the existential problems we face. And, lastly, it is clear-headed about its subject.

Of course, a new Rolf Jucker book is always something to look forward to. Rolf is a person to admire because of the sincerity and commitment he brings to his work, and he is someone whose work you admire for its intellectual coherence, its ability to communicate difficult ideas, and for the sustained challenge and stimulus you get from reading.”
—Emeritus Professor William Scott, Centre for Research in Education and the Environment, University of Bath, UK

“His work always impressed me because he wasn’t afraid to ask uncomfortable questions and push the debate further. His main focus is on how to make sustainability happen in practice rather than on academic debates about terminology. His new book is again an important contribution to the international debate on education for sustainability because it asks some necessary questions about the impact and effect of educational activities. Rather than hoping that this input—lectures, lessons, teaching materials and courses—yields the desired effects, we should, he suggests, focus on helping social learning in the real world. I am happy to recommend his work not just to ‘education for sustainable development’ practitioners but to people interested in education in general.”
—Professor Stephen Sterling, Centre for Sustainable Futures, Plymouth University, UK

“Dr Jucker is one of the world’s leading experts in the field of learning for sustainability and has played a significant national role in promoting policy and practice in Wales and the UK more generally. More recently he has contributed to national policy and practice in Switzerland, especially in the context of school education. He is the author and co-author of a number of books and refereed papers in the field of learning for sustainability.”
—Professor Stephen Martin, Visiting Professor in Learning for Sustainability at the University of the West of England; Honorary Professor at the University of Worcester; Chair of the Higher Education Academy’s Sustainable Development Advisory Group (2009–2013; Cofounder and President of Student Force for Sustainability (now called Change Agents–UK), UK

“Through a penetrating semantic analysis that ranges widely across the literature, Rolf offers a refreshing re-examination of the notion of sustainability and how we educate for it. […] Rolf impressed me immediately with his grasp of the bigger picture whilst simultaneously holding a profound understanding of what makes things happen at the local level. His humanitarian and pragmatic views on today’s social and environmental matters are a welcome counterpoint to the entrenched opinions and vested interests that prevail.”
—Emeritus Professor Patrick Dillon, Graduate School of Education, University of Exeter; Professor of Applied Education, Faculty of Philosophy, University of Eastern Finland

“Unlike many reformers whose thinking is still dominated by what they learned from their professors in the last decades of the 20th century, Dr Jucker is an ecological thinker who understands the world as emerging, relational, and co-dependent – and not a world of fixed entities and abstract ideas. Thus, he is able to explain the nature and importance of exercising ecological intelligence, and to explain the educational reforms that are consistent with understanding the interdependencies between cultural and natural ecologies. In short, he is a leading thinker in the field and an advocate of educational reforms that address the deep cultural roots of the ecological crisis.”
—Professor Emeritus Chet Bowers, Portland State University, USA