Home / Buy A Book / Social Sciences / Ecclesia et Violentia: Violence against the Church and Violence within the Church in the Middle Ages

Ecclesia et Violentia: Violence against the Church and Violence within the Church in the Middle Ages 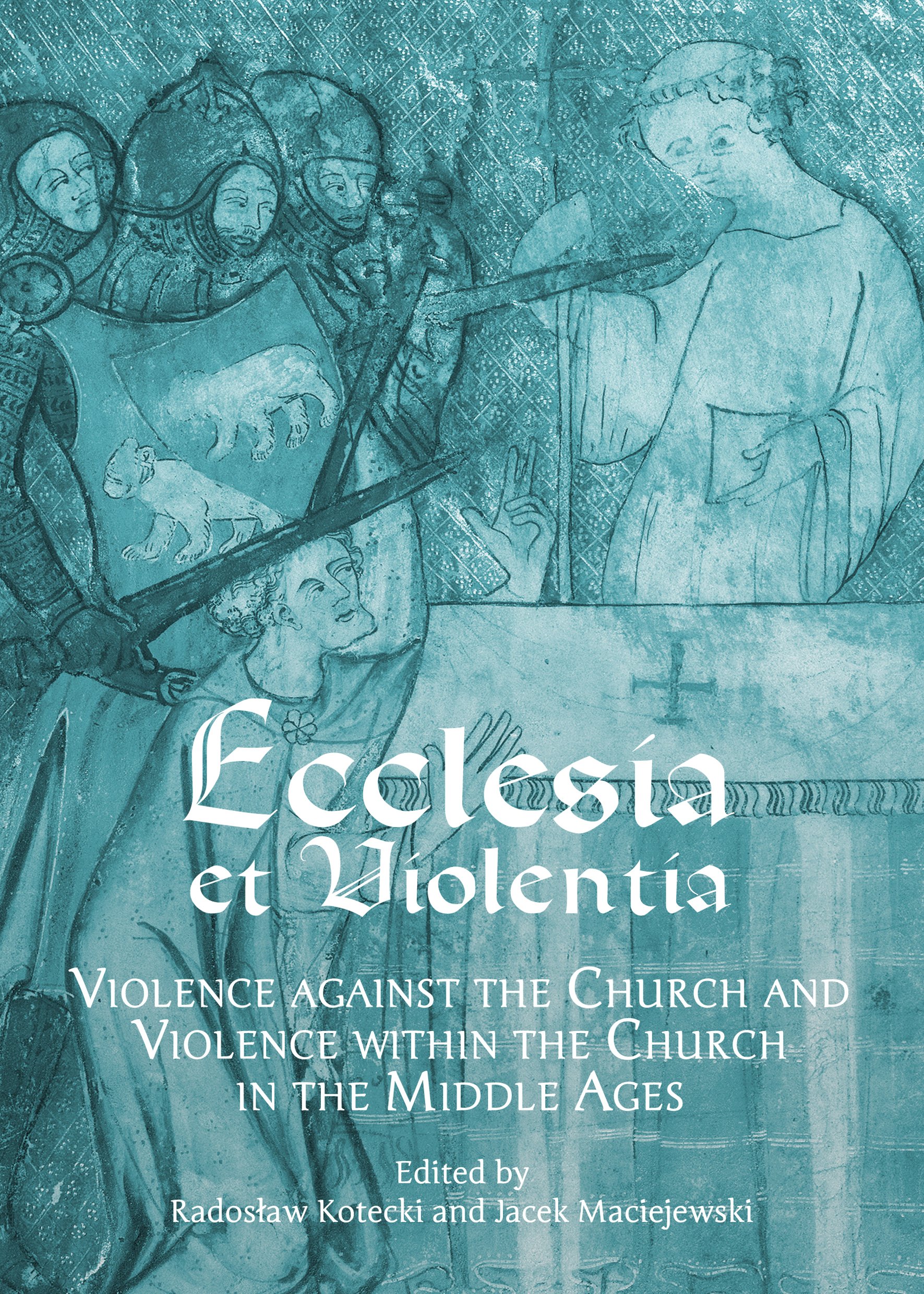 Ecclesia et Violentia is an interdisciplinary anthology that explores the phenomenon of violence in relation to the medieval Church, as well as within the structures of that institution. The volume provides a clearer understanding of hostile and violent acts against both religious institutions and clergy, and explores the interpersonal aggression between clergymen or forms of violent behaviour of medieval clerics. It investigates, furthermore, the role of violence in maintaining discipline within religious communities, as well as religious, legal and cultural interpretations of the aforementioned issues. However, despite the many points of view expressed here, the central question the authors reconcile is how the phenomenon of violence interacted with the most important medieval institution, and official Church thinking regarding concepts such as power, rank, feudal loyalty and protection and ownership. Through the geographical diversity of the contributions and the variety of disciplinary perspectives, this book highlights how important violence was in the life of the clergy and how it formed an integral part of the legal culture and social bonds in many regions of medieval Europe.

Radosław Kotecki is an Adjunct Professor at the Institute of History and International Relations of the Kazimierz Wielki University in Bydgoszcz, Poland, which he joined in 2014. His interests are focused on comparative medieval history, particularly the relationship between rulers and the Church, religion, canon law, violence against the Church, clerical involvement in warfare, rituals of penance and the problem of communication in high medieval societies of Western and East-Central Europe. He is currently the main organizer of the international project “Clerics and War in Medieval Europe: New Perspectives”, and is preparing the manuscript of his first monograph on the idea of defensio ecclesiae in the medieval West before the middle of the 12th century.

Jacek Maciejewski is Associate Professor and Head of the Institute of History and International Relations of Kazimierz Wielki University, Poland. His research concerns the career patterns of senior clergy and their participation in the social, cultural and political life of medieval Poland and other European countries (with special reference to episcopacy), as well as the history of church-state relations and episcopal rituals. He is the author of three books, including Polish Episcopacy of the Feudal Defragmentation Era, 1180-1320 and Adventus episcopi: Non-Liturgical Aspects of Episcopal Inauguration in Medieval Poland on the European Background, as well as numerous articles and book chapters. He is the co-organiser of the international project “Clerics and War in Medieval Europe: New Perspectives”.

"[T]he wide-ranging view of the Church and violence in medieval times has produced ... an important discussion with the picture that emerges based on the extensive, and recently fast-accreting, literature."

"This splendid set of essays, by an international group of scholars specialized in a wide range of times and places comprising medieval Europe, concerns medieval violence, affecting “the Church”. In well-designed thematic sections, the book considers violence perpetrated against and by clerics, affecting their surrounding world, and as a subject of contemporary ideas perceptions. The result contributes to recent debates on the image, representation, and reality of medieval violence."

"These discussions show tremendous range: from representations of fictive violence in texts to actual violence on the ground to normative discussions of violence in the law. The sources plumbed exhibit a similar variety, from the literary – even the Carmina Burana! – to the soberest of record sources. The kind of violence also varies, from that against persons to that against property. Some essays focus on the roots of violence while others focus on responses to it. Specialists’ queries regarding this or that piece will not obviate the richness of this collection. That international character helps make possible another virtue: the volume’s unusual geographic range, bringing together western and eastern Europe. That strength is worth the price."

—Michael Burger, Dean of the School of Liberal Arts at Auburn University at Montgomery

"The subject matter ranges in date from the sixth to the fifteenth century and covers almost all of Europe [...] The introduction also includes useful brief summaries of each of the articles. Together they throw light on many different aspects of violence in the Middle Ages. [...] As a whole ... this volume makes a useful and interesting contribution to an important subject."

"Some very interesting discussions emerge from this collection of 19 texts, which has been edited by Radosław Kotecki and Jacek Maciejewski. [...] This certainly brings some interesting new dimensions to the problem for the next phase of the 'Ecclesia et Violentia' project."