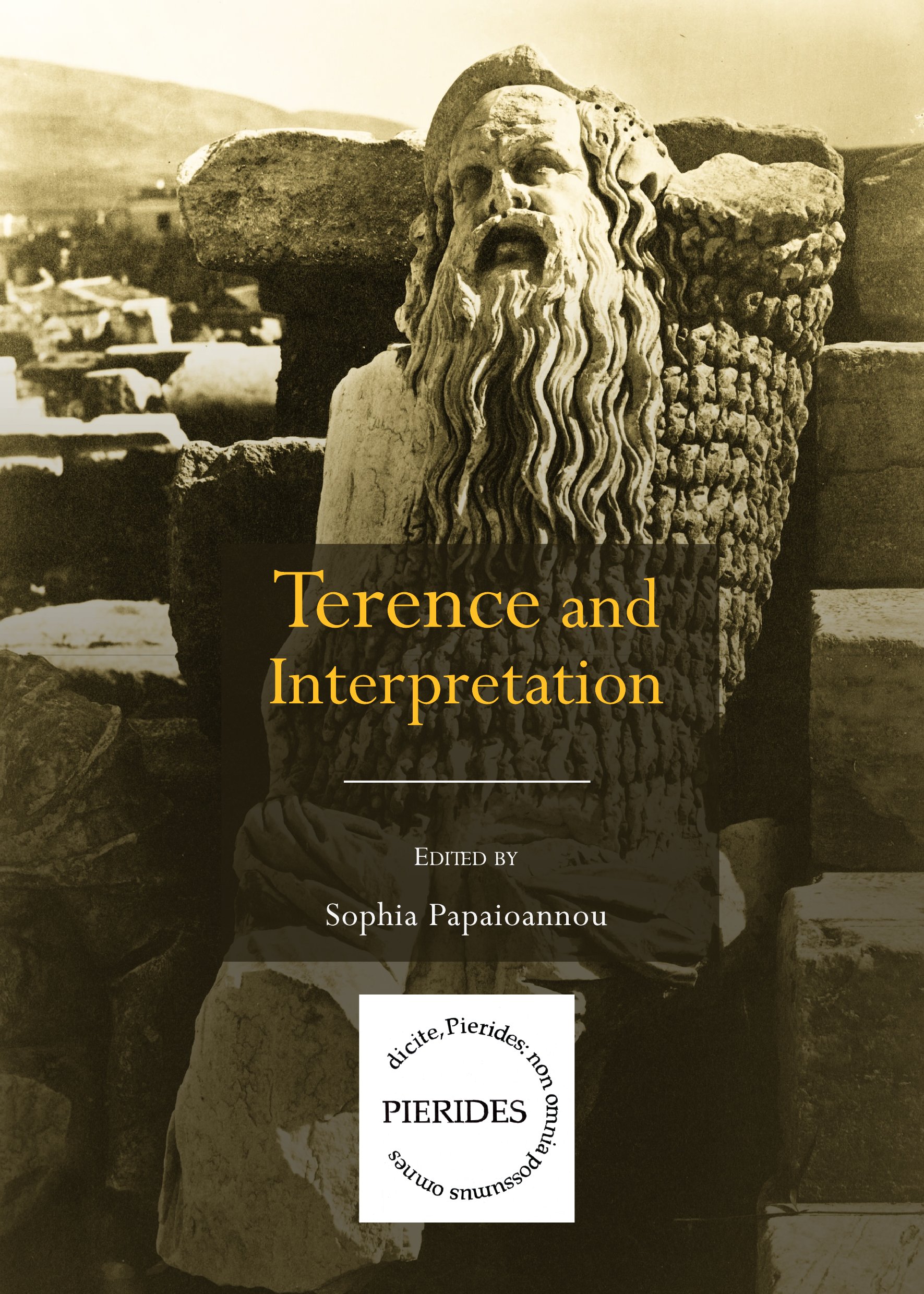 This volume examines interpretation as the original process of critical reception vis-a-vis Terence’s experimental comedies. The book, which consists of two parts, looks at Terence as both an agent and a subject of interpretation. The First Part (‘Terence as Interpreter’) examines Terence as an interpreter of earlier literary traditions, both Greek and Roman. The Second Part (‘Interpretations of Terence’) identifies and explores different expressions of the critical reception of Terence’s output.

The papers in both sections illustrate the various expressions of originality and individual creative genius that the process of interpretation entails. The volume at hand is the first study to focus not only on the interpreter, but also on the continuity and evolution of the principles of interpretation. In this way, it directs the focus from Terence’s work to the meaning of Terence’s work in relation to his predecessors (the past literary tradition), his contemporaries (his literary antagonists, but also his audience), and posterity (his critical readers across the centuries).

Sophia Papaioannou is Associate Professor of Latin Literature at the National and Kapodistrian University of Athens. She is also the author of Epic Succession and Dissension: Ovid, Metamorphoses 13.623–14.582 (2005), Redesigning Achilles: ‘Recycling’ the Epic Cycle in the ‘Little Iliad’ (2007), and Plautus, Miles Gloriosus: With an Introduction, Translation and Commentary [in Greek] (2009); and co-editor of New Perspectives on Postclassical Comedy (with Antonis K. Petrides, 2010).

"[T]here is much food for thought in this volume’s diverse set of offerings. I found many ideas to reflect upon and yet others to disagree with; either way, I learned quite a lot about Terence and interpretation. This book will most certainly be useful to specialists of Roman Comedy, […] though it is also a worthwhile read for anyone wanting to know more about Terence’s poetics and his Nachleben."

"The essays in the first half are thought-provoking and demonstrate that there is still much work that awaits to be done on Terence as a "reader" and "interpreter" of the comic traditions that preceded him. The second half of the volume will be useful for those interested in how ancient (and modern) readers approach the texts of Roman republican drama."

"This thoughtful collection explores the idea of interpretation in two senses: Terence's own 'interpretation' of his literary predecessors and posterity's 'interpretation' of Terence. The papers are grouped by approach: intertextual studies comprise the first half; reception studies, the second. The book is aimed at scholars, but passages are translated for student readers."