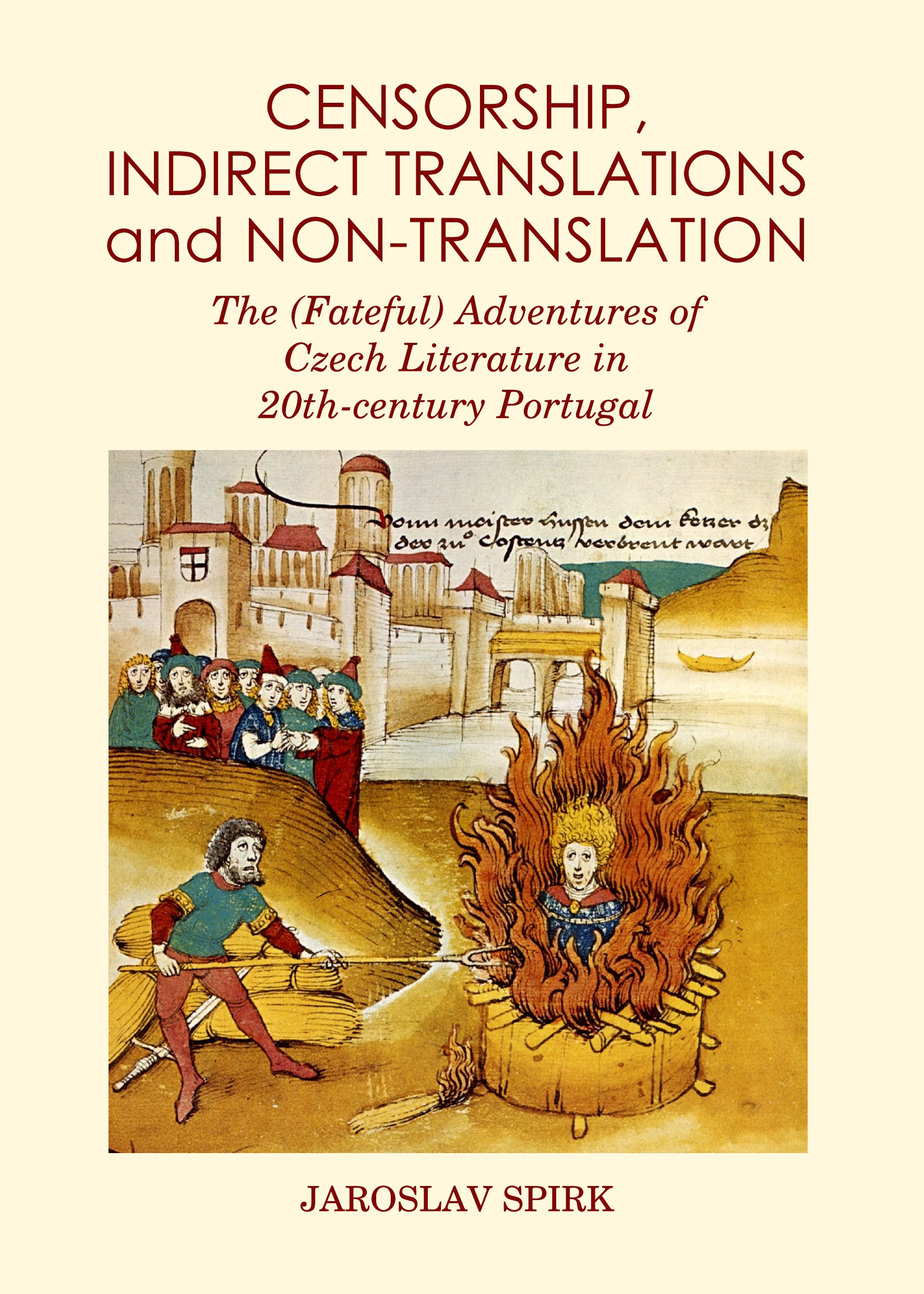 Indirect Translations and Non-Translation: The (Fateful) Adventures of Czech Literature in 20th-century Portugal, a pioneering study of the destiny of Czech and Slovak literature in 20th-century Portugal, is a gripping read for anyone seeking to look into intercultural exchanges in Europe beyond the so-called dominant or central cultures. Concentrating on relations between two medium-sized lingua- and socio-cultures via translation, this book discusses and thoroughly investigates indirect translations and the resulting phenomenon of indirect reception, the role of paratexts in evading censorship, surprising non-translation, and by extension, the impact of political ideology on the translation of literature. In drawing on the work of Jiří Levý and Anton Popovič, two outstanding Czechoslovak translation theorists, this book opens up new avenues of research, both theoretically and methodologically. As a whole, the author paints a much broader picture than might be expected. Scholars in areas as diverse as translation studies, comparative literature, reception studies, Czech literature and Portuguese culture will find inspiration in this book. By researching translation in two would-be totalitarian regimes, this monograph ultimately contributes to a better understanding of the international book exchanges in the 20th century between two non-dominant, or semi-peripheral, European cultures.

Jaroslav Špirk (b. 1980) studied translation and conference interpreting at Charles University, Prague. In his M.A. thesis, he explored the contribution of Anton Popovič to Translation Studies. His paper on the topic appeared in Target 21:1 (2009). As a doctoral student of Charles University, Jaroslav became co-affiliated with the University of Lisbon. His Ph.D. thesis focused on the reception of Czech literature in 20th-century Portugal via translation, investigating concepts such as ideology, censorship, non-translation, indirect translation, paratexts and cultural relations between two medium-sized lingua- and socio-cultures in general. Thoroughly reworked into a book, and containing new information, it is now being published by Cambridge Scholars Publishing. Since October 2011, Jaroslav has been teaching translation and interpreting at the Institute of Translation Studies at Charles University. His current research interests focus on inter-semiotic translation.

"Špirk’s groundbreaking research along with his detailed and painstaking observations on issues such as Portuguese censorship history and indirect translation has provided even more senior scholars in the field with fresh insights and information. The publication of the thesis is welcome, therefore, as it makes Špirk’s research discoveries accessible to a wider public, well beyond the confines of the Iberian-Slavonic academic community."

"This work, which at first glance may seem to be applicable only to Slavic studies, instead is enlightening for all translation scholars. The question of relationships between peripheral countries hasn't often been covered before, but there is in fact a complicated system of communication through intermediaries, thus resulting in reception of the original work being coloured by the intermediary. The analysis, well-conducted and detailed throughout, is not only interesting but also suggests points for future research which will hopefully soon bear fruit."

"The author paints a very detailed picture of both the language and the medium of exchange in a specific political situation. I believe readers will enjoy this book not only for its approach to a cultural reference point and the level of its theoretical considerations, but also for its potential to open up further studies."

"In the age of globalization, relations between non-dominant cultures offer diversity and hope. This account of those forgotten dynamics is perceptive, in-depth, and creatively theorized. Dealing with a difficult period of would-be totalitarian regimes, it tells a tale of indirect translations, censorship, surprising non-censorship, and messages that somehow got through."

"A must in order to understand the ways texts and cultures are exported to foreign language contexts. By focusing on Czech texts translated in 20th century Portugal, Špirk walks us through indirect translations, censorship, paratexts, ideologies … all solidly grounded in the theoretical and methodological work of Jiří Levý and Anton Popovič."

"The study of European intercultural contacts through translation has regularly privileged central or dominant cultures. Historical contacts between peripheries have hardly been investigated in depth. This is one of the reasons why Jaroslav Špirk’s book, focusing on the translation of Czech literature into Portuguese in the 20th century, must be regarded as a pioneering work that will certainly set up a model for future research."

"Špirk’s book is an impeccable exercise in academic accuracy. This pioneer study of the translation of Czech literature into Portuguese deals with two medium-sized literary traditions in the periphery of European culture, subjected to totalitarian censorship restrictions, often filtered, as in the key case study presented, through French. The methodological framework used to collate and analyse the corpus draws on the work of Levý and Popovič, thus vindicating a solid translatological tradition that challenges mainstream TS approaches by integrating non-translations as legitimate objects of study."

"This book is unique in the theme on which it is focused: the reception of Czech literature in 20th century Portugal, a language pair of which we scarcely hear when we discuss translation matters. It is unique also in the comparison established between the censorship operated from two dictatorships “the Czechoslovak ‘socialism-wannabe-communism’ and the Portuguese ‘fascism-turned-corporatism’” and their effect on literature. Making visible what hasn’t been translated, this analysis broadens both the horizon traditionally proposed by Translation Studies, and the scope of current analyses on the reception of Translated literature."