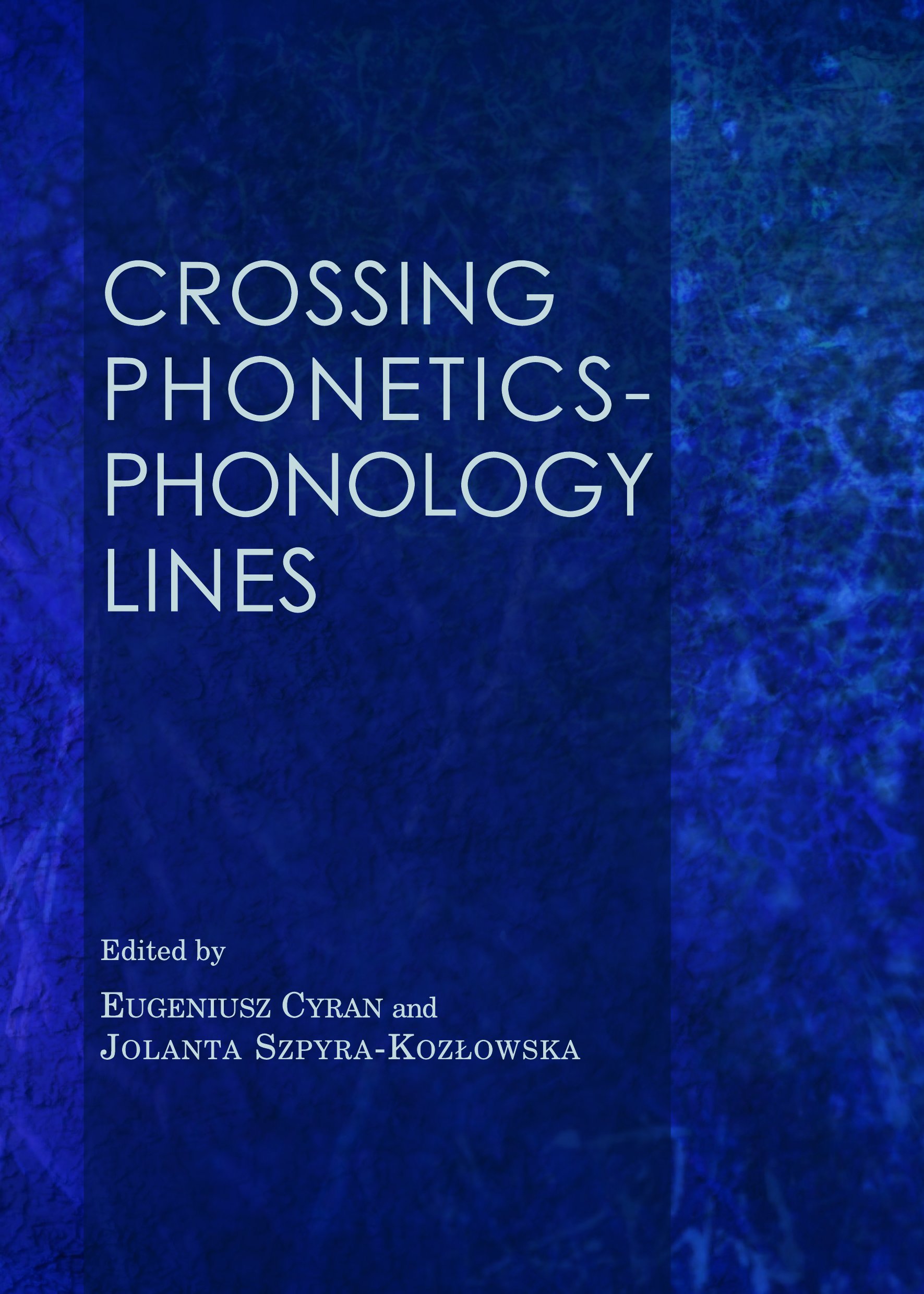 The present volume is a significant and up-to-date contribution to the debate on the relation between phonetics and phonology, provided by researchers from different countries and representing diversified theoretical positions. The authors of the papers included in this collection analyze selected phenomena situated on the border between phonetics and phonology in various languages, such as English, Italian, Welsh, Polish, German, Southern Saami, Saraiki, and many others, in order to shed more light on the nature of the sound structure of human languages. It is the juxtaposition of different theoretical approaches, including Optimality Theory, Government Phonology, and Laboratory Phonology, coupled with their application to the analysis of specific language data, that makes this book particularly valuable and different from other current publications.

Eugeniusz Cyran is Associate Professor of Linguistics and Chair of the Department of Celtic Studies in the Institute of English Studies at John Paul II Catholic University of Lublin, Poland. He has published on Irish, English and Polish phonology, morphophonology, and the phonology-phonetics interaction. His books include Resonance Elements in Phonology: A Study in Munster Irish (1997), Complexity Scales and Licensing in Phonology (2010), and Between Phonology and Phonetics: Polish Voicing (2014).

Jolanta Szpyra-Kozłowska is Associate Professor of English Linguistics and Chair of the Phonetics and Phonology Unit in the Department of English of Maria Curie-Skłodowska University, Lublin, Poland. She has published extensively – with seven books and over 100 papers – on English and Polish phonology; the phonology-morphology interaction; the acquisition of English phonetics and phonology by Poles; pronunciation pedagogy; foreign accent perception; and gender linguistics. Her books include The Phonology-Morphology Interface: Cycles, Levels and Words (1989); Three Tiers in Polish and English Phonology (1995); Wprowadzenie do współczesnej fonologii (Introduction to Contemporary Phonology, 2002); Lingwistyka płci. Ona i on w języku polskim (Gender Linguistics: Her and Him in Polish, co-authored by M. Karwatowska; 2005); and Pronunciation in EFL Instruction: A Research-Based Approach, which is currently being published by Multilingual Matters.

"“Crossing Phonetics-Phonology Lines” is a well-edited, informative and accessible compilation. The “parts” and “sections” that serve to organize the volume by approach are effective and easy-to-navigate. The chapters within these subdivisions are detailed and consistent in form from one paper to the next [...] A great strength of this edited volume lies in its ability to unite an array of approaches and theoretical frameworks under one cover. As such, it is an excellent tool for introducing and reinforcing theoretical concepts and experimental practices in both the classroom and linguistics lab setting."

"It is a rare delight to see such a diverse range of perspectives on phonetics, phonology and their relationships. In an age of ever-increasing academic specialisation, fragmentation, and construction of ‘mainstreams’, this collection shows that lively academic debate is still fruitful and flourishing."