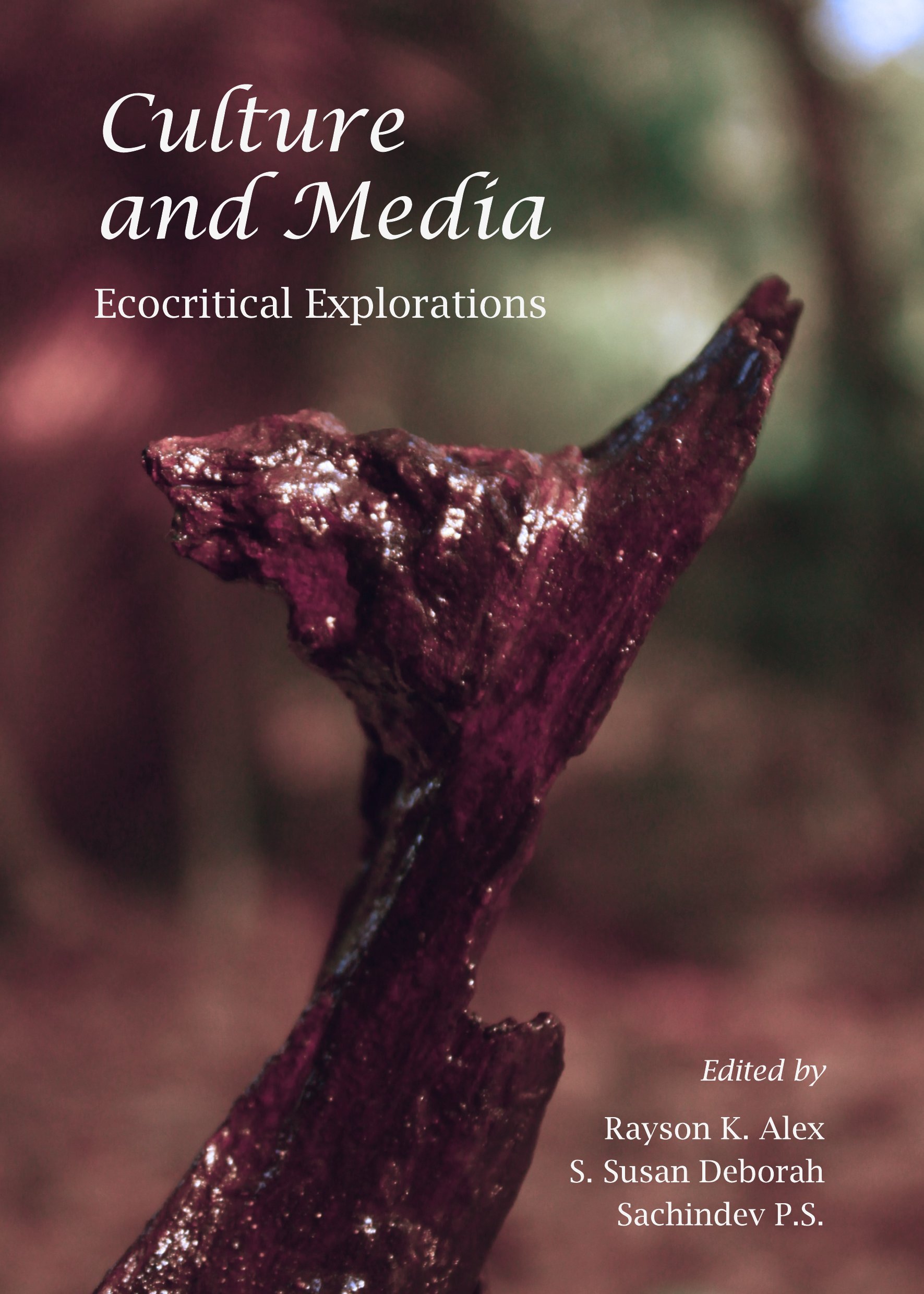 Indian ecocriticism has not yet adequately demonstrated the applicability of ecological/deep ecological/tinai principles to visual texts. Culture and Media: Ecocritical Explorations closes this gap at the most opportune moment. Though this volume accommodates ecologically oriented interpretations from several cultures across the world, it reserves the centre stage for Indian ecocriticism and ecotheory quite appropriately. The volume effectively challenges the major documents on ecocriticism and theory (published by international presses), which have been reluctant to give space to tinai criticism and theory that transcend Dravidian or Tamil boundaries. The day is not far when cinema of the world, shaped by tinai theory, will employ tinai hermeneutics to gain fresh insight, which, in turn, will feed into the processes of creation and production of relevant and great movies.

Rayson K. Alex is Assistant Professor of English at the Department of Humanities and Social Sciences at Birla Institute of Technology and Sciences Pilani, K.K. Birla Goa Campus, Goa State, India. He is one of the editors of Essays in Ecocriticism (2007), the first volume in the area of ecocriticism in India. Rayson, along with Sachin Dev and Samuel Moses, is the founding member of The Ecomedia Team, the media wing of OSLE-India. He is also the founder and co-director of the tiNai Ecofilm Festival which successfully completed its first edition in January 2014.

S. Susan Deborah is an independent researcher awaiting the defense of her PhD thesis entitled, “Ecocritical Analysis of the Oral Narratives of Aravanigal at T. Kallupatti, Madurai Dist., Tamil Nadu” for which she undertook extensive fieldwork with a transgender community in Madurai, Tamil Nadu, for four years. Susan is an avid blogger who enjoys writing on diverse topics. She blogs at www.susan-deborah.org.

Sachindev P.S. is a photographer and an ethnographic documentary filmmaker. He has produced corporate films, ethnographic films, short films and ecodocumentaries. He has completed a project with the World Oral Literature Project grant (for archiving oral literature of an indigenous tribe of Western Ghats) from CRASSH, University of Cambridge, UK. Sachin Dev, along with Rayson K. Alex and Samuel Moses is the founding member of Ecomedia, the media wing of OSLE-India.

"[T]he range of subjects given theoretical attention here, and the consolidation of ecocriticism from outside America and Britain that this book represents, make it an interesting and significant addition to postcolonial ecocriticism, and to ecocriticism as a whole."