Home / Buy A Book / Social Sciences / The Ionian Islands: Aspects of their History and Culture

The Ionian Islands: Aspects of their History and Culture 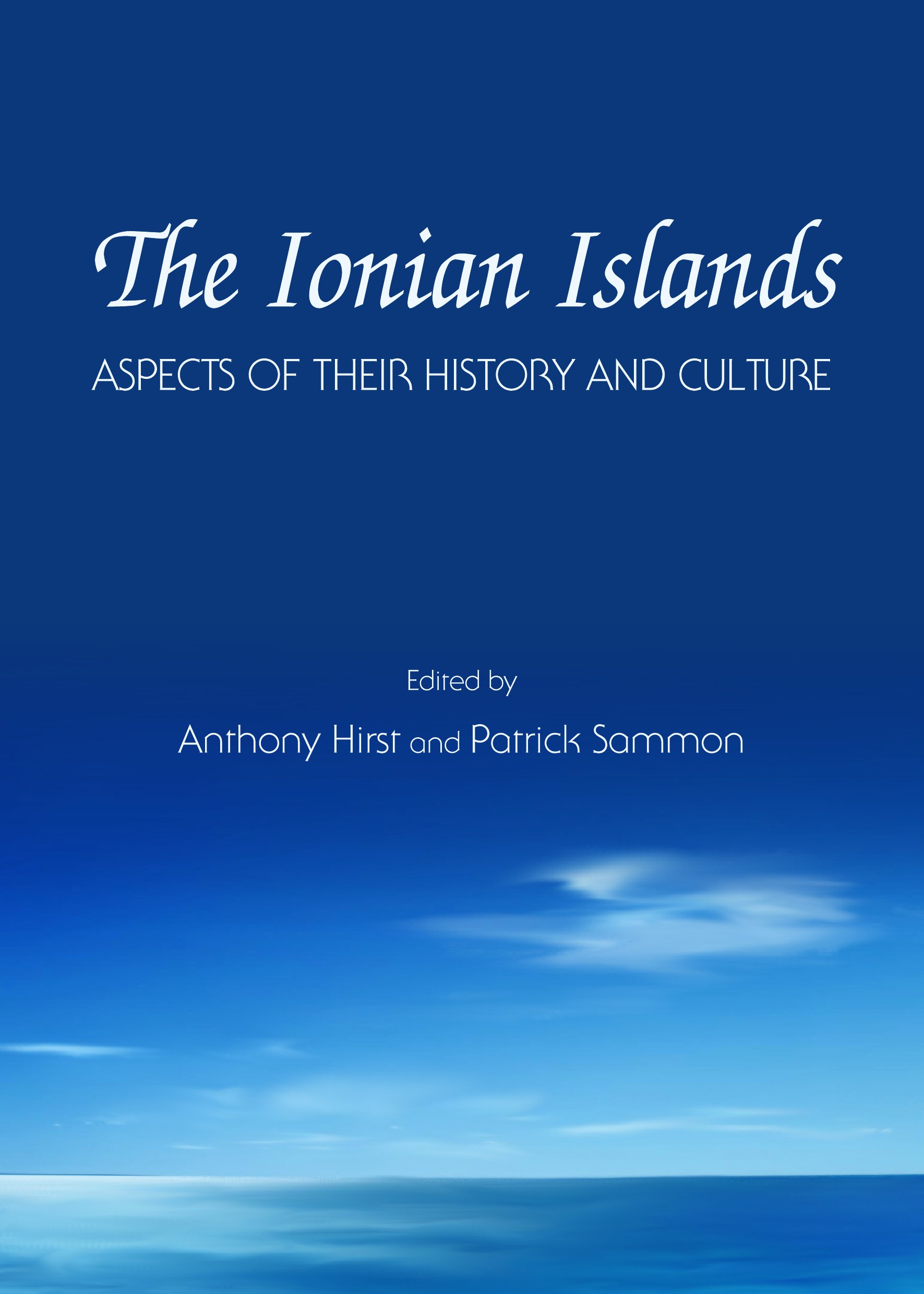 The Ionian Islands stretch south from the Adriatic, where Corfu’s Pantokrator mountain overlooks Albania across narrow straits, along the western coast of mainland Greece through Paxi, Kephalonia, Ithaca, Lefkada and Zakynthos, to Kythira, midway between Athens and Crete. Three crucial sea-battles were fought here – Sybota (the first recorded), Actium and Lepanto – an indication of the Ionians’ role as an East-West crossroads, between Western Christendom and the Orthodox and Islamic East.

Ruled by Venice in her Stato da Mar (sea-empire), the islands became an independent state, as the Septinsular Republic and then, under British Protection, as the United States of the Ionian Islands. Before the mainland Greeks had a State, the Ionian people were proud of having a university – from 1824 – in Corfu town, a World Heritage Site. The islands were united with the Kingdom of Greece in 1864 – the first addition to its territory.

This book (with over thirty illustrations) explores the history, archaeology, languages, customs and culture of the Ionian Islands. Without venturing far from the islands, readers will learn much about this distinctive part of the Mediterranean and Greek world. The chapters range from the mythology of the Bronze Age (Homer’s Scheria, where Odysseus startled Nausicaa as she bathed) to today, concentrating particularly on the British Protectorate (1815–1864). One, illustrated by contemporary maps, deals with descriptions of the islands by a fourteenth-century Venetian writing in Latin. The roles of Jews, Souliot refugees, Greek revolutionaries, rebel peasants in Cephalonia, and workers in Corfu’s port suburb of Mandouki are examined in detail. There are contributions on religion and philosophy, as well as literature, music, painting, and the folk-art of carved walking-canes.

Dr Anthony Hirst lectured in Byzantine and Modern Greek at Queen’s University Belfast, before retiring in 2009. His God and the Poetic Ego is a study of the use and abuse of biblical and liturgical texts in the work of three modern Greek poets. His other publications include translations of Modern Greek poetry and prose, as well as many articles, especially on the Alexandrian Greek poet C. P. Cavafy. He has directed and organised the Byzantine Greek Summer School since 2006, in Belfast and then Birmingham; and from 2010 to 2013 he was Manager and Academic Director of the Durrell School of Corfu.

Patrick Sammon, an independent scholar from Dublin, started Greek in Joyce’s alma mater (Belvedere College, SJ), and was a Foundation Scholar in Classics in Wilde’s (Trinity College). His 35 years in the Irish diplomatic service included postings in Bonn, Paris, Athens (twice), Vienna, New York and Tokyo. He has taught at the Byzantine Greek Summer School since 2010. His Greenspeak: Ireland in her own Words (2002) is a dictionary of Irish English.