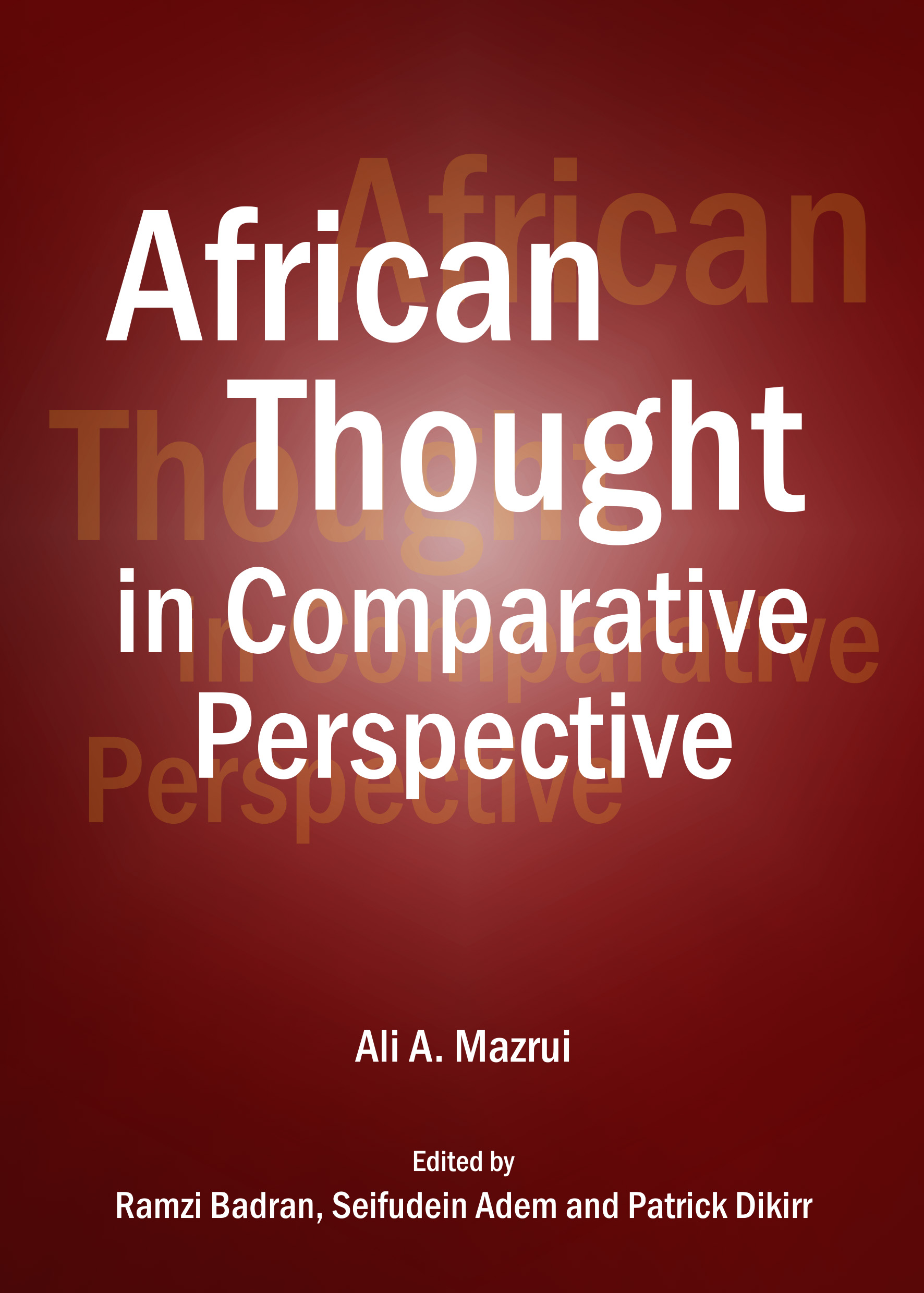 African Thought in Comparative Perspective showcases how adept Ali Mazrui, the most prolific writer on Africa today, is at using complex conceptual apparatuses to categorize and synthesize Africa’s political and social thought. This book, thus, offers an original interpretation of the knowledge that has been accumulated over the years, and which is of timeless relevance. It covers such themes as the legacy of the African liberation movements, the convergence and divergence of African, Islamic and Western thought, nationalist ideologies in Africa, the role of religion in African politics, and the impact of Ancient Greek philosophy on contemporary Africa.

Ali A. Mazrui is Albert Schweitzer Professor in the Humanities and Director of the Institute of Global Cultural Studies at Binghamton University, USA. He is also Albert Luthuli Professor-at-Large at the University of Jos, Nigeria, and Andrew D. White Professor-at-Large Emeritus and Senior Scholar in Africana Studies at Cornell University. He formerly served as Chancellor of the Jomo Kenyatta University of Agriculture and Technology, Nairobi, Kenya – an appointment made by Kenya’s Head of State. He has also served as Special Advisor to the World Bank, as President of the Association of Muslim Social Scientists of North America (2007–2011) and in many other distinguished positions. He has published more than thirty books and several hundred journal articles.

Ramzi Badran is Postdoctoral Fellow at the Institute of Global Cultural Studies. He received his PhD in Political Science from Binghamton University, USA. Dr Badran is a former Fulbright scholar in Peace Studies and Conflict Resolution, and has taught and co-taught at Johns Hopkins University, Binghamton University and Cornell University. His current research explores modernization processes in the least developed countries as well as the effect of international agreements on state behavior.

Seifudein Adem is Associate Research Professor of Political Science and Associate Director of the Institute of Global Cultural Studies at Binghamton University, USA. Dr Adem has taught at Addis Ababa University, Ethiopia, and the University of Tsukuba, Japan. He was also President of the New York African Studies Association from 2010 to 2011. His publications include Paradigm Lost, Paradigm Regained: The Worldview of Ali A. Mazrui.

Patrick Dikirr is Senior Lecturer and Director of the Centre for Science and Technology Studies at the Technical University of Kenya. He received his PhD degree in Philosophy, Culture and Interpretation from Binghamton University, USA, in 2005. His published work includes Africa’s Islamic Experience: History, Culture and Politics (2009, co-editor) and Globalization and Civilization: Are They Forces in Conflict? (2008, co-editor). His current research addresses the science and politics of climate change, environmental Pan-Africanism, globalization, democratization and normative features of the global order.

“In this collection of 26 of his most important essays, Ali Mazrui probes critical issues in postcolonial Africa. He deftly segues from development to identity, the black diaspora, religion, racism, intermarriage, sexual tolerance and intolerance, and more. The unifying themes in this volume are political ideas and culture.

“Composed with flair and imagination, these reflections on Global Africa dig beneath surface impressions to show interconnections among cultures and to cut against received wisdom about the continent. Mazrui’s remarkable range takes in the broad sweep of his personal experience, a deep knowledge of Western and Eastern literature, and documentary research to sustain provocative arguments. Readers will find that this book provides intellectual gems.”
—James H. Mittelman, Professor of International Affairs, American University