Home / Buy A Book / Social Sciences / The Quest for Streetcar Unionism in the Carolina Piedmont, 1919-1922

The Quest for Streetcar Unionism in the Carolina Piedmont, 1919-1922 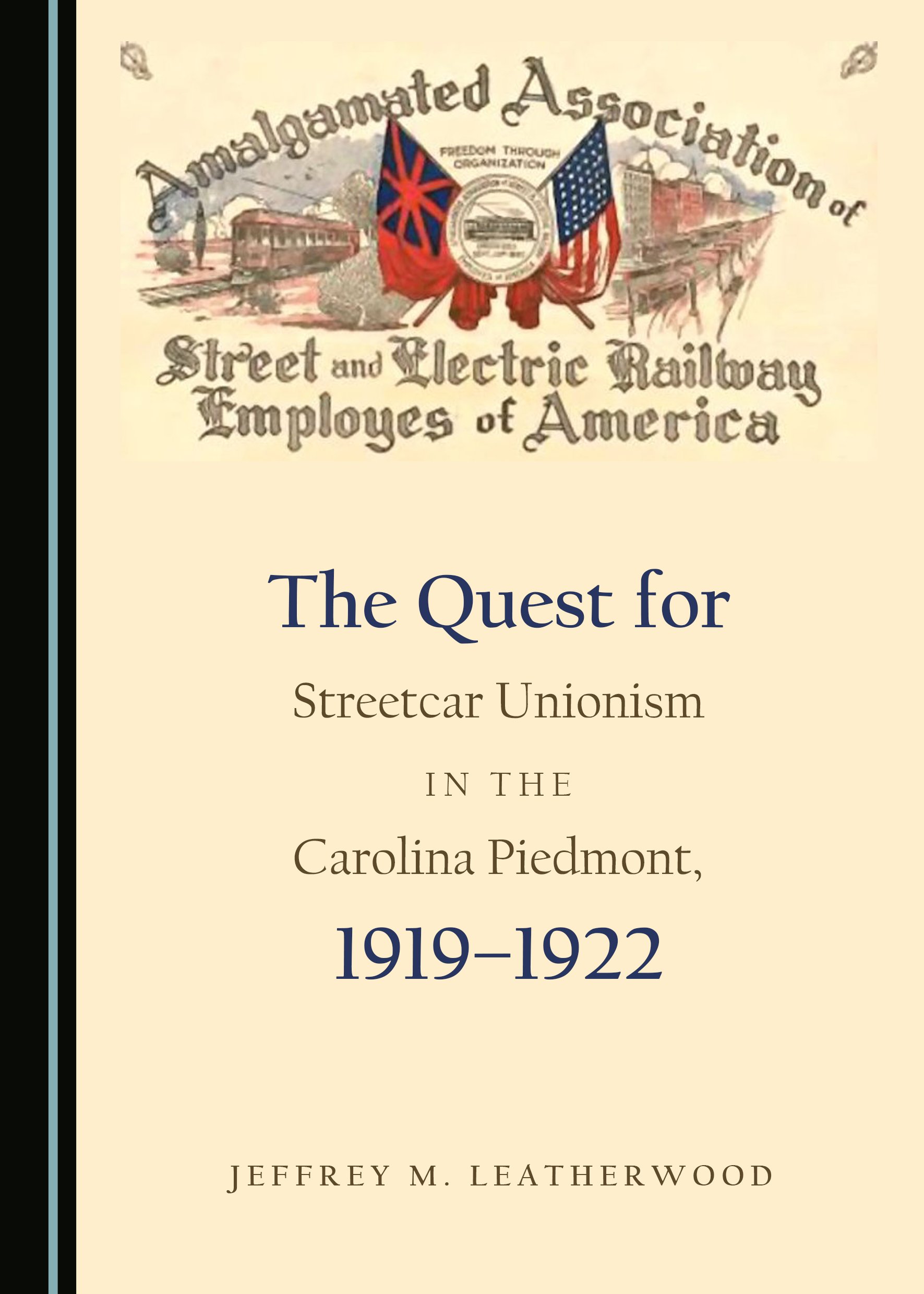 Ever since the courtroom doors closed in 1919, the tragic Charlotte Streetcar Strike has haunted the collective memory of the Carolina Piedmont region. During a season of labor unrest, it briefly made national headlines. Five men were killed and at least twelve others were wounded by gunfire during a demonstration against Southern Public Utilities, a subsidiary of James B. Duke’s Southern Power. For many who lived afterward in North Carolina’s “Queen City,” the strike and riot were events better left forgotten, while, for later generations, the “Battle of the Barn” has become an item of curiosity.

As the centennial approaches, this book represents the result of over ten years’ worth of primary research about the Charlotte Streetcar Strike, a story that rightfully belongs to a larger narrative about the AFL’s campaign to organize transportation workers among the textile mill towns of North and South Carolina. Prior to the 1919 Charlotte Strike, the national streetcar union had overcome fierce anti-labor sentiment, from South Carolina’s state capital of Columbia to the Upcountry citadel of Spartanburg. To AFL organizers, Charlotte represented the last link in the Piedmont chain.

Dr Jeffrey M. Leatherwood is a native of North Carolina and a veteran of the US Army. After switching from a journalism career in 2003, he became a professional historian and began researching what would eventually become his first two books, Nine from Aberdeen and The Quest for Streetcar Unionism in the Carolina Piedmont, 1919–1922. Leatherwood is a 2009 doctoral graduate from West Virginia University with major fields in modern US and world history. For four years, he taught Humanities for his alma mater before making the transition to the American Military University, where he currently holds the rank of Associate Professor. More recently, Dr Leatherwood has taught US military history for the University of South Carolina at Columbia, USA.

"The New South is still full of surprises. Who would have guessed that the humble streetcar had such tales to tell! Leatherwood’s account is nuanced, rigorously researched, and engagingly written. It is an important contribution to our understanding of economic development, southern labor history, and the paradoxes peculiar to the New South."