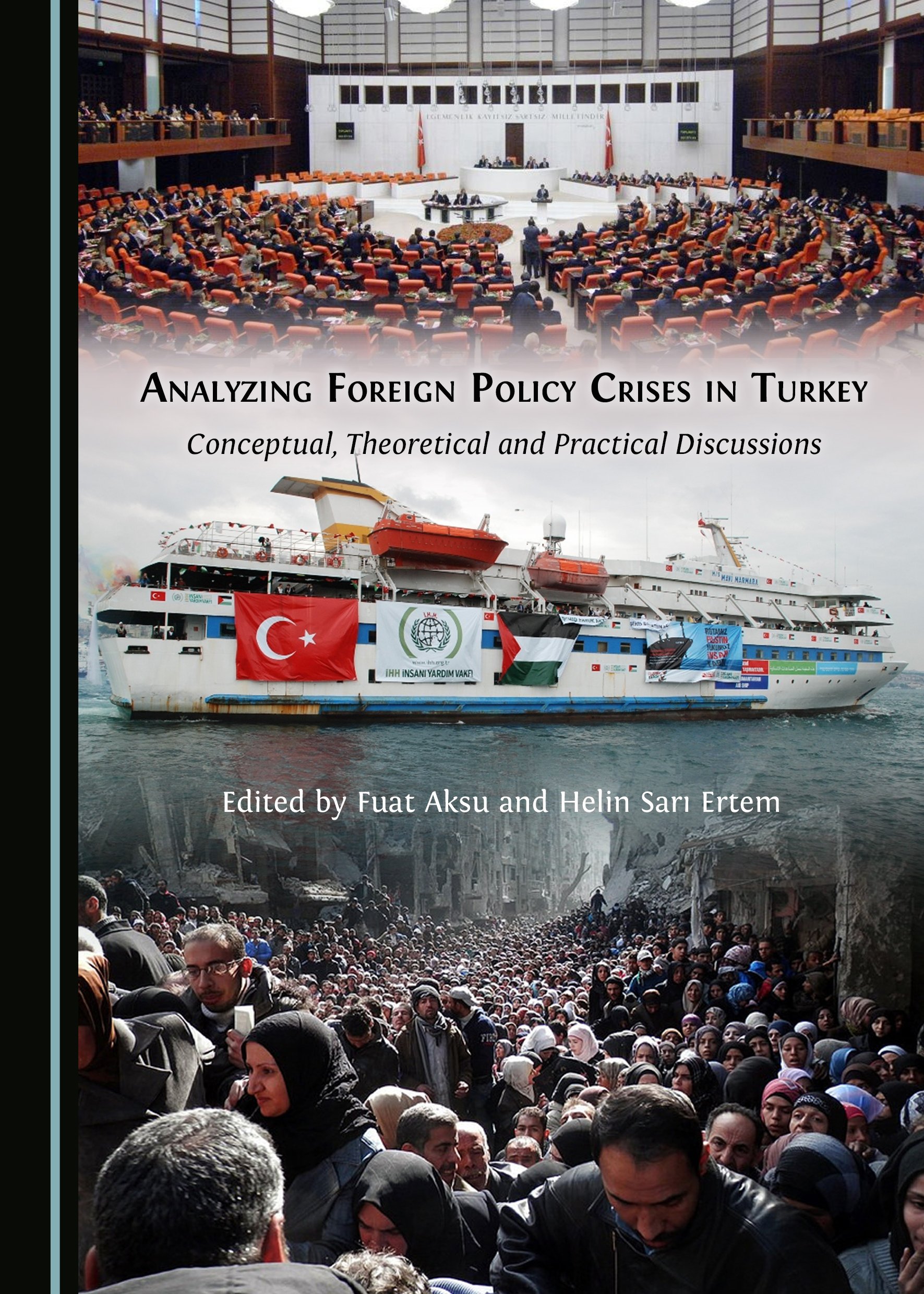 This collection explores foreign policy crises and the way the states/leaders deal with them. Being at the juncture of a highly sensitive political zone, consisting of the Middle East, Europe and Central Asia, the Republic of Turkey has been the subject of various foreign policy crises since its foundation. These political, military, economic or humanitarian crises were triggered either by the states themselves or by the NGOs and armed non-state actors.

Helin Sarı Ertem is an Assistant Professor of International Relations at Istanbul Medeniyet University, Turkey. As a British Council Scholar, she received her MA in 1999 from the Department of Journalism at City University of London, UK. After that, between 1999 and 2003, she worked as a journalist. In 2010, she received her PhD on international relations from Marmara University, Turkey. Her academic interests are Turkish and American foreign policies, Turkish-US relations, Syria Crisis, Northern Iraq and the Kurdish Problem. She has written a number of articles and book chapters and is the co-editor of two books, GCC – Turkey Relations: Dawn of a New Era (2015) and Turkish Foreign Policy in the 2000s: Opportunities, Risks and Crises (printed in Turkish 2015).

“Foreign policy crises can be critical turning points in a nation’s history with consequences both nationally and internationally. The contributors to this volume dramatically analyse the how Turkey has addressed such critical occasions in the modern era. They add understanding both to Turkey in world affairs and to our general knowledge of crises as powerful forces of history.”
Professor Charles F. Hermann
Brent Scowcroft Chair of International Policy Studies
Bush School of Government and Public Service
Texas A&M University, USA

“This volume brings together an outstanding team of scholars to produce the definitive treatment of Turkish foreign policy crises. The theorizing is rigorous and the findings are quite important in substantive terms. This excellent and compelling volume will be of interest to scholars who focus on Turkey and also those with more general interests in foreign policy analysis and international relations.”
Professor Patrick James
School of International Relations
Director, Center for International Studies
University of Southern California, USA

“The most important, but also difficult, task in social sciences, and naturally in international relations discipline, is to create some connections between theory and practice, between conceptualising and analysing facts. In this book, various foreign policy experts examine Turkish foreign policy crises and their management strategies in the Republican Era. I think this book is the first academic study on this aspect of the Turkish foreign policy. I would like to congratulate the editors Fuat Aksu and Helin Sarı Ertem and the contributors for their excellent analyses.”
Professor Faruk Sönmezoğlu
Department of Political Science and International Relations
Istanbul University, Turkey

“This is a very timely and authoritative collection of essays, written by a well-integrated group of seasoned and upcoming academics. Through theoretical conceptualization of the topic and in-depth analyses of several recent and past crises in Turkish foreign policy, the authors shed light on a rather less studied aspect of Turkey and are able, at the same time, to contribute to crisis management literature. The collection, with its well thought out, tightly argued and expertly presented essays, is a refreshing welcome the area of Turkish studies.”
Professor Mustafa Aydın
Department of International Relations
Kadir Has University, Turkey

“The unprecedented number of international crises Turkey has found itself grappling with over the past decade make this an opportune time for a fresh evaluation on how the republic conducts itself in these contexts. Analyzing Foreign Policy Crises in Turkey offers the most comprehensive review on the subject to date, providing an authoritative reference point and framework to understanding the many facets of Turkey’s foreign policy in times of crises.”
Suliman Al-Atiqi,
Committee Chairman
Oxford Gulf & Arabian Peninsula Studies Forum
Managing Editor,
Journal of Gulf Affairs