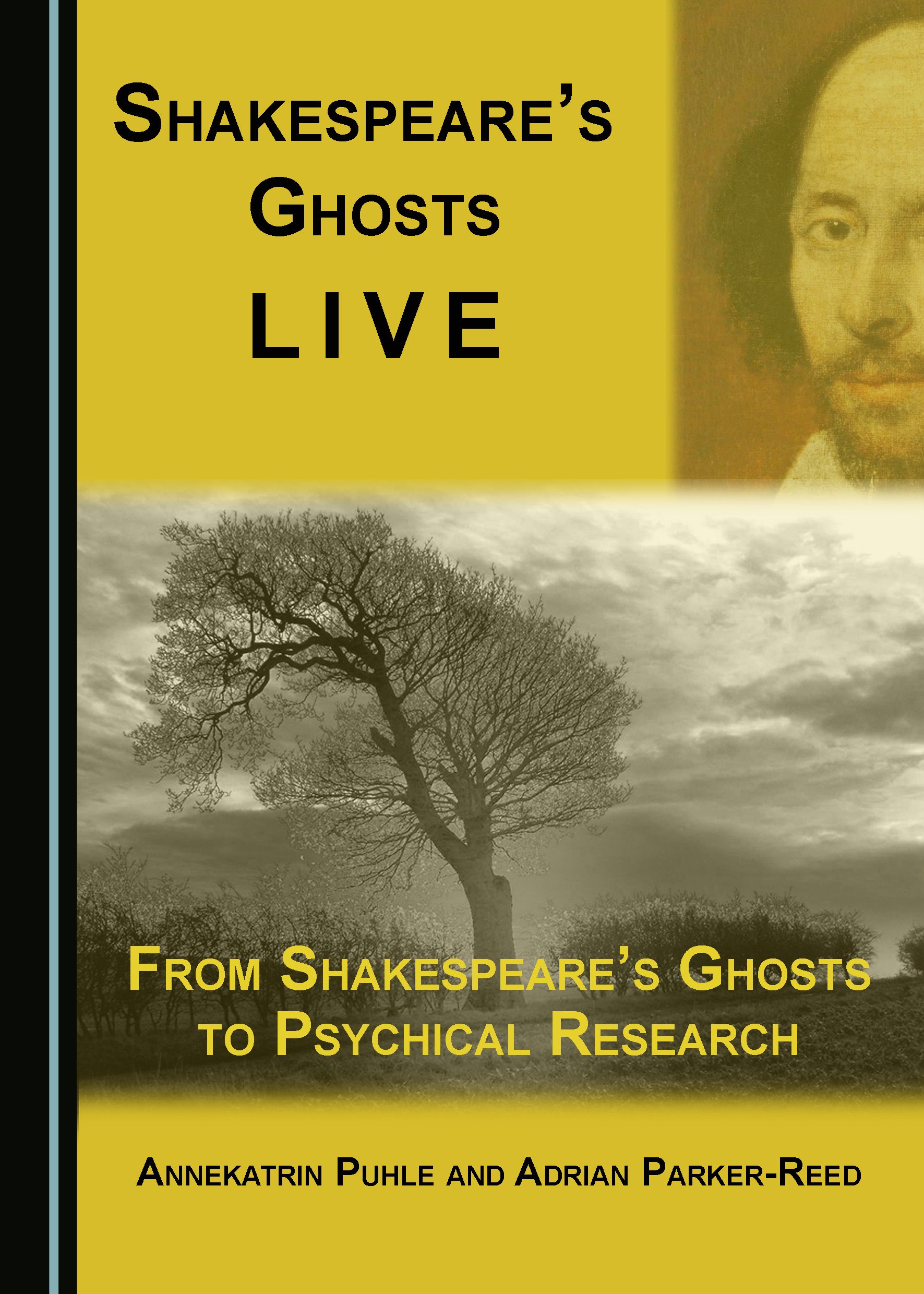 Shakespeare has been one of the most-cited authors since his plays were performed, and yet little attention has been paid to his views on psychic phenomena. It took another 300 years of paranormal experiences before scholars at Cambridge University helped to found the Society for Psychical Research, which brought scientific scrutiny to the area, and the UK is now a world leader in university research on this topic.

This book throws new light on many historical case reports from Shakespeare’s time onwards. It identifies the core experiences that transcend time and give clues to an understanding of psychic phenomena. The book highlights Shakespeare’s insights, showing how these relate to, and even amplify, the conclusions of later and on-going research. In our time of disconnectedness from nature, the book discusses neglected human experiences which represent an important part of life and which do, in fact, occur to most of us. In doing so, the book raises awareness against the emptiness of a zombie-like existence in today’s society and offers a new approach to life and death, and their deeper meaning.

Annekatrin Puhle holds a PhD in Philosophy from the Free University Berlin with the subsidiary subjects Comparative Indo-European Languages and Cultural Anthropology. She is also a Health Consultant and is educated in various areas of natural medicine. As a researcher, she is specialised in current psychical research, including lucid dreaming, and cultural history. She has authored a number of books and journal articles, and has participated in both radio and television programmes. Her publications include Light Changes. Experiences in the Presence of Transforming Light (2013).

Adrian Parker-Reed was awarded the first Psychology doctorate with a thesis on parapsychology from the University of Edinburgh. During the tenure of the Perrott-Warrick Studentship in Psychical Research at Trinity College, Cambridge University, he co-founded a technique known as the Ganzfeld for reproducing these experiences in the laboratory. Adrian is also a licenced clinical psychologist, having qualified from the Tavistock Clinic. He is Professor in Psychology at Gothenburg University, where his interests in psychic phenomena, hypnosis and dream states are supported. He is the author of the book States of Mind: ESP and Altered States of Consciousness.

"Gradually, but surely, modern neuroscience is transitioning to a perspective that includes consciousness as a fundamental element in our worldview and not an incidental by-product of the brain. Along with this shift is a new appreciation of the complexity of the psyche, and the realization that many of our forebears understood aspects of consciousness that we unfortunately have shunned. Dr Annekatrin Puhle and Dr Adrian Parker-Reed have combed Shakespeareana and modern consciousness research for evidence of the richness of the psyche in the form of ghosts, spirits, and psychical phenomena. They show that these happenings remain an essential part of who we are, and are manifestations of healthy human function. This wonderfully illustrated, eloquent book is a reclamation project for the human psyche, an effort to take back what we have forfeited in our modern era. After reading Shakespeare’s Ghosts Live, you will never think of Shakespeare, ghosts, or yourself in the same way."

Larry Dossey, MD Author, One Mind: How Our Individual Mind Is Part of a Greater Consciousness and Why It Matters

"Talking about psychic phenomena in academia is still not regarded as politically ‘correct’, say the authors of this meticulously researched and engagingly written study of a long neglected area of Shakespeare’s vast survey of the totality of the human condition. This attitude, they add, amounts to ‘wilful disregard of current interest in exploring altered states of consciousness’. It has led to attempts to replace the term ‘parapsychology’ by ‘anomalistic psychology’, implying this to be no more than a ‘deviant belief’. It is an attitude with which Shakespeare would not have agreed. To him, dialogues with a deceased parent or a trio of precognitive witches are just two well-known examples of many cited here which he accepts as anything but deviant—especially when they convey accurate information. We are constantly reminded that, in the words of one of Shakespeare’s most often quoted observations, there are indeed more things in heaven and earth than are dreamt of in Horatio’s philosophy, or indeed in much of contemporary academia."

Guy Lyon Playfair Author, If This Be Magic and Twin Telepathy

"Dr Puhle and Dr Parker have joined forces to produce a fascinating and deceptively important book. Woven around Shakespeare’s surprisingly numerous and judgement-free references to apparitions and things supernatural is a thought-provoking and intellectually honest foray into the history of modern day psychic research, with an emphasis on apparitions. It further notes where we are now in the investigation of such matters, and goes on to dip briefly into the deep waters regarding the nature of consciousness. Along the way there are some well-aimed sideswipes at aspects of the ‘zombification’ of today’s culture, especially in the mainstream neuro-scientific reductionist approach to consciousness. This is a well-written work to savour, with Shakespeare’s ghosts all the time haunting its pages."

Paul Devereux Editor, Time and Mind – The Journal of Archaeology, Consciousness and Culture

"The ‘mission’ of the book is to access the literature mainly, but not exclusively, of William Shakespeare; to provide details of numerous individuals’ personal putatively paranormal experiences; and to apply scientific scrutiny to these areas of research. [...] The language used is comfortable for both an academic and non-academic reader. [...] Puhle and Parker-Reed’s remit is ... certainly broad and they present researches from numerous other fields of study. It is distinctive in bringing together both historical and modern research of apparitions and related subjects with more than a nod in Shakespeare’s direction."

Melvyn Willin Journal of the Society for Psychical Research, 81:3 (2017)