Digging the Seam: Popular Cultures of the 1984/5 Miners’ Strike 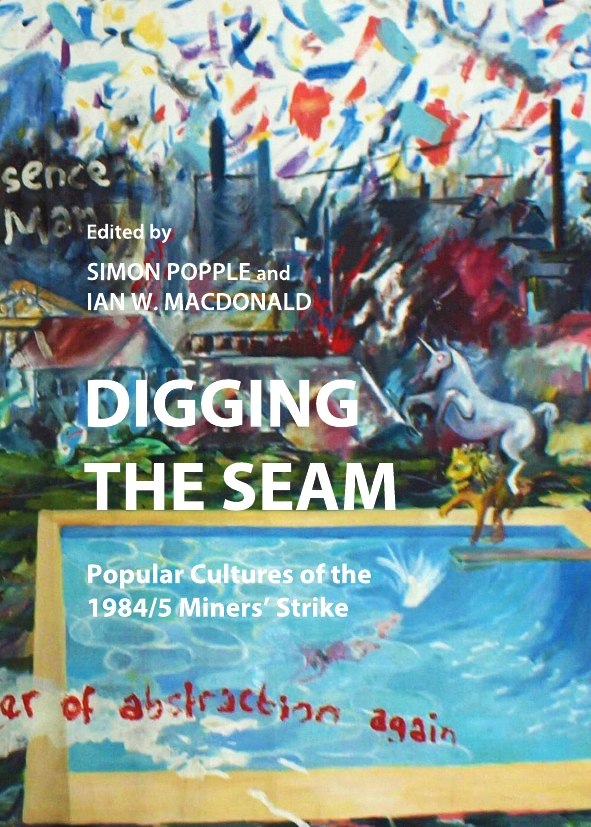 The 1984–5 Miners’ Strike was one of the most important political events in British history. It was a bitter dispute that polarised public opinion, divided nation and families alike, and the results in terms of the destruction of centuries of industrial and cultural tradition are still keenly felt.

The social and political consequences of this dispute, which have resonated for the past quarter century, have been subject to detailed analysis and reflection. The consequences for the arts and popular culture are less clearly mapped. This book attempts to begin to redress this imbalance and signal the importance of popular cultural activity both during and after the strike.

The essays that appear in this book represent diverse and multidisciplinary responses to the questions raised by the strike and its relationships to a broad range of cultural forms which include literature, film, photography, music, theatre, television drama and documentary, painting, public art and heritage interventions.

These responses are organised around four themes that map the interrelatedness between cultural representation, cultural intervention and historical memory. The first deals with the idea of mining culture and pre-strike representations in popular sentiment, film and literature. The second examines the role cultural forms played directly in the context of the strike, as a means of political commentary, activism and fund raising. The third looks at subsequent cultural renderings or reconstructions of the strike and the final section looks at the current process of memorialisation and commemoration.

The book draws together a range of voices from academia, heritage, cultural and mining backgrounds, and offers both a historical perspective on the range of cultural activities in the course of the dispute and subsequent readings and re-readings. It aims both to provide a record of cultural intervention and stimulate new dialogues and perspectives.

Simon Popple is Senior Lecturer in Cinema and Director of Impact and Innovation at the Institute of Communications Studies, University of Leeds. He has had a long interest in the use of archival sources as historical memory and the role of popular culture in documenting, responding to and interpreting history. He is founder and editor of the journal Early Popular Visual Culture and has written on film and photographic history, archives and cinema.

Since 1991, Dr Ian W. Macdonald has worked for the North East Media Training Centre in Gateshead, and then as Head of the Northern Film School (1992–2001) and Reader in Media Practice and Head of Research at the School of Film, Television and Performing Arts, Leeds Metropolitan University. From 2006–2011, he was Research Director (later Director) of the Louis Le Prince Centre for Cinema, Photography and Television at the Institute of Communication Studies, University of Leeds. He specialises in teaching screen fiction at ICS.