Dionysius the Areopagite between Orthodoxy and Heresy 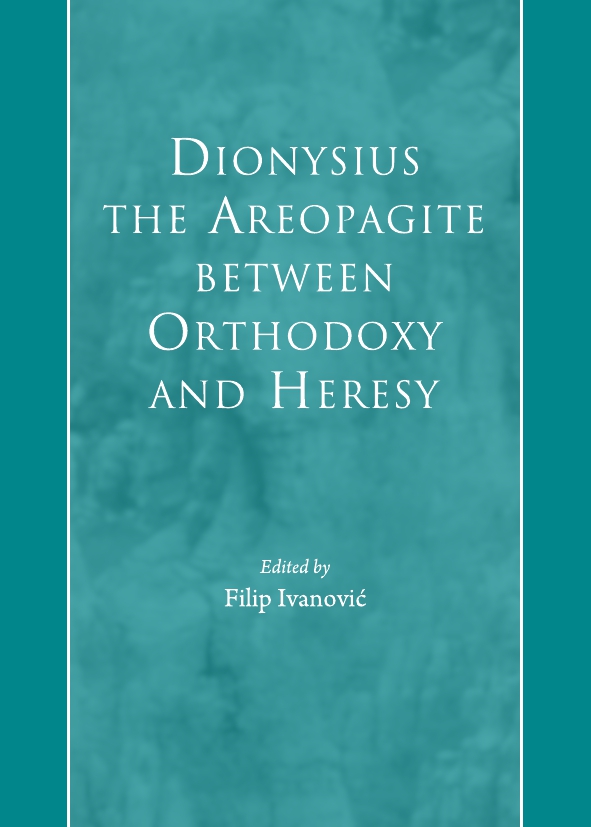 Dionysius the Areopagite between Orthodoxy and Heresy aims to explore the thought of one of the most controversial characters of Christian history, Dionysius the Areopagite, and put it in a correct context, between pagan (namely Neoplatonic) philosophy on the one side, and Christian theology, on the other. In significant part, the book examines Dionysius’ Neoplatonic sources, but it also offers insights into the original points of his philosophy and theology, thus showing how he managed to achieve a masterful integration of pagan thought and newly revealed faith.

The chapters of the book, taken together, try to offer a broad insight into the Areopagite’s thought, through examining not just his intellectual background and milieu, but also some of the crucial features of his work, such as notions of hierarchy, deification, apophatic and cataphatic theologies, icon, and others. This work is of a multidisciplinary character, since Dionysius’ thought has been studied from different points of view, so the contributions range from philosophy and theology to history and art history.

Dionysius the Areopagite between Orthodoxy and Heresy is intended for both specialists and non-specialists. Apart from being a collection of specific studies, it can also serve as an introduction to the Areopagite’s thought, and will be useful to all those interested in late antique and early Christian philosophy and theology, patristics, and cultural studies in general.

Filip Ivanovic is a Research Fellow at the Department of Archaeology and Religious Studies of the Norwegian University of Science and Technology in Trondheim. He is the author of Symbol and Icon: Dionysius the Areopagite and the Iconoclastic Crisis (Eugene: Pickwick, 2010), and Problematika autokefalije Mitropolije Crnogorsko-primorske (Podgorica: Unireks-Svetigora, 2006), as well as of many articles and papers on Greek and Byzantine philosophy, patristics, and Church history.

“‘In Dionysius the Areopagite Between Orthodoxy and Heresy’, fillip Ivanovic has assembled a collection of eight essays by an international cast of scholars who are fully cognisant with the reception of Pseudo-Dionysius, but who have also immersed themselves in the writings of the philosopher himself. They offer a multifaceted picture of a writer with a substantial legacy in Christian thought, in both Eastern and Western traditions of the Church.”
- Jonathan C. P. Birch, The International Journal of the Platonic Tradition, 7 (2013), 237-240