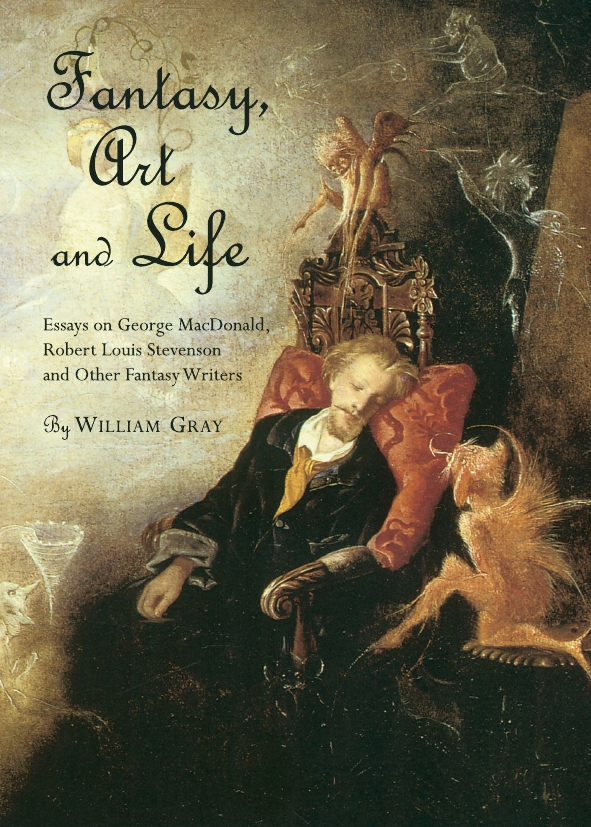 In part a sequel to his earlier Death and Fantasy, William Gray’s Fantasy, Art and Life: Essays on George MacDonald, Robert Louis Stevenson and Other Fantasy Writers examines the ways in which “Life” in its various senses is affirmed, explored and enhanced through the work of the creative imagination, especially in fantasy literature. The discussion includes a range of fantasy writers, but focuses chiefly on two writers of the Victorian period, George MacDonald and Robert Louis Stevenson, whose Scottish (and particularly Calvinist) backgrounds deeply affected their engagement with what MacDonald called “The Fantastic Imagination.”

William Gray is Professor of Literary History and Hermeneutics, and Director of the Sussex Centre for Folklore, Fairy Tales and Fantasy, at the University of Chichester, UK. He studied literature, philosophy and theology at the Universities of Oxford, Edinburgh and Princeton. His publications include C.S. Lewis (Northcote, 1998), Robert Louis Stevenson: A Literary Life (Palgrave, 2004), Fantasy, Myth and the Measure of Truth: Tales of Pullman, Lewis, Tolkien, MacDonald and Hoffmann (Palgrave, 2008) and Death and Fantasy: Essays on Philip Pullman, C.S. Lewis, George MacDonald and R.L. Stevenson (Cambridge Scholars Publishing, 2008).

“This impressive book is in part a companion-piece to the author’s earlier Death and Fantasy, after finishing which he felt ‘almost a compulsion to produce a sequel.’ Originally a series of separately-published essays, lectures and book-reviews, the various chapters of the book together consider how far fantasy can draw us back towards life rather than away from it. Gray takes as his main authors the Victorian Scottish writers of fantasy George MacDonald and Robert Louis Stevenson, while referring also to C.S. Lewis, Philip Pullman and Neil Gaiman. MacDonald’s belief in the power of fantasy to heal the spirit, his unsentimental ideal of the childlike in life and literature, and his continuing sense of the need to relate the experience of fantasy to the real world, are traced in such works as his Adela Cathcart, ‘The Golden Key’ and Lilith; while Stevenson’s The Wrecker, Dr Jekyll and Mr Hyde and his more macabre short stories serve to explore the mixture of romanticism and realism in his work, and his strong sense of the immediate reality of evil. Throughout, Gray’s knowledge of philosophy, theology and literary theory deepen and contextualise his arguments. This is a book to savour and reread, by the author of several noted recent studies of fantasy literature.”
—Colin Manlove, Formerly Reader at Edinburgh University; Author of Modern Fantasy (1975), The Impulse of Fantasy Literature (1982), Christian Fantasy (1992), Scottish Fantasy Literature (1999) and Alice to Harry Potter: Children’s Fantasy in England (2003)