The Invention of Illusions: International Perspectives on Paul Auster 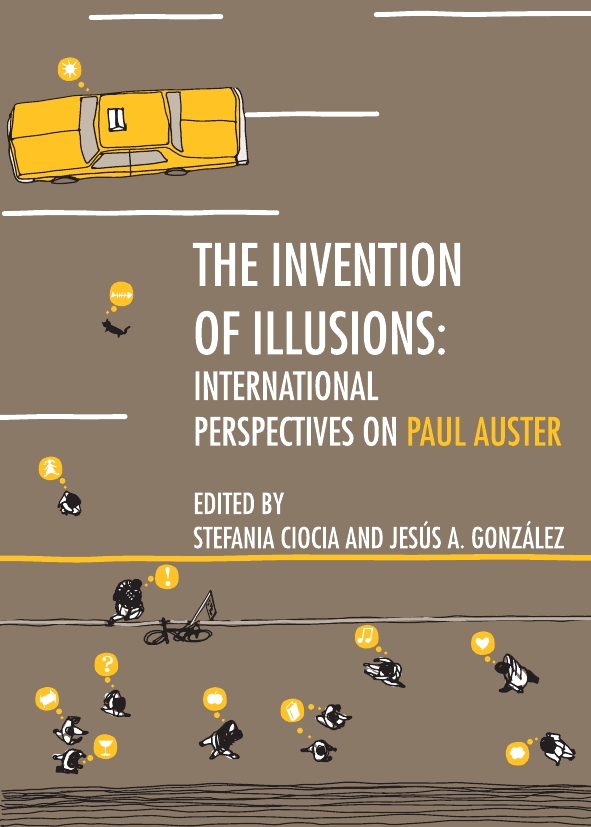 The Invention of Illusions: International Perspectives on Paul Auster is a collection of essays on Auster’s recent novels and films. Following the example of Beyond the Red Notebook (1995), STEFANIA CIOCIA and JESÚS A. GONZÁLEZ have assembled an international group of scholars to provide a rich and insightful examination of Auster’s twenty-first-century output and draw connections between the author’s early and later production.

This volume invites us to take another look at Auster as an inventor of illusions in the most positive sense of the word: not as short-lived, deceitful gimmickry, but rather as an imaginative testing of possibilities, a wilful establishment of real bonds between people, even when these bonds are rooted in the world of storytelling.

The Invention of Illusions: International Perspectives on Paul Auster will be of interest to students and scholars of contemporary literature as well as the general reader willing to learn more about Paul Auster’s world.

Stefania Ciocia is Senior Lecturer in Contemporary Literatures in English at Canterbury Christ Church University (UK). Her main research interests lie broadly in the areas of postmodernism and postcolonialism. She has published on, amongst others, Sarah Waters, Derek Walcott, Tim O’Brien and, more recently, crossover fiction.

Jesús A. González is Professor of English at the University of Cantabria (Spain). He has published La narrativa popular de Dashiell Hammett: Pulps, Cine y Cómics (Valencia University Press, 2002) as well as a number of articles on the detective novel and the West in American Literature.

“The twelve essays in The Invention of Illusions provide a rich means for understanding Paul Auster’s twenty-first century fictions. In doing so, these readings of novels, films, and other projects also add to our appreciation for the earlier works by this profound and complex author. After reading The Invention of Illusions a reader will return to Auster’s work illumined, enthused to apply new insight to Moon Palace or Man in the Dark or The Inner Life of Martin Frost”
- Dennis Barone, author of Beyond the Red Notebook

“Keeping up with the rate of Paul Auster’s fertile literary production is a struggle. As Auster’s prolific writing trajectory continues to provoke international fascination and controversy, the closely argued essays in The Invention of Illusions provide excellent assistance to understanding the sweep of that arc. Forgery, romance, 9/11, race, gender, hermeneutics, cinema - embracing a range of topical cultural issues, Ciocia and González have assembled a first-class set of critical perspectives on the work of a seminal American author, a writer who demands our intellectual and human engagement. Risking a cliché, this collection is required reading for scholars of American fiction in the 21st century.”
— Professor Tim Woods, Professor in English and American Studies at the University of Aberystwyth