Gender Scripts in Medicine and Narrative 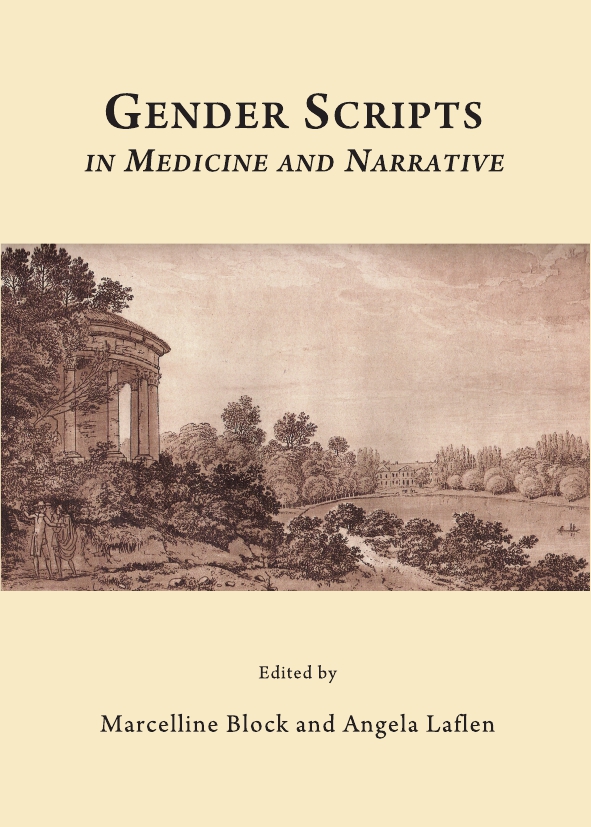 Gender is an exciting area of current research in the medical humanities, and by combining the study of medical narratives with theories of gender and sexuality, the essays in Gender Scripts in Medicine and Narrative illustrate the power of gender stereotypes to shape the way medicine is practiced and perceived. The chapters of Gender Scripts in Medicine and Narrative investigate gendered perceptions and representations of healers and patients in fiction, memoir, popular literature, poetry, film, television, the history of science, new media, and visual art.

The fourteen chapters of Gender Scripts in Medicine and Narrative are organized into four cohesive sections. These chapters investigate the impact of gender stereotypes on medical narratives from a variety of points of view, considering narratives from diverse languages, time periods, genres, and media. Each section addresses some of the most pressing and provocative issues in theories of gender and the medical humanities: I. Gendering the Medical Gaze and Pathology; II. Monitoring Race through Reproduction; III. Rescripting Trauma and Healing; and IV. Medical Masculinities.

Along with these sections, Gender Scripts Medicine and Narrative features a preface by Rita Charon, MD, PhD, Director and Founder, The Program in Narrative Medicine, Columbia University, a foreword by Marcelline Block, and an introduction by Angela Laflen. This collection takes a truly interdisciplinary look at the topic of gender and medicine, and the impressive group of contributors to the anthology represent a wide range of academic fields of inquiry, including medical humanities, bioethics, English, modern languages, women’s studies, film theory, postcolonial theory, art history, the history of science and medicine, new media studies, theories of trauma, among others. This approach of crossing boundaries of genre and discipline makes the volume accessible to scholars who are concerned with narrative, gender, and/or medical ethics.

Click here for a recent review of this title.

Angela Laflen is an Assistant Professor of English at Marist College. Her research focuses on contemporary literature, postmodernism, and visual rhetoric and has appeared in Mosaic, Modern Fiction Studies, and Studies in Canadian Literature.

Marcelline Block (BA, Harvard; MA, Princeton; PhD candidate, Princeton) is Lecturer in History at Princeton. She edited Situating the Feminist Gaze and Spectatorship in Postwar Cinema (Cambridge Scholars, 2008; 2010); co-edited “Collaboration,” a special issue of Critical Matrix (vol. 18, 2009), and co-edited Gender Scripts in Medicine and Narrative (Cambridge Scholars, 2010). She contributed chapters to anthologies including The Many Ways We Talk about Death in Contemporary Society: Interdisciplinary Studies in Portrayal and Classification (2009) and Vendetta: Essays on Honor and Revenge (2010). Her articles have appeared in the journals Excavatio, vol. XXII: Realism and Naturalism in Film Studies (2007); The Harvard French Review (2007), and Women in French Studies (2009, 2010). Her writing has been published in French in Vingtième Siècle: revue d’histoire (vol. 96, 2007) and in Russian in Русское арт-зарубежье: Вторая половина ХХ века - начало ХХI века/Russian Art Beyond Borders: Late 20th Century-Early 21st Century (2010).

“In light of current debates over healthcare, this volume could not be more timely. As a whole, it critiques the claim of the mimetic and objective, recognizes the instrumentality of representation, and examines definitions of normal and the stigmatization of disease and disfigurement. These chapters underscore the collection’s historical range and geographical diversity. Each essay highlights the uniqueness of a specific moment, but also points towards the continuity of narrative, representational models and their interpretation across cultures.”
—Carl Fisher, Chair, Comparative World Literature and Classics, California State University Long Beach

“The topic of the book is timely, innovative, important. What is important about the volume is its emphasis on issues of medicine in representation and its focus specifically on gender. A further innovative aspect is its interdisciplinary focus including American and European literature, the media, philosophy and cultural studies and medicine. Articles are on a broad range of texts from classic fiction to House MD and Children of Men (2006). It will be a valuable contribution to the fields of medicine, narrative, literature and the media.”
—E. Ann Kaplan, Distinguished Professor of English and Comparative Literary and Cultural Studies, Stony Brook University; Director, The Humanities Institute at Stony Brook; Past President, The Society for Cinema and Media Studies

“The volume conjoins important new areas of study in gender, medicine and cultural studies of medicine. One of its great strengths is its historical and disciplinary range from a consideration of medieval art to contemporary television. The essays include treatments of the medical gaze in literary works as well as engagement with the literariness and visuality of medical publications. The emphasis on gender gives this volume a tight, unifying focus. I am persuaded that it will have a broad audience among scholars across disciplines and will be widely taught.”
—Priscilla Wald, Professor of English and Women's Studies, Duke University