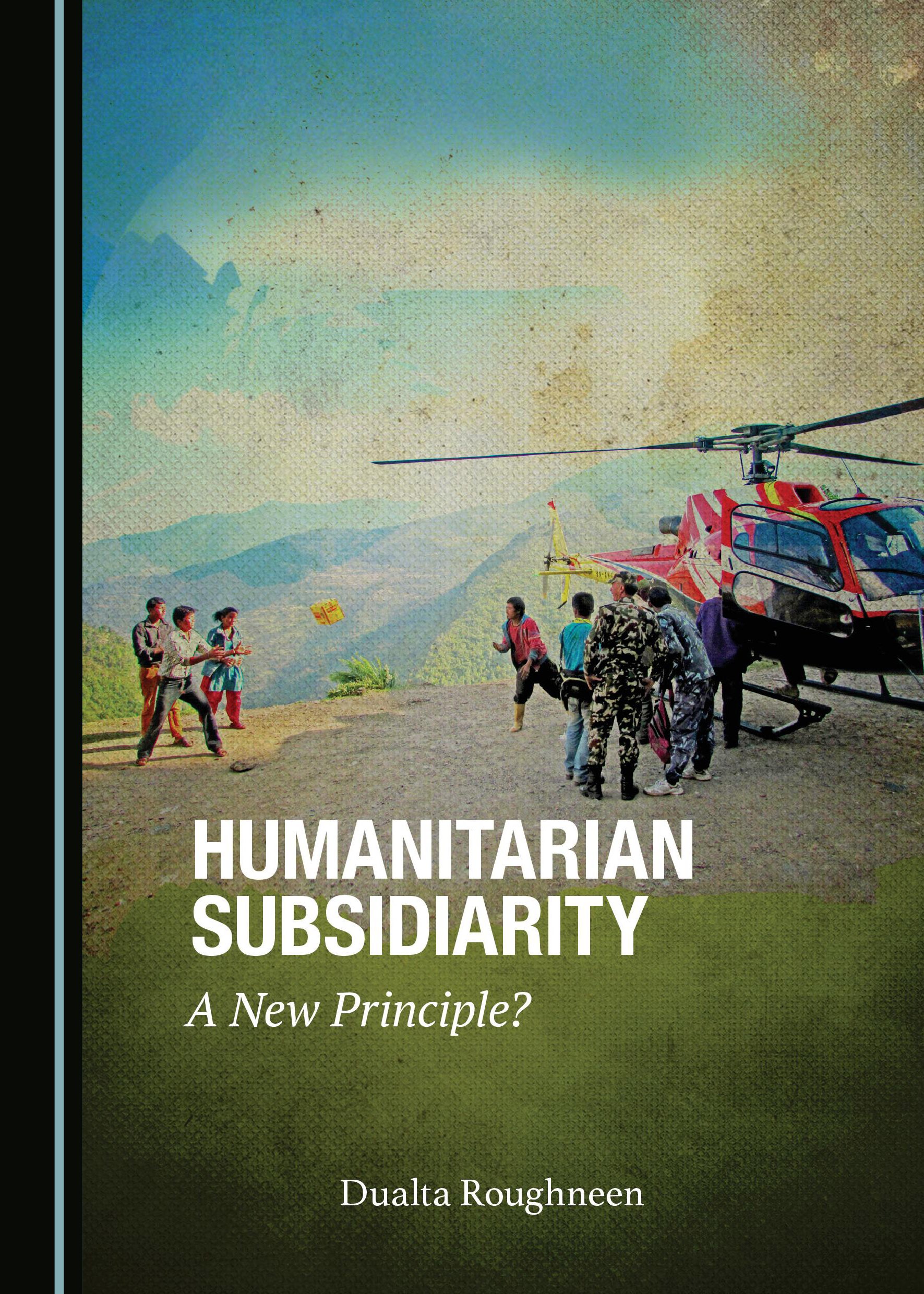 Subsidiarity is not a new idea, having been discussed either implicitly or explicitly for centuries. From Aristotle to the International Criminal Court, subsidiarity has been considered a means of framing the interacting spheres of sovereignty and levels of responsibility between individuals and the social and political order. The Catholic Church and the European Union have put forward the two clearest definitions of subsidiarity, representing the social order in the former and the political order in the latter.

Subsidiarity as a humanitarian principle offers the possibility of a decision making framework that puts disaster affected populations at the centre of humanitarian response.

Dualta Roughneen is a graduate Civil Engineer of the National University of Ireland, Galway, and holds an MSc Degree in Human Rights from University College Dublin. He has worked in Sudan, Afghanistan, Liberia, North Korea, Ethiopia, Niger, Cameroon, Philippines, Sierra Leone, Nepal and the Central African Republic for the Non-Governmental Organisations GOAL, Concern Worldwide and Plan International primarily in the field of emergency response management and water supply and sanitation.

"This is an extremely timely and insightful publication. Dualta Roughneen has systematically interrogated the disparate applications of the subsidiarity concept to demonstrate its utility in humanitarian action discourse. It provides the crystallising international humanitarian system with a much-needed steer to complement all that is good about the delivery of principled humanitarian action, while honouring the key message of the consultative process for the World Humanitarian Summit – to put disaster affected people at the centre of humanitarian action."

"It is a truism to say that our world today is more precarious and unpredictable than we can ever imagine, and yet in many ways the globalization of the world and its media has rendered us immune to the horror that unfolds on our TV screens each evening – particularly in the Middle East, in the Mediterranean and in parts of Africa. It is often taken for granted, particularly in Western discourse, that meaningful engagement from outside bodies in crisis and humanitarian disasters is always inherently right and even helpful. However, as this book so carefully argues, we in the West need to constantly re-interrogate and reassess our approaches and actions with respect to local populations and indigenous peoples in crisis situations, particularly in ‘younger’ countries that are emerging from long periods of colonial repression. Surely the most effective of initial humanitarian responses is to allow local populations the freedom and wherewithal to make decisions in crisis situations rather than “higher level” outside bodies simply “telling people what to do”. In this excellent book, Dualta Roughneen succinctly argues that the humanitarian system as a whole be designed to empower the people most affected by the crisis in the first instance, and actions and decisions which affect such populations should only be made once the humanitarian imperative and the exigencies of the context call for it and when the victims at the centre of such disasters have outlined what they see as the most appropriate and socio-culturally effective response. Subsidiarity as a humanitarian principle provides a powerful framework for this as Roughneen so ably demonstrates. He is to be commended on this excellent and very-readable work, a volume which is a must-read for both the practitioner and anyone concerned with the terrible suffering many of our fellow human beings continue to endure in the present day."