Sex and Sexuality in a Feminist World 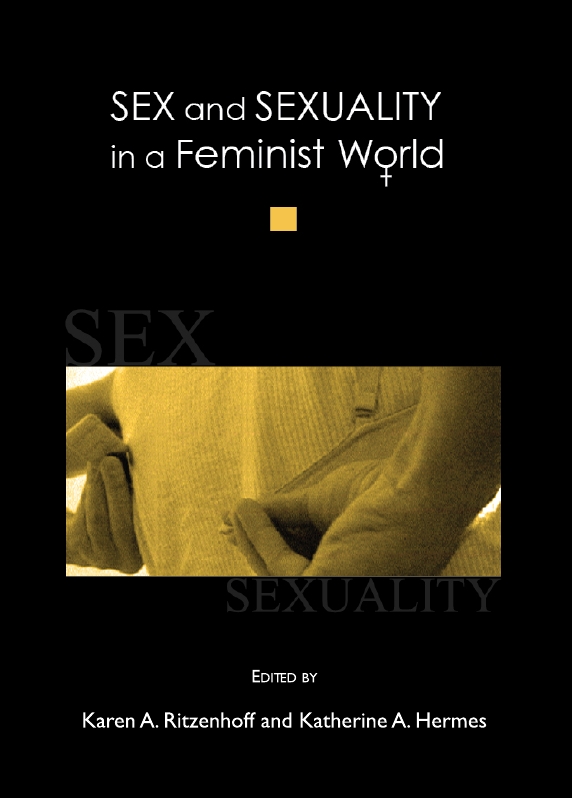 Sex and sexuality are topics that have defined feminism since its inception. What has changed is that there is now a generation of feminists and scholars who are comfortable not only to write in their own disciplines but who incorporate feminist ideas in their research. This book assembles a variety of essays, most of which were written especially for this collection, that negotiate sex and sexuality in historical contexts as well as in contemporary times. There is a common ground of history and (popular) culture among the articles. While different theories of feminism operate in these essays, feminist lenses have allowed the reevaluation of familiar topics from early religious practices to medieval literature to current films and advertising.

The authors represented in this collection range from established feminist and gender scholars to those who employ feminist theoretical frameworks in their respective disciplines.

Katherine A. Hermes is an Associate Professor of History at Central Connecticut State University (CCSU) and has published in the fields of Native American law and Native American women’s communities of the seventeenth and eighteenth centuries. She coordinated the Women, Gender and Sexuality Program (WGSS) at CCSU with Karen A. Ritzenhoff from 2005-2007. Dr. Hermes earned her J.D. from Duke University School of Law and her Ph.D. in History from Yale University. She was a lecturer in history at the University of Otago from 1992 to 1997.

Karen Ritzenhoff is an Associate Professor in the Department of Communication at CCSU and also a member of the Program for Women, Gender and Sexuality Studies (WGSS). She teaches courses on women and film, mass media, visual communication and television production. Her most recent work focuses on international documentary films, the German-Austrian director Michael Haneke as well as new editing conventions in Hollywood movies. She is the founder and Chair of a biennial “women and film festival” that takes place at CCSU as well as the New Britain Museum of American Art. A book project on Screen Nightmares in German is under contract with the Schueren Verlag, Marburg for 2009.

How do we articulate these connections between feminist concerns about sex and sexuality and their live enactments in the world? Numerous examples of the complex entanglements of feminist perspectives and aspirations and the world – or what we might better describe as the subsumption of their aspirations into new projects of exploitation – urge new critical interventions not only in our collective efforts to shape the present and the future, but also, towards that end, in our efforts to understand the past. To live in a feminist world is, after all, to engage with the paradoxical consequences of feminist accomplishment as well as to grapple with the unrealized promise of feminist goals.”
—Neferti Xina Tadiar is a Professor of Women’s Studies at Barnard College and Director of the Center for Critical Analysis of Social Difference in Columbia University.

"Sex and Sexuality in a Feminist World is a thought provoking read using a variety of topics to address the reciprocal relationship between culture and gender roles. The essays utilize a multidisciplinary lens to highlight the impact of popular culture on challenging norms and shaping gender identities, thus shedding light on inequities and inconsistencies that impact the behavior of men and women in society."

— Cheryl L. Meyer has blended together a unique combination of degrees including a Master’s degree in Clinical Psychology, a Ph.D. in Social Psychology and a law degree. Her research has an interdisciplinary focus incorporating legal, educational, psychological and sociological perspectives. Dr. Meyer has published three books with New York University Press, The Wandering Uterus (1997), Mothers who Kill their Children: Understanding the Acts of Moms From Susan Smith to the 'Prom Mom' (2001), and When Mothers Kill: Interviews from Prison and has recently won the Outstanding book of the year" award from the Academy of Criminal Justice Sciences (www.acjs.org). Dr. Meyer is a Professor at Wright State University School of Professional Psychology.