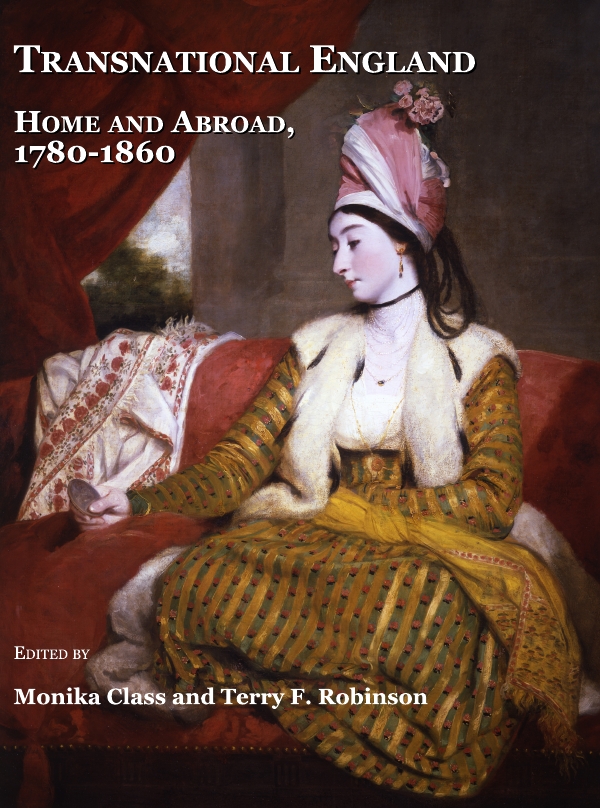 The rise of the modern English nation coincided with England’s increased encounters with other peoples, both at home and abroad. Their cultures and ideas—artistic, religious, political, and philosophical—contributed, in turn, to the composition of England’s own domestic identity. Transnational England sheds light on this exchange through a close investigation of the literatures of the time, from dramas to novels, travel narratives to religious hymns, and poetry to prose, all of which reveal how connections between England and other world communities 1780-1860 simultaneously fostered and challenged the sovereignty of the English nation and the ideological boundaries that constituted it.

Featuring essays from distinguished and emergent scholars that will enhance the literary, historical, and cultural knowledge of England's interaction with European, American, Eastern, and Asian nations during a time of increased travel and vast imperial expansion, this volume is valuable reading for academics and students alike.

Monika Class holds a D.Phil. in English Literature from the University of Oxford.

Terry F. Robinson is a Ph.D. Candidate in English Literature at the University of Colorado at Boulder.

“This absorbing collection brings to light the extent to which British Romantic and Victorian literary and performance culture was saturated by transnational influences. From the sacramental to the salacious, from the centralities of the canon to the creolizing peripheries, 'English Literature' in its most 'nationalist' phase is revealed as a dynamic palimpsest of cultural confluence. In a series of detailed and beautifully crafted essays the scholars represented here collectively make a compelling case for the interwoven presence of American, Asian and European elements at the heart of imperial Britain.”
—Susan Manning, Grierson Professor of English Literature and Director of the Institute for Advanced Studies in the Humanities (IASH), University of Edinburgh

“In Transnational England, established scholars and newer voices discuss England's productive yet problematic international encounters as reflected in Romantic literature, and in the spheres of theatre, religion, and travel. Refreshingly original and often provocative, these essays propose that we recognize, among other things, a ‘women’s cosmopolitanism’ emerging in English Romantic drama and a transnational hymnody in the Anglican Church; they expose the difficulties involved in Blake’s patriotic stance and argue that Coleridge’s most distinctive achievements are most deeply engaged with German literature; they demonstrate how descriptions of foreign food and depictions of ‘home’ can call British national identity into question. This collection makes highly stimulating reading for students and scholars of Romanticism, especially those engaged with the compelling subjects of national identity, international relations, imperialism, and comparative literature.”
—Angela Esterhammer, Professor of English Literature, University of Zurich, and Distinguished University Professor of English and Comparative Literature, University of Western Ontario