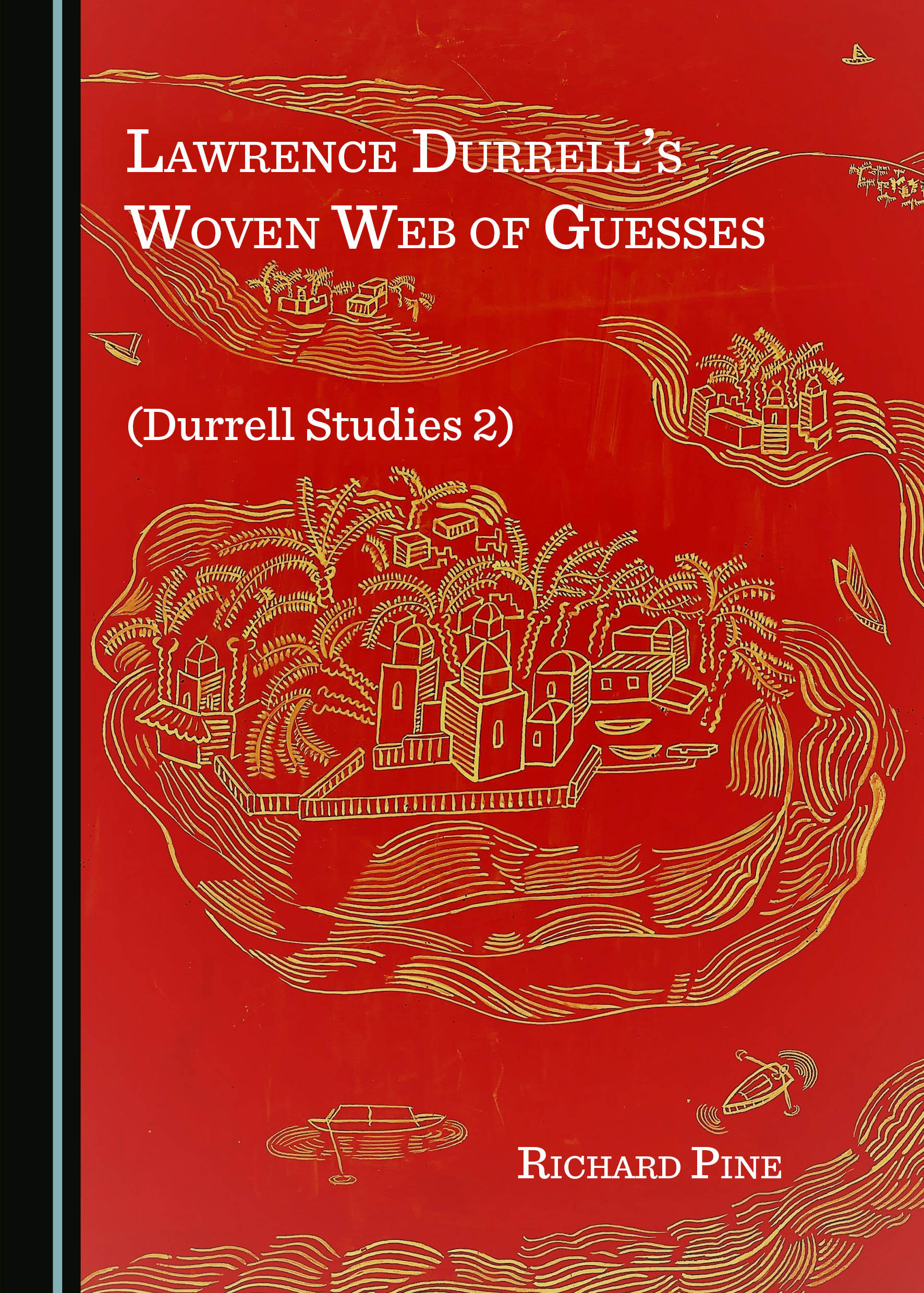 First, the title: I chose the expression “A woven web of guesses” as the signpost to these essays on Lawrence Durrell because it expresses the complex fabric of his life and work. The phrase comes from the pre-Socratic philosopher Xenophanes of Colophon (c. 570 – c. 478 BC): “As for certain truth, no man has known it. If by chance he were to utter the final truth, he would himself not know it: for all is but a woven web of guesses”.

I have been writing about Lawrence Durrell since the early 1970s. We met in Dublin in 1972, when he described my work as “the best unpacking of my literary baggage that I have heard”. Although I have written two books about him (The Dandy and the Herald: Manners, Mind and Morals from Brummell to Durrell [1988] and Lawrence Durrell: The Mindscape [1994/2005]), there is always something more to be said. These essays are the result of long thinking about his life and work, with the sort of new insights that come as one ages and establishes new perspectives on life and literature.

Living in Corfu, where Lawrence Durrell lived with his first wife, Nancy Myers, from 1935 to ‘39, has given me an important insight into his appreciation of Greek ideas and landscapes. Founding the Durrell School/Library of Corfu in 2001, as a forum for the discussion of the lives and works of both Lawrence and Gerald Durrell, helped me to develop worldwide contacts with scholars and people who knew them and can provide information and understanding of their personalities and what drove them in their chosen fields of expertise.

What research have I conducted? I spent two protracted periods at the major Durrell archive in Southern Illinois University in Carbondale, but the most significant “breakthrough” in my research was the discovery, in his home in Sommières in France (where he lived from 1966 until his death in 1990), of a notebook labelled “Corfu/Egypt”, in which he laid out the entire “groundplan” (as he called it) for his life’s work. As such, Corfu took on a second, more profound significance for me, because I realised that it became the starting-point for all his ideas and provided him with the framework within which he would explore them: The Black Book (1938), The Alexandria Quartet (1957-60), Tunc-Nunquam (1968-70) and The Avignon Quintet (1974-85).

Corfu was also the place where he wrote the novella The Magnetic Island (which is also set there), which we published for the first time (with lovely line drawings by Nancy Durrell) in 2019. Greece affected him very deeply: in his centenary year (2012), we published The Placebo, the draft of what became his novel Tunc, which is unique in that it is set entirely in Greece. These and other publications, and the establishment of the Durrell Library of Corfu, have enabled me to pursue “Durrell Studies” in a more focused and intense way over the past two decades.

I feel very privileged not only because Durrell himself applauded my work, but because these and other discoveries have given me a unique insight into what I call his “mindscape”. Knowing Lawrence Durrell has immensely enriched my own life, and writing about him over the past fifty years has been a rewarding experience which I believe has also helped others towards a deeper appreciation of his work.

Lawrence Durrell’s Woven Web of Guesses looks at the writer’s relationship with Greece; his early association with Henry Miller, Anaïs Nin, Alfred Perlès and David Gascoyne; his difficulties as a philhellene in his professional work as a British civil servant in Cyprus; and his state of mental health at various stages of his life. It is by no means a definitive statement, but it draws together threads of his life and work which have not been previously studied in a single optic.

The inauguration of “Durrell Studies” under my general editorship has already resulted in two volumes, Lawrence Durrell’s Woven Web of Guesses and the essay collection Borders and Borderlands: Explorations in Identity, Exile and Translation (co-edited by myself and Vera Kondari), which will be followed by my The Eye of the Xenos, Letters about Greece. Several other monographs and volumes of essays are at the planning stage.

Richard Pine is Director of the Durrell Library of Corfu, which he founded in 2001, after long service with the Irish national broadcaster. His Lawrence Durrell: The Mindscape (1994/2005) is regarded as the most comprehensive and authoritative survey of the work of Durrell. His many other books include The Thief of Reason: Oscar Wilde and Modern Ireland (1995); The Diviner: The art of Brian Friel (1999); The Disappointed Bridge: Ireland and the Post-Colonial World (2014); and Minor Mythologies as Popular Literature: A Student’s Guide to Texts and Films (2018).  He has edited Lawrence Durrell’s novels Judith and The Placebo and two volumes of Endpapers and Inklings – Uncollected Prose 1933-1988. He is editor of the online C.20 – an international journal and a columnist on Greek affairs for The Irish Times.

Lawrence Durrell’s Woven Web of Guesses is available now at a 25% discount. Enter the code PROMO25 at the checkout to redeem.

Part of the series Durrell Studies:

The Eye of the Xenos, Letters about Greece (Durrell Studies 3) (coming soon)