Home / Buy A Book / Social Sciences / The Eye of the Xenos, Letters about Greece (Durrell Studies 3)

The Eye of the Xenos, Letters about Greece (Durrell Studies 3) 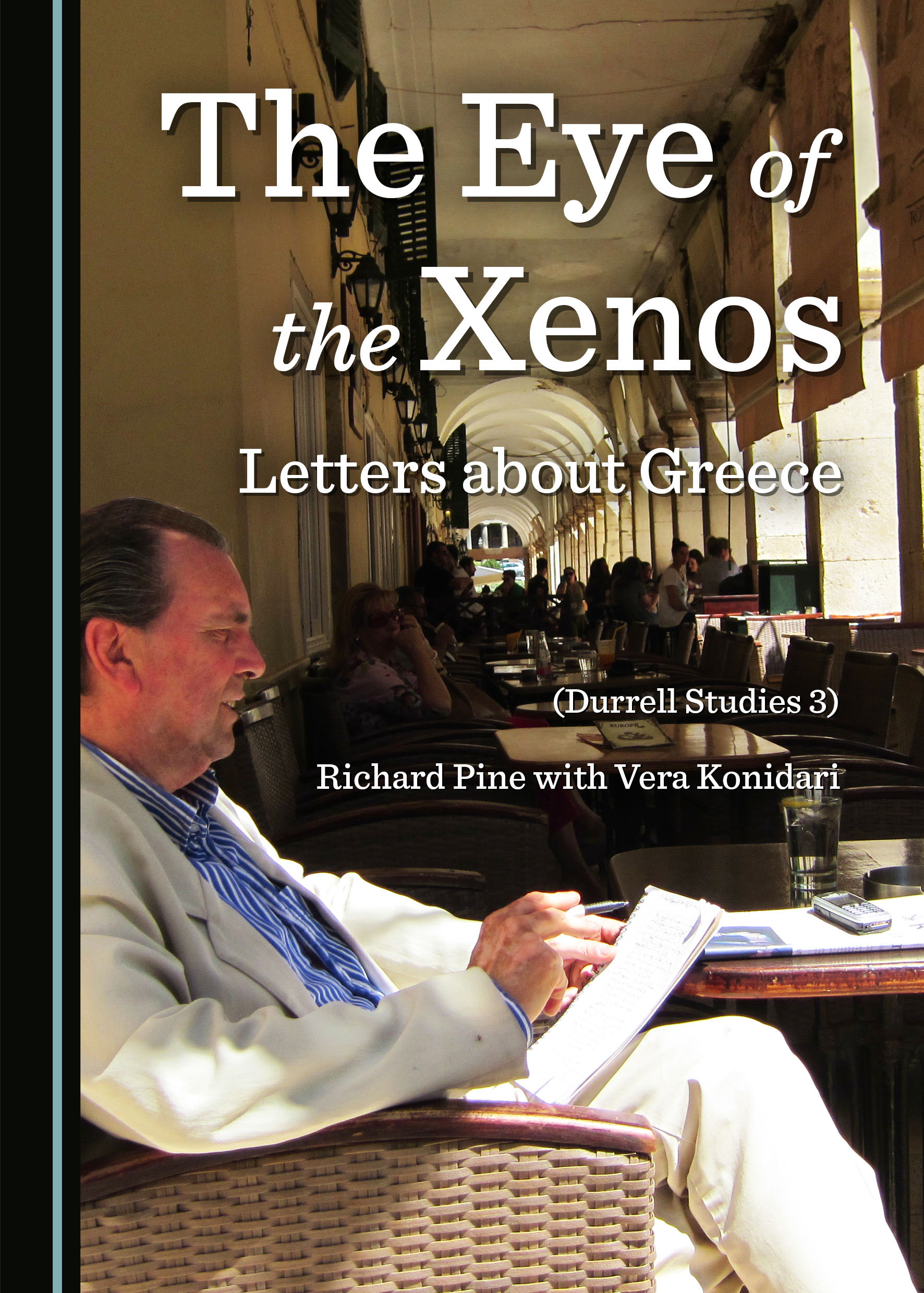 The condition of Greece, ever since its establishment as a sovereign state in 1830, has been the subject of intense international debate, centring on its pivotal role in the Balkans. This has been aggravated by Greece’s economic collapse in 2010 and by the ongoing refugee crisis, by environmental disasters, terrorism and the Macedonian question. This book’s analysis and assessment of Greek social, cultural and political life is trenchant, up-front and passionate, based on the author’s belief that one cannot love Greece without also mourning the fault-lines in bureaucracy and the dynastic politics which have dominated it since its inception. This book features a selection of the author’s “Letters from Greece” (from The Irish Times) and his “Eye of the Xenos”, from the Greek newspaper Kathimerini, in its entirety, in both English and a Greek translation, including columns which Kathimerini refused to print due to the nature of their political commentary.

Richard Pine is Director of the Durrell Library of Corfu. He is the author of many books on literature and music, including Lawrence Durrell: The Mindscape (1994/2005), The Disappointed Bridge: Ireland and the Post-Colonial World (2014), Greece through Irish Eyes (2015) and Minor Mythologies as Popular Literature: a student’s guide to texts and films (2018). He has edited Lawrence Durrell’s novels Judith and The Placebo, as well as Durrell’s Endpapers and Inklings – Uncollected Prose 1933-1988. He co-edited Islands of the Mind: Psychology, Literature and Biodiversity (2020) and Borders and Borderlands: explorations in identity, exile and translation (2021).

Vera Konidari teaches English at the 1st High School of Corfu. She previously lectured in the Department of Audio and Visual Arts and the Department of Informatics at the Ionian University, Greece. Her translations into Greek include Theodore Stephanides’ The Golden Face (2019) and Lawrence Durrell’s The Magnetic Island (2019). She co-edited Islands of the Mind: Psychology, Literature and Biodiversity (2020) and Borders and Borderlands: Explorations in Identity, Exile and Translation (2021), and is currently working on a biography of Theodore Stephanides.

“Richard Pine […] is passionately engaged with the life of the island and the wider Greek world. Nonetheless he proudly claims the identification of “xenos”, foreigner or outsider, and uses this vantage to deliver a frank commentary on his adopted country. […] In 2015, Pine published Greece through Irish Eyes, and his new collection again pinpoints ostensible similarities between the two countries: a history of struggles for independence from the resented domination of a larger neighbour; a traumatic memory of civil war; a frontier issue (in Greece’s case with Macedonia) that will not go away. Both countries have been subjected to condescending and prejudiced national cliches (Pine is very good on the “Balkanist” inventions of imperialist writers such as John Buchan). […] Pine is equally attuned to the ways in which Greece and Ireland differ. Though both countries suffered the infliction of “austerity” measures after the economic crash, Greece’s condition has remained critical. “Austerity”, Pine remarks, was a way of life in Greece before the word acquired its recent connotations: “first, the austerity of the landscape, climate and geography; second, the facts of history imposing a subsistence existence on the vast majority of the people; and third, the economic conditions under which its ‘independence’ has been conducted”.”
Roy Foster
Professor of History, London University; The Irish Times, 10th July, 2021

“Richard Pine was among the first international commentators to understand that the Greek debt crisis was not so much about economics as about national identity, and that the measures imposed from outside threatened to undermine something more profound even than national sovereignty, something he calls Greekness. This book is at its heart an exploration of this concept of Greekness, the essential spirit that distinguishes the Greeks.”
Denis Staunton
London Editor, The Irish Times

“With his roving ‘xenos’ eye, Richard Pine captures the essential spirit of Greece and, in so doing, evokes the schisms and strains of his adopted homeland. It takes lyricism, bravura and a certain tenacity to so deftly dissect a nation that rarely takes the commentary of ‘strangers’ well. This book is awash with all three.”
Helena Smith
Athens-based correspondent, The Guardian and The Observer