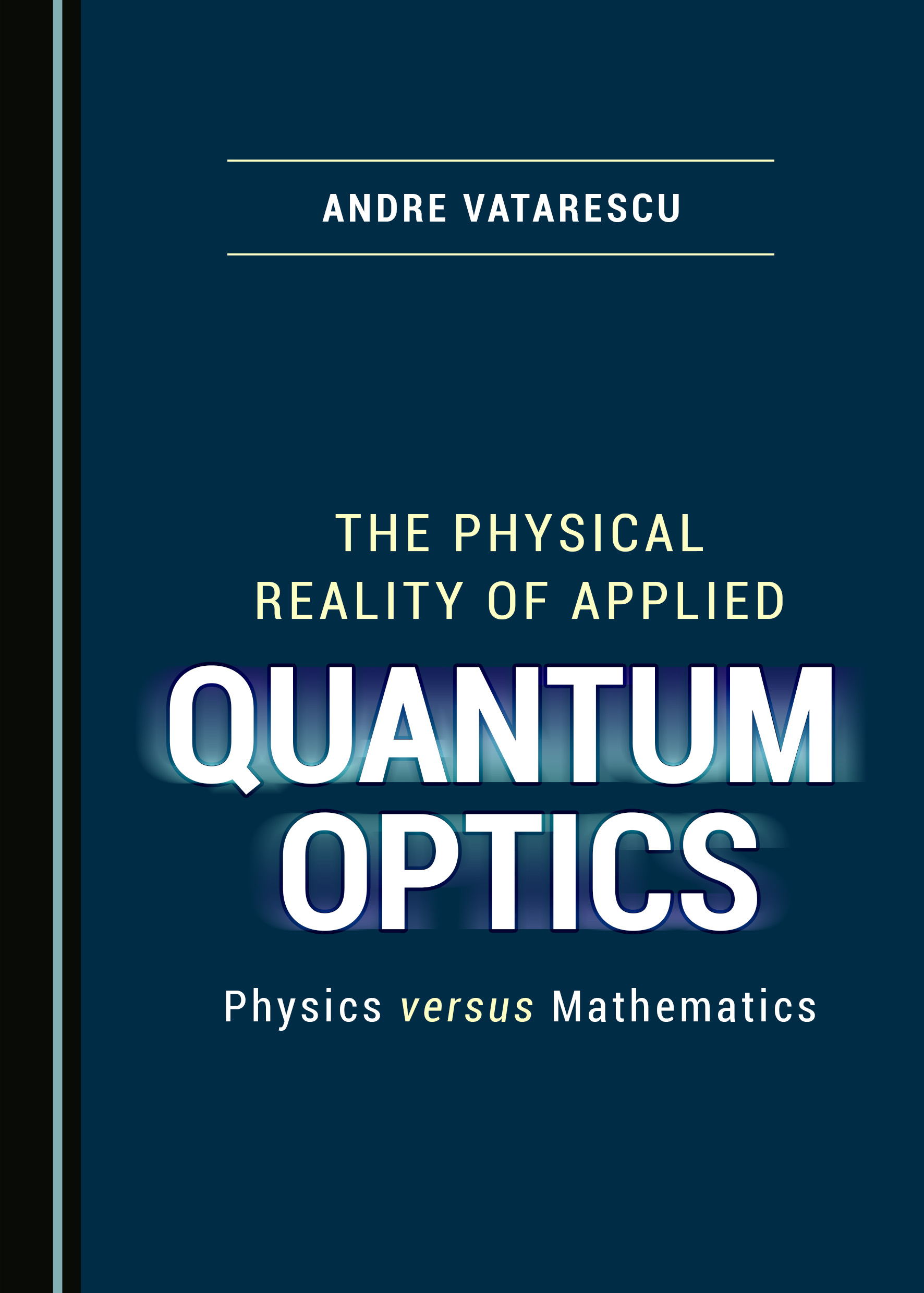 Summary: In Quantum Optics, the concept of quantum nonlocality would have one measurement of an entangled photon affect the outcome of a remote measurement of the other entangled photon. This would require sources for one single-photon per radiation mode, which, allegedly, underpins the one- and two-photon remote interference with, respectively, one photodetector and two photodetectors. However, the probability amplitudes are calculated with space- and time-independent global wavefunctions of an ensemble of measurements so that any alleged physical process could occur anywhere and at any time. The two photons required in each individual measurement for an interference pattern would reach the same photodetector at different times or reach, separately, two remote photodetectors at the same or different times.

A single photon cannot propagate in a straight line inside dielectric devices and components because of quantum Rayleigh scattering. As a result, the “entangled” photons are replaced by independent ones. By identifying a pure, and space- and time-dependent wavefunction, the intrinsic field of any photon can be specified and quantum Rayleigh coupling of photons between radiation modes can be modelled. The spatial and temporal field distribution of a photon is the same regardless of its origin.

Scrutiny of the optical sources reveals that groups of identical photons are, in fact, emitted per radiation mode, making the miracles of quantum optics rather identical to “classical” interference. The spontaneously emitted photons from a nonlinear crystal cannot avoid amplification despite the low levels of pump power, and a quantum dot placed inside a high Q-factor resonant cavity will operate as a poorly performing laser but, nevertheless, the single photon will be reflected and amplified before leaving the cavity.

Applications in Quantum Optics are allegedly based on the propagation of one single photon per radiation mode and on a lack of knowledge about the pathway taken by a photon from its source to the photodetector. This methodology of ignoring any physical process or interaction which is not consistent with the “lack of knowledge” approach is counterproductive because it stymies any practical understanding and development. In contrast, a fully scientific methodology grounded in the search for physically present processes and interaction mechanisms will provide a physically meaningful interpretation and open up new ways of designing and operating practical devices.

Single-photon sources (SPSs) are a crucial component of quantum optic schemes for the processing and transmission of data or information. The performance of SPSs is assessed by means of intensity correlation with a Hanbury Brown and Twiss (HBT) measurement, and two-photon coherence properties are specified with a Hong-Ou-Mandel (HOM) setup.

A major shortcoming of the conventional theory is the omission of the quantum Rayleigh spontaneous emission arising from photon-dipole interactions in a dielectric medium, which prevents a single photon from propagating in a straight line. Equally, the stimulated quantum Rayleigh emission enables a group of monochromatic photons to follow a straight line of propagation by having the other group of photons recapture the absorbed photon, thereby preventing spontaneous emission. The stimulated quantum Rayleigh emission may also couple two counter-propagating photons onto each other, depending on their relative phase when reaching the same electric dipole. The local and instantaneous photon-dipole interactions and exchange of photons between two photonic beams require a pure quantum wave function capable of delivering the number of photons carried by a photonic beam front, as well as the amplitude and phase quadratures of the beam front. The time- and space-dependent expansion coefficients of the dynamic and coherent wave function will comprise two consecutive number states, and the non-Hermitian field operators will return a complex value upon acting on this wave function. As an immediate application of the localised dynamic and coherent number states, the spatial and temporal extents of one photon’s intrinsic field can be obtained by combining the expectation value of the optical field operator and the expectation value of the electromagnetic vector potential.

As the statistical distribution of a global or mixed quantum state builds up experimentally from an ensemble of single measurements, the relevant physical processes manifest themselves at the level of single and individual events.

The spatial-temporal profile of a single photon is the same regardless of its origin. A group of monochromatic photons is described physically by the time-frequency representation of signals as the number of photons carried by a beam front varies with time.

It is the notation of global wavefunctions with no spatial or temporal dependence that conjures up an effect of quantum nonlocality, but the time- and space-dependent pure states associated with experimental outcomes contradict such an interpretation while providing physically meaningful interpretations for the measurements.

The core element of these measurements is a symmetric beam splitter (BS) which provides two alternative pathways—A and B—for one single photon entering a BS to reach a photodetector. When the two branches are brought jointly to the same detecting area, the emerging “entangled states” of the global ensemble distribution will give rise to a mathematical, non-vanishing interference term. “The observed intensity pattern results from the interference of the probability amplitudes of a single-photon to take either of two possible paths”. However, some physical contradictions arise as the two probability amplitudes corresponding to photons that reach the same photodetector at different times.

Any probability amplitude of a quantum event should be evaluated from wavefunctions that reflect the physical reality. Discarding temporal information—which becomes a lack of information—about the propagation pathway of a single photon does not create a physical effect; it can only mask or obscure the existence of physical interactions.

The quantum Rayleigh spontaneous emission (QRSE) in a dielectric medium replaces entangled photons with independent ones. A beam splitter does not conserve the number of photons passing through it because of the QRSE. For example, three photons entering through one input port of the BS are split at the dividing dielectric interface, with two photons being reflected and one transmitted to the output ports of the BS. The latter photon will most likely be scattered randomly by the QRSE and will not emerge from the second output port. As a result, the HBT measurement will indicate no coincidence for zero-time delay even though more than one photon initially impinged onto the BS.

Additionally, the statistics of a stream of single photons are distorted by an interferometric filter as multiple internal reflections occur randomly, and the relative time delays of photons vary. Equally, each photon carries an intrinsic optical field which is distinct from the probability amplitude of possible pathways.

A quantum dot “emits a cascade of photons and a single photon is obtained only through spectral filtering of one emission line”. High-finesse optical cavities incorporated in an HBT measurement setup distort the temporally regular sequence of single photons because of multiple internal reflections. The emerging stream may contain groups of a few overlapping photons, which may be unevenly split by a BS and reduced in number through the QRSE so as to generate no coincidence for a zero delay-time.

“Resonators with small mode volume and high-quality factors (Q-factors) enhance the light–matter coupling.” However, a high Q-factor indicates a build-up of energy inside the cavity, as a large number of photons do not leave the cavity after being emitted and reaching the output facet for the first time. The early photons emitted by a QD embedded in a resonant cavity of a dielectric structure of distributed Bragg reflectors (DBRs), may be reflected towards the excited quantum dot and be amplified, thereby giving rise to a time-varying spectral distribution which emerges from the “single-photon source” in the form of discrete pulses.

Overall, once the physically present effects and interactions are correctly identified, there are no quantum optic mysteries.

Andre Vatarescu obtained his MSc in Optical Physics from the Weizmann Institute of Science, Israel, in 1982, and his PhD in Optical Physics from the Australian National University in 1988. He recently resumed his research activities after retiring from his professional activities in optical transmission systems. Not being beholden to a limited physical approach, he noticed that the process of quantum Rayleigh scatterings in a homogeneous dielectric medium had been totally overlooked in any theory aimed at explaining experimental outcomes. He realised that, once the quantum Rayleigh conversions of photons are taken into consideration, the miraculous outcomes of experiments conducted in the quantum regime of a low number of photons can be easily explained.

The Physical Reality of Applied Quantum Optics: Physics versus Mathematics is available now in Hardback. Enter the code PROMO25 at the checkout for a 25% discount.